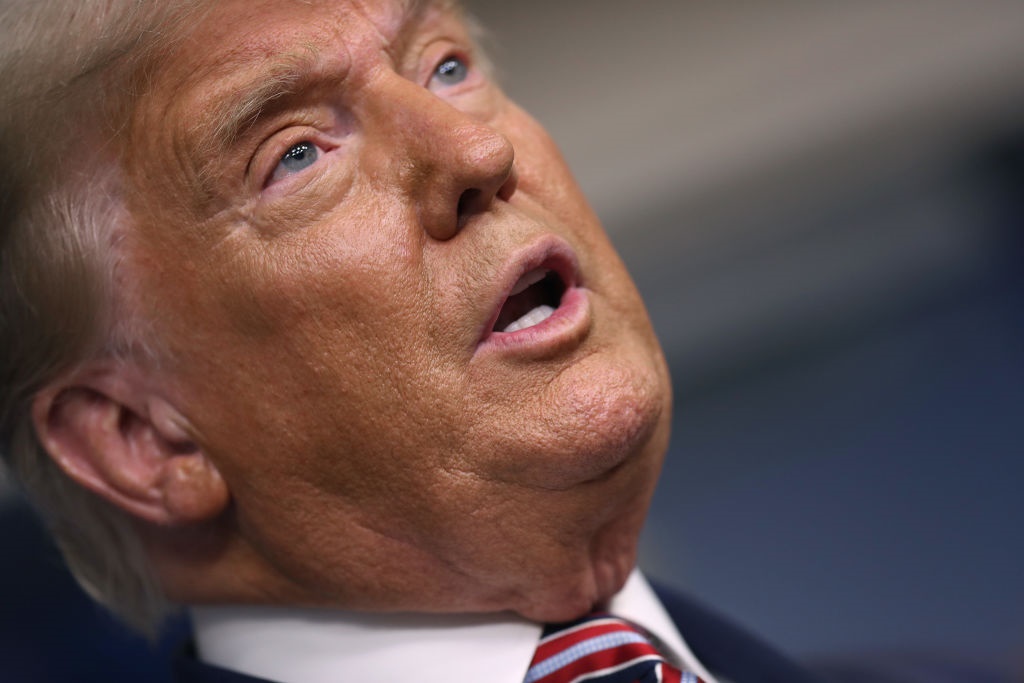 Donald Trump speaks in the briefing room at the White House on November 5, 2020 in Washington, DC. (Photo by Chip Somodevilla/Getty Images)

Even if Donald Trump fails to accept that he has lost the election and remains in the White House, the inauguration will take place, writes John Matisonn.

Four years of turbulence in a Trump presidency looks likely to end not with a bang but a whimper.

Two subdued public appearances that got lost in the smokescreen of the president’s offensive tweets portended it. His words were as offensive as ever, but his tone was a tone of defeat. With former vice president Joe Biden’s electoral college tally at 253 to Trump’s 213, four states tilting towards Biden could provide him with a final count of 306, 36 more than he needs to win and exactly what Trump got in 2016. Biden is also more than four million ahead in the popular vote.