John Steenhuisen | Citizens honoured the lockdown agreement, govt did not 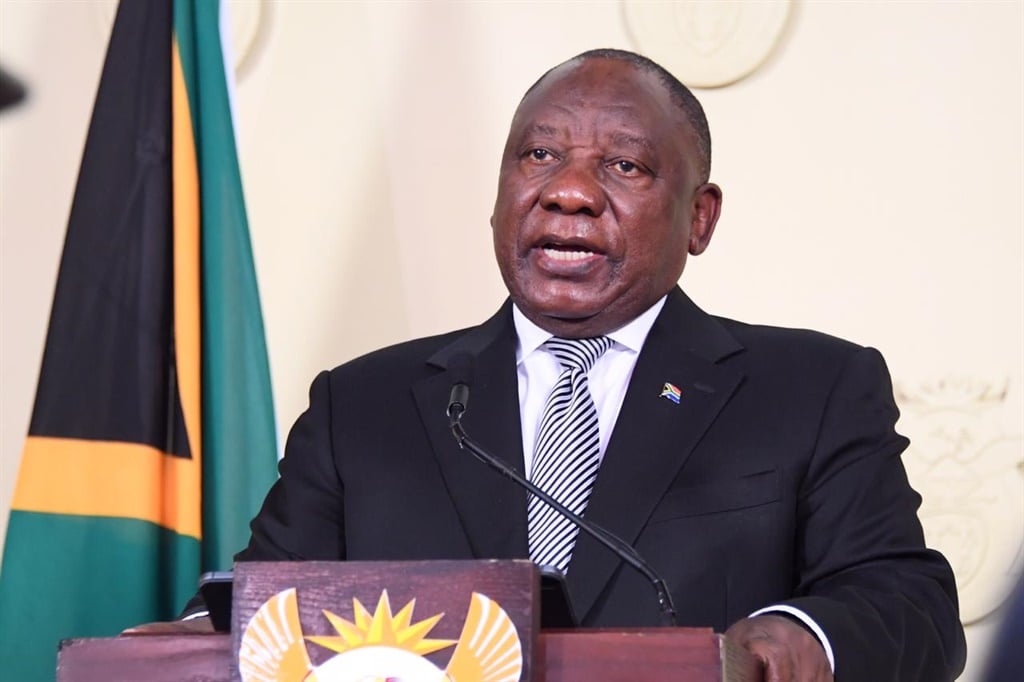 President Cyril Ramaphosa has broken a social compact with the citizens of the country, writes DA interim leader John Steenhuisen.

President Cyril Ramaphosa loves talking about a social compact – a voluntary agreement between citizens and government on how to cooperate for the good of society. In principle, this notion of individual and community contribution is a good thing. If we could inculcate this attitude throughout our society, our country would be stronger for it.

This social compact has become the president’s theme of late. Since the outbreak of the coronavirus pandemic, he has repeatedly reminded us of the importance of sticking to our end of the deal if we’re to have the best chance of making it through this crisis. But he has consistently overlooked one entire half of this agreement: government’s responsibility.

On Sunday evening, in his televised address during which he reintroduced aspects of the lockdown regulations in an effort to contain the spread of the virus, he gave us a grim warning of the wave of infections we’re about to encounter. And then he spent most of his speech berating citizens for their carelessness and their recklessness, laying the blame for our precarious position entirely at their feet.

Not a single word of acknowledgement of the heavy price paid by ordinary South Africans these past months, and not a single word of admission of government’s failure to meet the people halfway. It is astonishing that the president needs reminding of the two-way nature of this social compact, and of who has contributed what to date.

When he announced, back in March, that we would be entering a hard lockdown for a period of three weeks, the terms of the agreement were clear. South Africans would have to make massive sacrifices in shutting down their businesses, giving up their jobs and having to then feed their families with no income. In return, government would use these weeks to ready our hospitals and build our testing programme. They would work around the clock and no expense would be spared.

But three weeks became five weeks, then two months and then three months. By this time the devastation caused by the lockdown was so great that for millions there would be no jobs to return to, and surviving with no income had become permanent. People had sacrificed all they had in order to hold up their end of the social compact. It now turns out they did this for nothing.

President Ramaphosa’s ANC government has nothing to show for all this sacrifice and devastation. The sole purpose of the lockdown was to prepare the country’s healthcare response, and this was not done. From March to July, government’s testing programme has fallen woefully short of meeting any kind of meaningful target, and they have, to date, produced only one field hospital across eight provinces that is ready to receive patients.

You wouldn’t know this from Sunday evening’s address though. In between scolding the bad citizens of South Africa for spreading the virus, President Ramaphosa tried to spin some hospital numbers to pre-empt the questions that would no doubt follow. He told us of having made available 28 000 hospital beds for Covid patients and of "functional field hospitals" that have been constructed across the country. But none of that is particularly honest.

Those 28 000 beds aren’t new. They’ve simply been set aside for Covid patients. And, as confirmed by Health Minister Zweli Mkhize in an answer to a parliamentary question, the so-called "functional field hospitals" are mostly just sites earmarked for use. Apart from Nasrec in Gauteng, where some patients have been received, they are empty warehouses, empty tents and bare construction sites. They have no beds, no equipment, no oxygen tanks, no doctors, no sisters and no nurses.

Nasrec, which was originally a quarantine facility, is now trying to install oxygen points and staff the place. This should have been done months ago. As far as we can tell from the deliberately opaque reporting on the matter, Gauteng’s other "field hospitals" at Diepsloot, Soshanguve, Midrand, Daveyton and the Tshwane Expo Centre are still in the planning phase.

In the Eastern Cape, it is only the Volkswagen-built Chabula-Nxiweni Field Hospital that is partially operational. The tender in that province has now gone out for field hospitals to be ready in October. So what has been happening since March? The infection spike is starting now, not in three months’ time.

In the other provinces the "functioning field hospitals" of President Ramaphosa’s speech are little more than a list of approved sites or projects awaiting the awarding of a contract. If it weren’t for the efforts of the private sector, where the likes of Volkswagen in the Eastern Cape and Anglo American and Platinum Health in the North West Province bankrolled the development of field hospitals, these provinces would have been nowhere.

Consider that, over the same period, the Western Cape government managed to equip and staff no less than four fully-functional field hospitals at the CTICC, Khayelitsha, Brackengate and Sonstraal. These facilities have a combined total of 1 482 beds and have been treating Covid-19 patients for weeks now. They form a crucial part of the province’s healthcare response, and without them hospitals would certainly have been overwhelmed.

The Western Cape’s public healthcare has taken great strain over the past two months, but it is coping because a lot of work went into preparing for the crisis. This is the only government – national or provincial – that has honoured the social compact by matching the sacrifices of the people with its own efforts to shore up healthcare capacity. Everywhere else, the social compact has turned out to be a scam.

On Monday evening, Minister Mkhize convened an urgent online meeting with provincial Health MECs and HODs, asking them to report on their provinces’ status regarding, among other things, hospital beds, staffing challenges and oxygen supplies. This is no doubt in response to the president’s grand claims the night before of bed numbers and supposedly functioning field hospitals. It’s too late though. That meeting should have happened in March.

President Ramaphosa’s misplaced tirade of blame was a profound insult to South Africans who gave up all they had when asked to do so. They are not to blame for our healthcare crisis. Government is. Next time the president wants to speak of a social compact, I‘d advise him to focus entirely on his side of the agreement.

Related Links
Ralph Mathekga | A stricter lockdown was not an option
Cyril Ramaphosa | The coronavirus storm is upon us
EDITORIAL | Be angry at partygoers, not Ramaphosa, for new booze ban
Share
Next on News24
OPINION | When the Stockdale Paradox moment beckons for the ANC