Lana Marks: The US and South Africa are stronger together 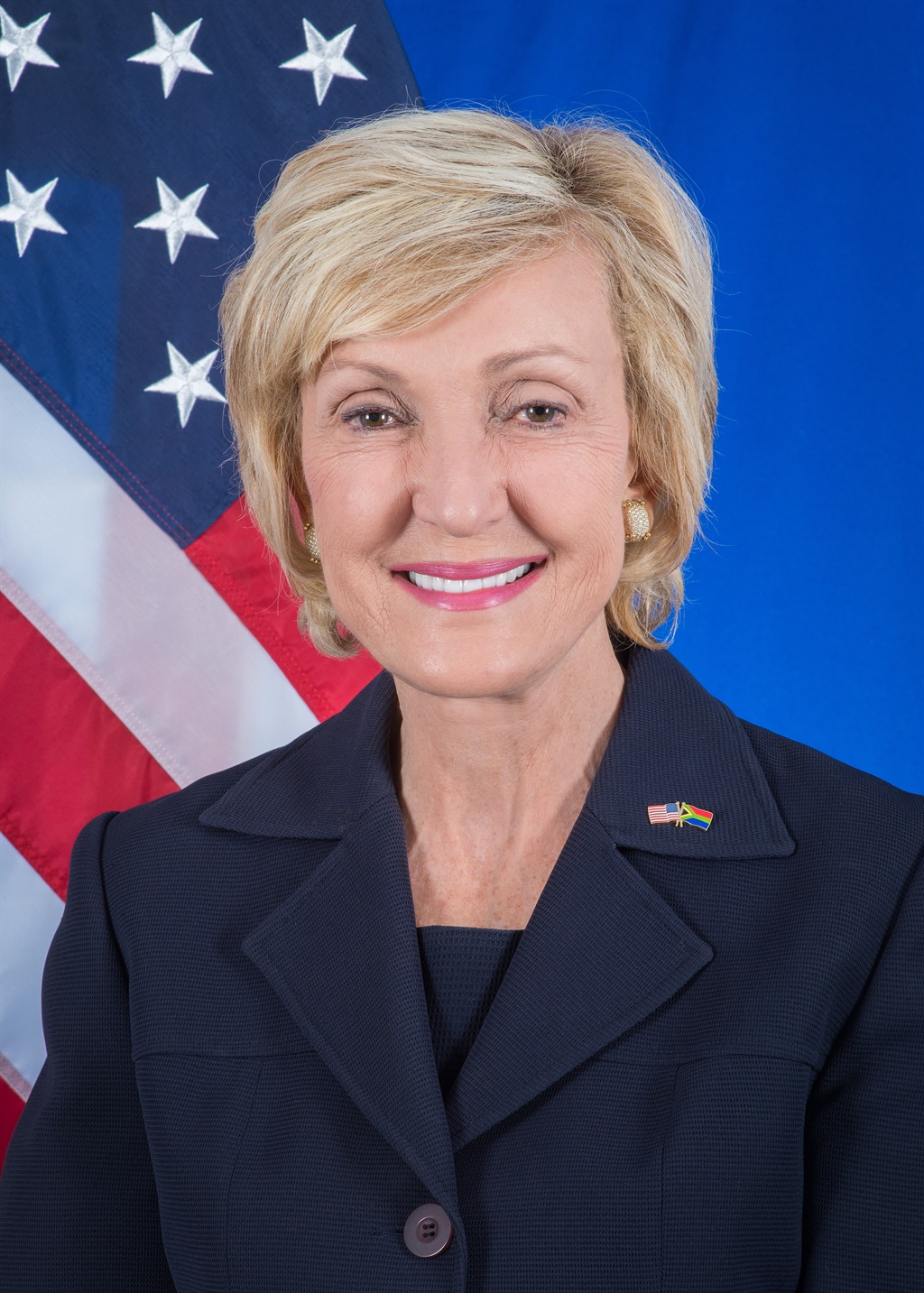 Lana Marks, Ambassador-designate of the United States of America to South Africa.

As the senior US diplomat in South Africa, and as a determined businesswoman myself, I will especially strive to help more women to achieve their professional goals, including reaching senior levels of management, writes Lana Marks.

As a young girl growing up in East London, and as a young woman starting a small business from my kitchen table in Miami, little did I imagine that the road ahead would one day lead me here – to drafting my first message as the Ambassador-designate to the country of my birth.

Throughout my journey from East London to America's East Coast, I have always retained my love for South Africa. In 1994, watching from my home in the United States, I was filled with great pride and emotion as South Africa, the country of my birth, elected Nelson Mandela as its president. The peaceful transition, after the brutal era of apartheid, inspired the world – and continues to inspire me today.

There are deep, long-standing ties of affection that bind the people of the United States and South Africa together. The tremendous victory of the Springboks in the Rugby World Cup – and especially the powerful message of unity and determination spoken by the team's remarkable captain, Siya Kolisi – was an inspiration not just to South Africans, but to Americans as well. As such, I would like to borrow a theme from that historic weekend: the United States and South Africa, indeed, are stronger together.

In this spirit, I wish to foster a new era of engagement between our two countries from the outset. I am here to facilitate, in any way I can, this dialogue. From boardrooms to classrooms, agricultural fields to athletic fields, business councils to the UN Security Council, and from the White House to the Union Buildings, our governments, businesses, and people share a robust partnership. Drawing on my knowledge of both countries, and the skills I have developed as an entrepreneur, business leader, and mentor across the globe, my aim as US Ambassador is to grow and strengthen this partnership. I commit to doing my utmost in my new role to bring our people even closer together for the mutual benefit of the citizens of both countries.

And I hope that this partnership will extend beyond government. I look forward to visiting your towns and villages, from Durban to the Drakensberg, from Soweto to Port Elizabeth. I spent 22 years living in this beautiful country, and have spoken three of the 11 official languages – though my isiXhosa is rusty. I want to hear from South African and American businesses, universities, and organisations about their ideas for how to expand these efforts and create new avenues for partnership that will build the next generation of leaders, and create jobs for young South Africans.

Since my swearing-in last month, I have been back and forth to Washington DC, immersed in dozens of briefings and consultations. I am happy to report that in each of these meetings, the common thread was the enthusiasm, if not unbridled excitement, for the road ahead.

On a recent trip to the Center for Disease Control (CDC) in Atlanta, I met with the directors of the Center for Global Health. For over 15 years, the United States has partnered with the South African government to save lives and end the HIV/AIDS epidemic through the US President's Emergency Plan for AIDS Relief, or PEPFAR. Since 2004, we have invested more than R80bn in South Africa to support HIV prevention and testing, and link people living with HIV to life-saving antiretroviral treatment, in order to ensure they have the opportunity to live longer, healthier, and happier lives. I consider it crucial to achieve epidemic control, and consider the continuation of this work to be one of my most important goals as Ambassador.

As one the largest and most developed economies in Africa, South Africa is a key economic and trading partner for the United States. The more than 600 American businesses operating in South Africa contribute about 10% of South Africa's GDP. Last week, Minister of Trade and Industry Ebrahim Patel and Scott Eisner of the US Chamber of Commerce launched the US-South Africa Business Council at the South African Investment Conference in the presence of President Cyril Ramaphosa.

Also last week, the Ford Motor Company showed what can be achieved through public-private partnerships with the launch of the Tshwane Automotive Special Economic Zone, which is expected to create 6 700 jobs. American companies will continue to be a strong and powerful force for inclusive economic growth and development in South Africa, and make both of our countries more competitive globally.

This is a great start. But, I intend to greatly expand our business partnership, to make the United States South Africa's premier trade and investment partner.

On a personal level, I believe strongly in the role that youth can and must play in leading the way to a more prosperous future. Through our many initiatives, such as the Young African Leaders Initiative, the United States continues to invest in South Africa's next generation of civic, government, and business leaders. As the senior US diplomat in South Africa, and as a determined businesswoman myself, I will especially strive to help more women to achieve their professional goals, including reaching senior levels of management. I will draw on my experience as a member of Harvard University's Kennedy School of Government's Women's Leadership Board, as part of Georgetown University's Women's Leadership Initiative, and as the US representative at the Women Business Leaders Summit.

On the unique occasion of joining you as the United States' Ambassador-designate to South Africa, I wish to echo the sentiments of John Adams, when he was appointed the new – and first – ambassador to the Court of St James. To paraphrase, he noted: I shall esteem myself the happiest of people if I can be instrumental in restoring confidence and affection between our nations. I can think of no greater goal, or greater honor. Working together, the United States and South Africa can strengthen our economies, make our citizens' lives healthier, and shape tomorrow's leaders. Masijongeni Phambili!

- Lana Marks is Ambassador-designate of the United States of America to South Africa.

We live in a world where facts and fiction get blurred
In times of uncertainty you need journalism you can trust. For only R75 per month, you have access to a world of in-depth analyses, investigative journalism, top opinions and a range of features. Journalism strengthens democracy. Invest in the future today.
Subscribe to News24
Related Links
WATCH | Former US President Jimmy Carter in hospital for surgery
Madonsela: Social injustice a great threat to democracy
On her Marks: US ambassador to arrive in SA this weekend
Next on News24
Tinyiko Maluleke | The #LindsayDentlinger saga: Was the eNCA reporter racist?

Here are your Lotto and Lotto Plus results
Full list of lottery results
Lockdown For
DAYS
HRS
MINS
Voting Booth
When a Covid-19 vaccine for under 16's becomes available, will you be taking your children to get it?
Please select an option Oops! Something went wrong, please try again later.
Yes, immediately!
38% - 4070 votes
I'll wait to see how others respond
26% - 2770 votes
No, I don't think they need it
36% - 3910 votes
Previous Results
Podcasts
PODCAST | MISSING MATTHEW EPISODE 3: Decades of false starts add to a family's despair