OPINION | Alison Towner: Shark tales - there is a reason to see the glass half-full 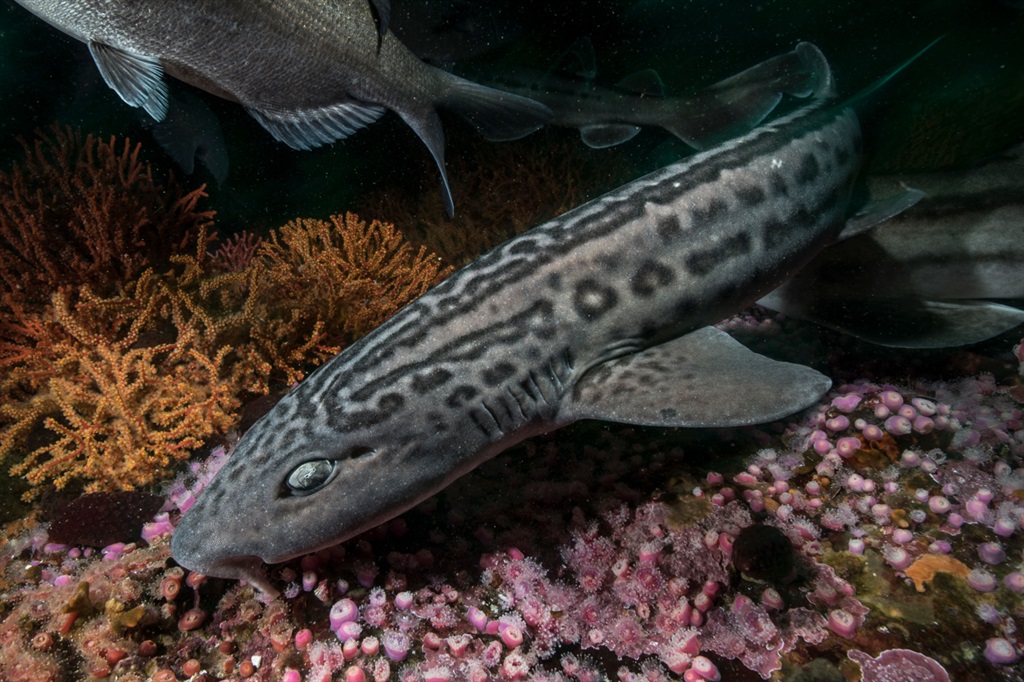 South Africa’s National Plan of Action for sharks is now up for renewal again. Alison Towner examines some of the things the country has managed to achieve over the years.

"Just do it". This may well be the slogan for the sports brand Nike, but it is also the encouraging response of the Minister of Forestry, Fisheries and the Environment (DFFE) for South Africa when presented with a comprehensive review by an expert panel on the National Plan of Action for Sharks in May 2020. Of the 200 species of chondrichthyans (cartilaginous fishes) South Africa has in its oceans, almost a third are threatened by pressures such as overfishing, habitat degradation and climate change.

As a marine biologist studying sharks for the last fifteen years, I’ll admit I have experienced my own frustrations with South Africa’s management of marine resources. While recently cringing through another Netflix conspiracy documentary, I realised that popular media, particularly social media, has somewhat interfered with the public’s perception of the reality of what progress is being made within fisheries management.

While social media pressure can be very useful to get the ball rolling, it can also divert scientific focus away and hinder progression due to unhelpful distractions caused by the press. We need to pick our fights. Scientific communication is a skill. The field is technical and full of jargon, and it is of no use if it cannot be translated effectively for the public to understand. While not-for-profit organisations regularly share and update their progress, government science is quite different. It is seldom bragged about and their websites fall short in recognising what research is currently ongoing.

The National Plan of Action (NPOA) for South Africa was updated for sharks in 2013. It is a dynamic document which forms part of the larger Biodiversity Management Plan (BMP). The NPOA talks directly to fisheries and as a result, can be altered and amended on a more frequent basis, usually every four years, to reflect changes in the science or stakeholder pressures. South Africa’s NPOA for sharks is now up for renewal again. This means that any stakeholder - be it fishers, operators, divers - can put forward their own suggestions for attention. Very few global NPOAs have an action table, with responsibilities and timeframes like South Africa does.

So, glass half full, let’s look at some of the things that South Africa has achieved in the last few years:

Identifying shark species by their dried up fins is difficult enough for marine biologists, let alone port officials. DFFE and the NGO Traffic partnered up and devised a genius plan. They printed synthetic but identical shark fin replicas of the 20 most endangered species and ran extensive training workshops with port officials to recognise and identify protected species. These proudly South African fins are so helpful that customs agencies in Egypt, China, India, Canada and the Netherlands have downloaded the fin scans, as well as private universities in Malaysia, the USA, UK, France, Guatemala and Sri Lanka.

After amalgamating the tuna and swordfish with the shark fisheries, government scientists continued to see a rapid increase in catches of blue and shortfin mako sharks. In 2018, to reduce these catches, they implemented mandatory observer coverage for vessels catching more than 60% of sharks per quarter. This management intervention has reduced the targeting and bycatch of sharks substantially. In fact, in two years, a rough estimate of 44 000 shortfin mako sharks were saved through this bycatch reduction rule.

To improve on the monitoring of endangered shark species in the demersal longline fishery, high-tech cameras were installed in a pilot programme to test the system. In addition, a new amendment to the linefishery code of conduct was gazetted, which changed the legal size of sharks caught. This adjusted slot limit means that only sharks between 70 cm and 130 cm total length may be retained. These measures resolved the highly publicised user conflict occurring between the fisheries and the white shark dive operators in Gansbaai, both targeting large bronze whale sharks.

More than twenty-one species of sharks were assessed using a data-poor stock assessment method developed in South Africa - JARA (Just Another Red List Assessment). This model was developed for species of sharks with limited data and is at the forefront of threat assessment as categorised by the IUCN Red Listing process. It is now used globally and has revolutionised the red list assessment process.

An updated guide to South Africa’s threatened and targeted chondrichthyan species has been assembled to help better identify species in various fisheries and assist with streamlining management. Misidentification of species can and does happen, as recently published by Bennet et al. 2021, who discovered that southern Africa’s most endangered shark, the critically endangered short-tailed nurse shark, not only exists in South African waters but that it’s breeding here too. Before this discovery it was undocumented in our waters. In addition, the Shark and Ray Status Reports, led by Geremy Cliff, were developed and encapsulate all current and available information on 90+ threatened and protected species occurring in South Africa.

NPO WILDOCEANS facilitated a workshop at the recent Southern African Shark and Ray Symposium in Ganbsaai to discuss the NPOA Sharks Action Table, which outlines the objectives and goals as well as giving milestones for achievements. The Action Table was prepared by the Shark Expert Panel delegated by the Minister to review the NPOA Sharks in May 2020. A crucial process prior to completing the NPOA Sharks is to engage widely with all stakeholders, including researchers, NGOs, fishers and the fishing industry as well as other interested parties. During the workshop the research community were invited to go through the Action Tables’ five focal areas to determine if everything was covered. These outputs will form the backbone of the new NPOA for sharks which will be updated by the end of 2022.

These are just a few of the positive outcomes that we can feel proud about. Our younger generations must feel inspired about the protection of their marine ecosystems rather than seeing their newsfeeds saturated with dread.

Vast resources are spent flying camera crews around the world to 'raise awareness' and uncover the mysteries behind the declines and mismanagement of wildlife species in danger. Acknowledging the progress and encouraging momentum to keep up the proactive approaches to recommendations within the NPOA is of such importance.

Instead of lamenting the lack of progress made by government, we need to see where we can assist positively. As clearly shown here, when collaboration occurs, so do great things. There is no time to waste, urgent protection of marine ecosystems is required now, of which sharks, skates and rays are also of critical importance.

“No pessimist ever discovered the secrets of the stars, or sailed to unchartered land, or opened a new doorway for the human spirit” H.R Keller.

- Alison Towner is a marine biologist and a PhD candidate specialising in sharks.