OPINION: Diversion – the weapon of mass deception used by the fight-back brigade Former president Jacob Zuma during his testimony at the commission of inquiry into state capture.
Wikus de Wet/Reuters

Clearly the beneficiaries of state capture have re-grouped and are using diversion as a strategy of mass deception to redirect the attention of the people from the real issues confronting the ANC and the country, writes Thami Ntenteni.

The "fight-back brigade" in the struggle for dominance in the ANC has adopted   diversion as a strategic weapon of mass deception. It is an age-old tactic that has been used in military strategy, conflict situations and psychological warfare to sow confusion, disinformation and deception, and to conceal the true intentions of the adversary.

For example, instead of answering questions regarding his role in state capture at the Zondo commission, former president Jacob Zuma decided to accuse some senior members of the ANC as having been spies during the struggle against apartheid. To some extent, this diversionary strategy worked in that the focus shifted away from the commission to whether comrades Sphiwe Nyanda and Ngoako Ramatlholi were apartheid agents. No sooner had Zuma done this than he added comrade Derek Hanekom in a Twitter message.

Diversion in psychology is also used to distort or interpret reality in a manner that seeks to deny responsibility or shift blame by someone who refuses to own up to immoral, unethical and even criminal conduct. But it can also be used as a potent weapon in projection.

Projection is "a form of defence in which unwanted feelings are displaced onto another person, where they then appear as a threat from the external world. A common form of projection occurs when an individual, threatened by his own angry feelings, accuses another of harbouring hostile thoughts."

More often people who use projection as a defence mechanism are very good at playing the victim "threatened by his own angry feelings, accuses another of harbouring hostile thoughts".

This means: "Things are bad, the same people who came to power on the promise that they will fight corruption are now tainted by corruption and criminality. I wonder what the end result will be."

With this tweet Zuma once more appeared to be taking aim at Ramaphosa as the tweet, when translated, means that there were people who were about to face the consequences for their involvement in corruption.

All of this serves to demonstrate the state of the ANC and the escalation of factional battles. It is not so long ago that the South Africans were stunned and shocked and the focus of the nation was on the Zondo commission. The nation became privy to the revelations of state capture through the testimony of Angelo Agrizzi.

Deputy Minister of State Security Zizi Kodwa is reported as saying "numerous institutions, including law enforcement agencies in the country, were captured and this showed South Africa was well on its way to becoming a 'mafia' state".

This was the dominant narrative both in the mainstream and social media and it seemed the beneficiaries of state capture were on the back foot. However, all that seems to have changed. According to Adriaan Basson, "The actors enabling Jacob Zuma and the Guptas to have their way are desperate to divert attention away from their own sins to whatever mud they can throw at Cyril Ramaphosa… Although it is still unclear at this point whether the fightback campaign is orchestrated, centrally driven or linked to current or former intelligence operatives, events of the past two months have shown an intensity in targeting Ramaphosa and his public enterprises minister, Pravin Gordhan."

Basson makes the point that "The actors enabling Zuma and the Guptas to have their way – from Brian Molefe to Matshela Koko, Ben Ngubane, Anoj Singh, Malusi Gigaba, Dan Mantsha and Salim Essa – are desperate to divert attention away from their own sins to whatever mud they can throw at Ramaphosa. They'd much rather have us talking about Gavin Watson's R500 000 donation to the CR17 campaign for many more months than putting the focus back on where it was before Ramaphosa took over…"

The "fight-back brigade" has now recovered its posture and launched its own counter offensive against President Cyril Ramaphosa. In his diagnostic report of July 2017, the then secretary general of the ANC comrade Gwede Mantashe identified the following as the malaise afflicting the ANC:

·      Blurring of the common purpose for the cadres of the movement

·      The growing trust deficit between the people and their movement

·      The decline in the ethics, values and traditions of the movement

·      The impact of the perception of the ANC as entirely corrupt

·      Low levels of trust among comrades

The "decline in ethics, values and traditions of the movement… the impact of the perception of the ANC as entirely corrupt… low levels of trust among comrades… and failure to focus on solutions" speak volumes about the state of the ANC. Clearly the beneficiaries of state capture have re-grouped and they are using diversion as a strategy of mass deception to redirect the attention of the people from the real issues confronting the ANC and the country.

At this point in time the ANC and the president are failing "to focus on solutions" but they are preoccupied with containing the fall-out from the leaked emails and the implications of the CR17 funding campaign. Diversion as a weapon of mass deception seems to be leading to a state of paralysis.

The president seems to be failing to marshal a coherent strategy to counter the offensive. He and his advisers would do well to remember and assimilate that projection is "a form of defence in which unwanted feelings are displaced onto another person, where they then appear as a threat from the external world. A common form of projection occurs when an individual, threatened by his own angry feelings, accuses another of harbouring hostile thoughts."

They would also do well to heed the teachings of Jesus: "anyone who is not working with me is actually working against me…"

Finally, Sun Tzu in the Art of War has this advice for those involved in conflict: "Don't depend on the enemy not coming, depend rather on being ready for him."

- Thami Ntenteni is a Veteran and Stalwart of the ANC and he writes in his private capacity.

We live in a world where facts and fiction get blurred
In times of uncertainty you need journalism you can trust. For only R75 per month, you have access to a world of in-depth analyses, investigative journalism, top opinions and a range of features. Journalism strengthens democracy. Invest in the future today.
Subscribe to News24
Related Links
ANALYSIS: Arms deal judgment unlikely to reopen Mbeki-era prosecutions
Adriaan Basson: Connecting the dots of the Zupta fightback
OPINION: Cronin attack of Zille virtue signalling at its worst
Next on News24
OPINION | Service delivery issues: Robotic Process Automation can help 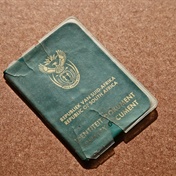