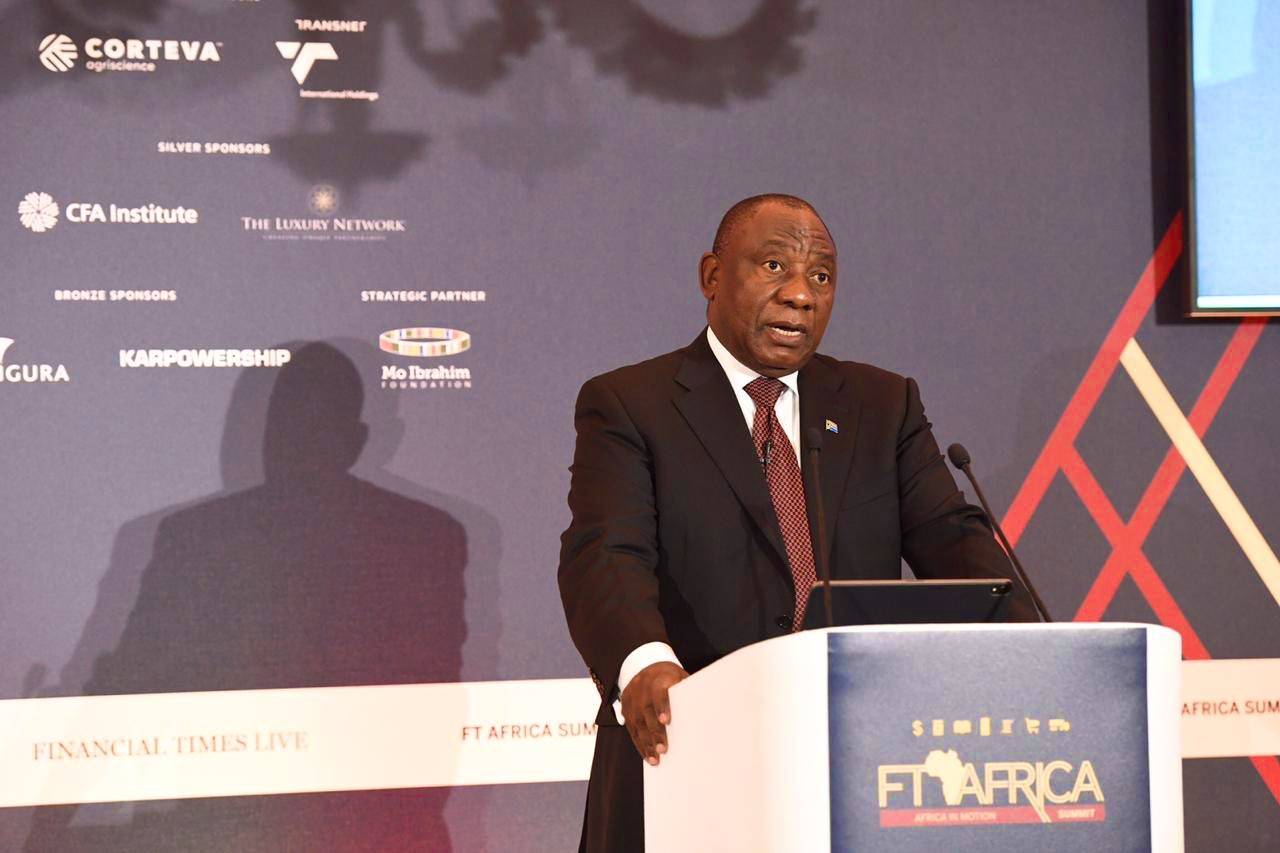 Racial edicts in the form of the current empowerment regime have been presented as a non-negotiable by President Ramaphosa. This despite some clearly expressed concerns by investors, writes Terence Corrigan.

At the time of writing, President Cyril Ramaphosa is in London, delivering a speech at a summit hosted by the Financial Times. Themed "Africa in Motion", it aims to interrogate how people on the continent – leaders in politics and business, innovators and ordinary Africans – are tackling the problems they face.

In his weekly letter, President Ramaphosa framed this as an opportunity to push the work that government is doing to secure the economic growth and expanding job opportunities that are necessary to beat poverty and elevate living standards.

As the president wrote: "As we have all recognised, if we are to create jobs and reduce poverty, we need to grow our economy at a much faster pace. For that, we need much more investment, from both local and international business. We are using every available opportunity to reach out to investors to talk about the great business potential both in South Africa and across the African continent."

In turn, this demands doing things better, and more innovatively. It requires an environment in which the conduct of business is easy and rewarding – here, the president dwells on the moderate improvement of South Africa's ranking in the World Economic Forum's latest Global Competitiveness Report.

ANALYSIS: In London, Ramaphosa doesn't seem to have convinced The Economist, FT

In other words, South Africa's future as a prosperous, opportunity-rich country, a "destination of choice", calls for "far-reaching reforms". This while declaiming the imperative of an "inclusive" economy.

It's unclear, though, what this means. Desperately in need of investment though it is, South Africa is crawling along without an economic policy. The attempt by the Treasury to introduce some direction here has pretty much been gutted by the ruling African National Congress (ANC). Privatisation of the country's ravenous state-owned enterprises is off the table. Changes to the labour regulatory regime to give small firms some breathing room has been passed off to the National Economic Development and Labour Council – where the notion will be quietly disposed of.

Of equal concern are a number of policies that have been placed on the table. For the better part of two years, the ANC has loudly announced its intention to introduce a policy of expropriation without compensation. Little else is so dissuasive to investment than a threat to property rights, and so it is in this case. Even President Ramaphosa's investment envoys have warned about the damaging effect this is having on South Africa's prospects.

More recently, it has become apparent that government is eyeing the country's pension funds as a way to keep its SOEs afloat. This represents a continuation of the logic of expropriation without compensation, the seizure by the state of private assets to compensate for the damage it has presided over. As the president phrased it: "We are facing a situation where our financial resources have been depleted and our developmental needs are enormous. In other places, pension funds are being used to generate investments."

And, as the president talks about the importance of making the country more conducive to doing business, amendments are mooted to the country's employment equity legislation. What is envisaged is targets for each sector, with "consequences" for failing to reach them.

According to Labour Minister Thulas Nxesi, since the current system has not delivered what government intended from it, the time has come for prescription and punishment. "We are now going to be hard. We are very clear, those who do not comply must face the music" he said.

Indeed, Nxesi is not alone in pushing for this. Racial edicts in the form of the current empowerment regime have been presented as a non-negotiable, including by President Ramaphosa himself. This despite some clearly expressed concerns by businesspeople and investors.

It's important to understand the full import of all this. In the teeth of a desperate economic crisis, such policy as exists is to double down on some of government's most damaging commitments – and pledging to introduce others. This stands to undermine whatever traction it might gain on conference podiums. And it ensures that, in practice, the economy will remain exclusionary.

We live in a world where facts and fiction get blurred
In times of uncertainty you need journalism you can trust. For 14 free days, you can have access to a world of in-depth analyses, investigative journalism, top opinions and a range of features. Journalism strengthens democracy. Invest in the future today. Thereafter you will be billed R75 per month. You can cancel anytime and if you cancel within 14 days you won't be billed.
Subscribe to News24
Related Links
OPINION: A glimmer of good news on land?
OPINION: SA's choices in coming months will weigh on us for years to come
Fire across the land: The steep price of state failure on land
Next on News24
Kyle Cowan | Silence on Eskom sabotage leads to one question: Who benefits from energy crisis?