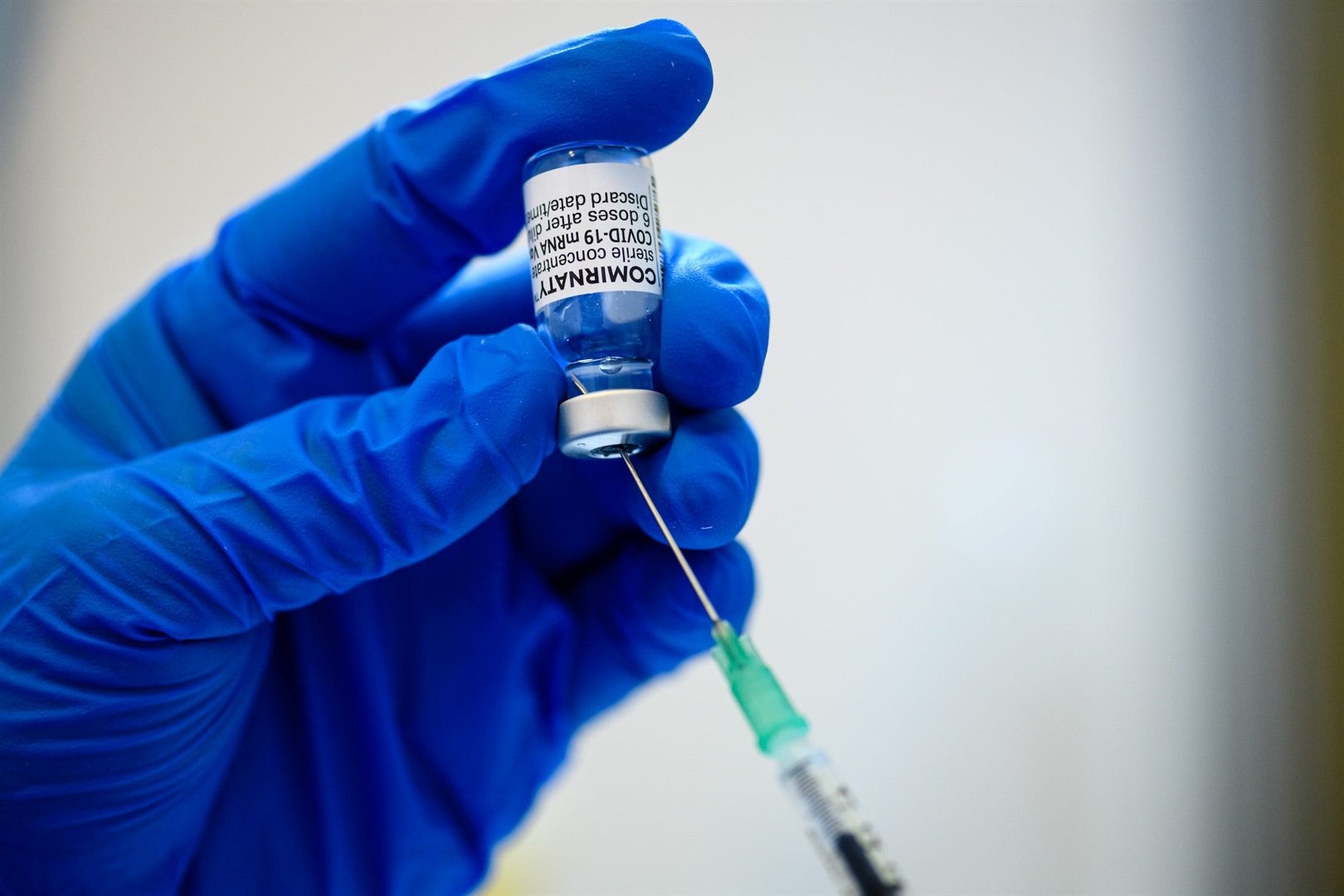 Africa's low vaccination rate against Covid is cause for concern, writes the author.
Jens Schlueter/Getty Images

By the end of last year most African countries had vaccinated less than 5% of their populations. Nicholas Aderinto writes that while increased vaccine supply might offer hope in the short term, Africa needs to kickstart its local production as a long-term solution.

Last year, the world made great strides in the fight against Covid-19. But when it came to vaccination efforts in Africa, 2021 ended with a whimper. And the outlook for 2022 is no better. Both short-term and long-term actions are needed to curtail this continued disparity.

While increased vaccine supply might offer hope in the short term, Africa needs to kickstart its local production as a long-term solution.

By the end of 2021, most countries in Africa had vaccinated less than 5% of their populations. Today, Nigeria, the most populous country on the continent, has only vaccinated 2.1% of its population.

The low vaccination rate across the continent has raised concerns within the public health space. Yet 2022 holds little hope for the vaccination effort in Africa. The World Health Organisation(WHO) Africa regional director, Matshidiso Moeti, stated in December 2021,"As things stand, predictions are that Africa may not reach the 70% vaccination coverage target until August 2024."

The world's developing countries, many of which are in Africa, have borne the consequences of vaccine nationalism — countries hoarding vaccines from producers to increase the supply within their own country. The effect of such nationalism is an uneven distribution of the global vaccine supply. African nations have borne the brunt of these inequities. It makes sense, given their complete reliance on non-African suppliers of vaccines.

In the short term, the continent would benefit from improved access to the global supply of vaccines. Despite the drastic shortage of vaccines in Africa, global vaccine output has been steadily increasing, at roughly 1.5 billion doses per month. Western and other developing nations need to push out some of their enormous stockpiles of unneeded vaccines to COVAX for vaccines to reach the vulnerable areas of Africa.

But that won't solve the underlying problem. A long-term recovery plan — one that'll put Covid-19 away for good and bolster the continent against future pandemics — must include a strategy to achieve local vaccine production.

READ | ANALYSIS | An inconvenient truth: The real reason why Africa is not getting vaccinated

Gearing up local vaccine production within the current African health system. The continual brain drain in the health sector and fragile health infrastructure are some of the difficulties that could bar Africa from kickstarting a local production program. However, relevant stakeholders, such as the governments, non-profit organisations, and WHO, must consider the most critical long-term action plan. A successful local vaccine production requires Africa to address a lack of financial resources, a knowledge gap, and standard regulatory bodies.

African leadership has made several coalitions since the pandemic hit hard. The African Vaccine Acquisition Task Team announced a new agreement with Johnson & Johnson (J&J) last year to provide 220 million single-shot doses of J&J vaccines to African Union (AU) countries. The doses were to be distributed by Aspen Pharmacare in South Africa. However, domestic effort towards becoming self-reliant has been low. The Institut Pasteur de Dakar in Senegal is Africa's sole WHO-prequalified vaccine manufacturer.

Local manufacturing requires a financial commitment from African and global leaders. The cost of constructing a vaccine manufacturing plant was estimated to be $60 million to $130 million, according to a 2015 study co-sponsored by WHO and UNIDO. The continent will benefit from a centralised investment budget, much as it did with COVAX, the AU, Afreximbank, and other organisations. Such a project will help to ensure that a consistent strategy is implemented across the continent, allowing each country to focus on its strengths. Beyond the continental financial efforts, local manufacturers would also profit from access to a broader reservoir of funders. Global development finance organisations and philanthropists, with purposes other than profits, also need to step in.

Stakeholders in Africa have often emphasised the necessity for their countries to develop manufacturing capabilities. A few examples include the 2011-2020 Global Vaccine Action Plan, which all World Health Assembly Member States endorsed, and the 2016 Addis Ababa Declaration, ratified by African countries. Most of these agreements, unfortunately, have not resulted in any results.

It's time for African leaders to commit to a long-term solution. Now is the time to sit down and formulate a plan to develop vaccine manufacturing that harmonises with stakeholders at the national, regional, and continental levels and delineates the roles and duties of each stakeholder. A deliberate approach will mandate long-term commitments from all stakeholders, spanning numerous election cycles and administrations. Pursuing a long-term goal is not a typical scene in Africa as different administrations seek to achieve their political agenda.

In Africa, vaccine knowledge is in short supply. Currently, only ten local vaccine value chain players are active. About 40% of the workforce focuses primarily on packaging and labelling, while 40% focuses solely on infill and finish. The continent is particularly vulnerable to "brain drain," which occurs when newly upskilled employees leave owing to poor working conditions. The continent is at a disadvantage when relying on global firms for expertise.

Governments and local manufacturers should consider creating solid partnerships with graduate institutions to develop programs and degrees adapted to vaccine manufacturing needs, as well as projects to repatriate talent from the Diaspora. Vaccine manufacture necessitates a diverse range of skills, including biopharmaceutical expertise, regulatory expertise, quality assurance, and so on. Reskilling and upskilling employees through training programs will be necessary.

Vaccine supply shortages in Africa have profound health implications. In responding to Covid-19 and preparing for unavoidable pandemics, the potential dividends of African-made vaccines will benefit the continent enormously in the long run.

- Nicholas Aderinto is an editorial assistant at African Liberty. He tweets @iamnicholas4.

Here are the Daily Lotto results
Full list of lottery results
Voting Booth
As a parent, what do you struggle to find money for?
Please select an option Oops! Something went wrong, please try again later.
Nappies, they cost too much
7% - 307 votes
Formula and food, it's getting so expensive
18% - 815 votes
Creche and school fees are a struggle every month
76% - 3505 votes
Previous Results
Podcasts
PODCAST | The Story: What is behind Khayelitsha's recent mass shootings?