OPINION: Parliament's role in a state of national disaster 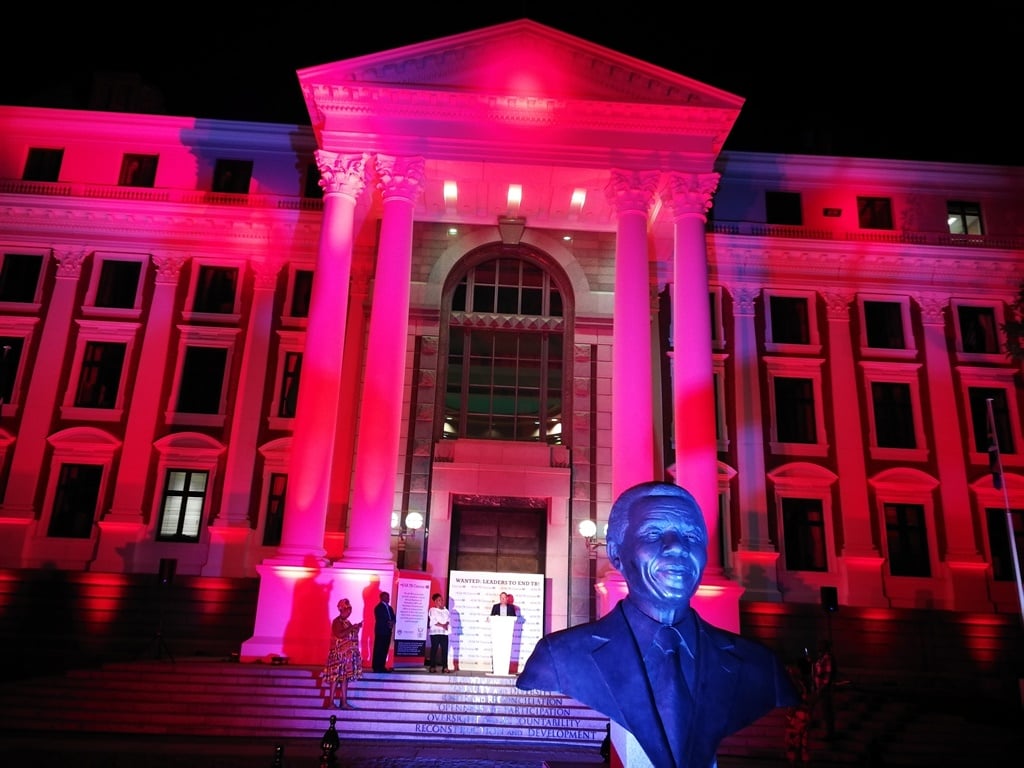 Trust in institutions of governance is perhaps more important now in this time of crisis, when our rights are constrained, writes Lawson Naidoo.

The regulations on the Covid-19 disaster lists Members of Parliament as essential workers but it is far from clear what role they are playing in managing this pandemic.

The last sitting of the National Assembly on Wednesday, 18 March came just three days after President Ramaphosa announced that the Minister of Co-operative Governance & Traditional Affairs (COGTA), Nkosazana Dlamini-Zuma had declared a State of National Disaster in terms of the Disaster Management Act of 2002 (the Act).

Parliament was in any event due to go into recess the next day for constituency work as well as the Easter break, and return on 13 April.

A range of measures have since been gazetted by Minister Dlamini-Zuma to give effect to the State of National Disaster, including the imposition of a 21-day "lockdown" across the whole country.

In addition the President has announced the deployment of the SA National Defence Force (SANDF) in terms of section 201(2)(a) of the Constitution to support the South African Police Service (SAPS) to ensure adherence to the conditions of the lockdown.

The President has duly informed Parliament of this deployment as required by the Constitution, and the Speaker of the National Assembly has confirmed that the notice has been conveyed to the Joint Standing Committee on Defence.

The question is what is Parliament doing about all of this?

They appear to be idly standing by, and allowing the government to rule by executive decree.

Whilst most people accept that these are extraordinary times, and extraordinary measures need to be implemented to tackle the devastating spread of the Covid-19 virus, there must surely be checks and balances on this exercise of executive authority.

Regrettably the Act does not impose any requirements on the designated Minister to report to Parliament on actions taken to contain a national disaster.

The Minister is only required to submit an annual report to Parliament on the work of the National Disaster Management Centre.

A search on the COGTA website reveals that the last such report was published for 2014/15.

If no subsequent reports have been submitted, has the Portfolio Committee on COGTA in the National Assembly challenged the Department and Minister on this?

Various statements have been issued by Chairpersons of Portfolio Committees on Health, the Police, Defence & Military Veterans essentially supporting and endorsing the actions taken by the government to tackle the spread of the Covid-19 virus.

It is however not clear whether these statements are issued in their individual capacity, albeit as Chairpersons of the Committees, or whether there have been consultations amongst all committee members.

Anecdotal evidence suggests that Committees have not been meeting to discuss the actions taken by government.

"Members of Parliament, who are classified under the lockdown Regulations as amongst those performing essential services, will be fulfilling their constitutional responsibilities during this period in their constituencies in support of efforts against COVID-19."

The statement provides no guidance or direction as to how members of Parliament are to "fulfil their constitutional responsibilities".

Key amongst those responsibilities is the duty to scrutinise and oversee executive action (section 42(3) of the Constitution).

Parliament is clearly failing in this regard; they are failing the people of South Africa by abdicating their responsibilities.

It is not sufficient for Parliament to leave it up to individual MPs to "conduct oversight", as they like to say.

Parliament as an institution, one that sits at the very centre of our constitutional democracy, has the constitutional responsibility to hold the executive to account.

The government has extensive powers in terms of s.27(2) of the Act, including making regulations concerning:

While these may be necessary powers they are also open to abuse by over-zealous public servants. The lack of transparency only exacerbates the potential for misdemeanours.

In addition to the numerous examples of heavy-handed policing by members of SAPS and the SANDF, the failure of government departments to ensure that essential public sector workers in the frontline of Covid-19 containment strategy are provided with the necessary protective gear is a matter that should receive attention from Parliament.

So too the orderly and safe disbursement and receipt of social grants by the most vulnerable in our society.

What should be done?

It would be illogical for Parliament to reconvene in Cape Town as this would require members to travel from all parts of the country and undermine efforts at social distancing.

As many South Africans, and indeed people across the globe, are adjusting to new methods of working, so too should Parliament.

At the very least those committees that oversee government departments and organs of state that are in the front line of tackling the pandemic should be meeting – these include COGTA, health, police, defence, finance, trade &industry, home affairs and social development.

Some civil society organisations have suggested that Parliament establish a special Covid-19 Ad Hoc Committee to oversee government at this time, a proposal that has now been endorsed by the acting Leader of the Opposition.

These committees could hold meetings using various video-conferencing tools that are available and get key government officials to interact with the committees via these platforms.

They would be able to hold government to account for the actions they have taken, and ensure that these are consistent with the Constitution and the relevant legislation.

Public participation would of course be difficult but not insurmountable.

Committees could ask for input from members of the public on electronic platforms, and either livestream their virtual meetings or make available videos of the meetings afterwards.

These are simple (or perhaps simplistic) solutions, and there are probably many other interventions that Parliament could utilise.

However, what they cannot, and should not be allowed to do is fold their arms and allow government by executive decree without any oversight.

Trust in institutions of governance is perhaps more important now in this time of crisis, when our rights are constrained. Government, led by President Ramaphosa is earning that trust, despite some misgivings.

It is time for Parliament to step up to the plate too.

We live in a world where facts and fiction get blurred
In times of uncertainty you need journalism you can trust. For only R75 per month, you have access to a world of in-depth analyses, investigative journalism, top opinions and a range of features. Journalism strengthens democracy. Invest in the future today.
Subscribe to News24
Related Links
OPINION | Covid-19: The more drastic the measures will need to become, the more our rights will...
Ralph Mathekga: Ramaphosa's decisiveness on Covid-19 should extend to the economy
Mandy Wiener | Covid-19: We have to ensure the safety and sanity of doctors on the frontlines
Next on News24
GRAPHICS | The changing landscape of politics in SA's cities since 2000