OPINION | SABC crisis: This is a watershed moment for independent public broadcasting 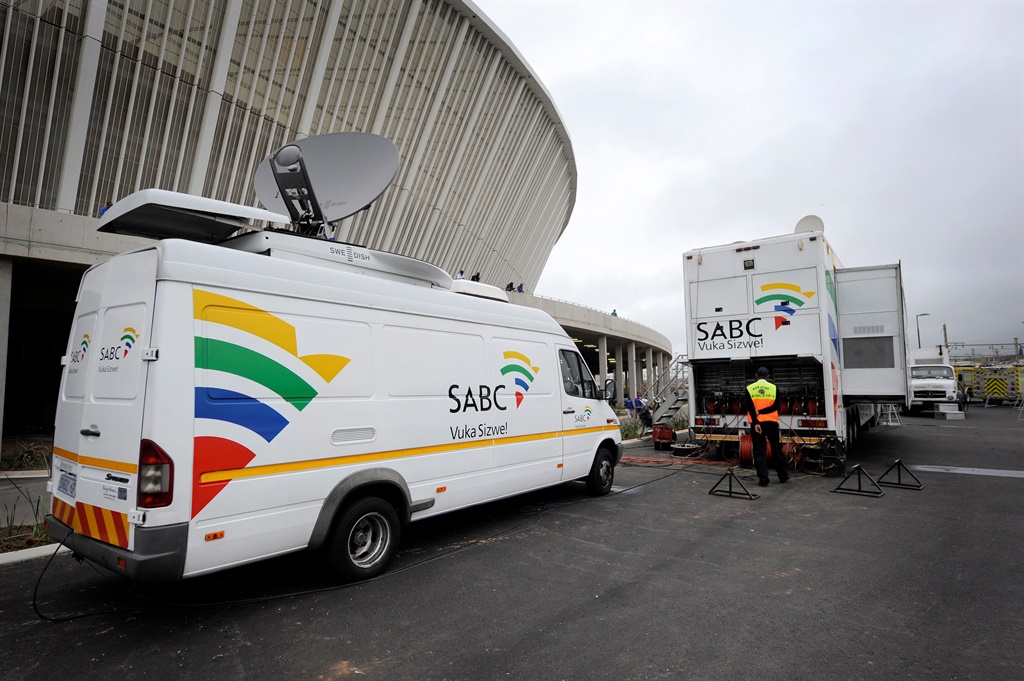 The South African Broadcasting Corporation (SABC), the country’s legislated public broadcasting service, has been in the news for all the wrong reasons in recent times. (Photo by AMA/Corbis via Getty Images)

The SOS Coalition and Media Monitoring Africa writes that careful consideration needs to be made with regards to the SABC retrenchment debacle; on which side to sit on if independent public broadcasting is going to survive.

The maelstrom engulfing the SABC - in it and around it - represents a democratic pivot point for the country.

As we now know, the SABC Board passed a valid resolution instructing the broadcaster's executive management to proceed with a retrenchment process. In our view it probably had to do this. And those in power know that.

The report of the ad hoc Parliamentary Committee on the SABC, set up to fix the mess that the Hlaudi Motsoeneng/state-capture era wrought on the public broadcaster specifically enjoins the SABC to rectify irregular appointments made during that time and to engage in retrenchments to reduce wasteful expenditure as recommended by the Public Protector, the Auditor-General, and the SIU. Also, one of the conditions imposed by the National Treasury for the SABC bailout was to cut the wage bill.

As a result, management has issued 400 notices to staff. We also know that those affected will be entitled to apply for 170 internal posts that have become available. Management has also said that if all staff are willing to take cuts to leave days (currently at a very generous 35 days), and if some take voluntary retirement or retrenchment, then the final number of about 230 people actually losing their jobs could be lower.

The country's severe economic woes, exacerbated by the Covid-19 pandemic, means that losing a job at this time is devastating for individuals, for families and for communities. South Africa is reeling from a veritable epidemic of unemployment.

Almost every media company has had the same brutal challenges.

Retrenchments in the media

Thousands of employees in the media sector (print, online and broadcasting) and in the independent production sector have lost their jobs in the country just this year. Thousands more are working while being paid substantially less than they used to earn.

In response to the retrenchment letters, there has been an uproar; with shock and rage emanating from the SABC newsroom resulting in unprecedented scenes being broadcast into the nation's homes.

The SABC's COO, Ian Plaatjies, described it on Wednesday night in the Parliamentary Portfolio Committee meeting as a "takeover of the newsroom".

We saw journalist Chriselda Lewis passionately asserting "we grew up in this place and we are not going anywhere".

Let's be clear, retrenchments are brutal and people are right to be angry about employees having to pay for the sins, corruption and failure to change, of those who came before them. What we need now is to recognise the pain, and anger. We need to ensure that all those involved are treated with compassion, empathy and understanding. When the anger is ignored, it tends to harm more than be helpful, and it can result in professionals doing and saying things they may regret.

It is always challenging for newsrooms to cover stories where they are the story. We witnessed an egregious violation of public broadcast principles with the spectacle of Samkelo Maseko interviewing ANC secretary-general Ace Magashule in a manner that threw the SABC's Editorial Policies and the Press and Broadcasting Codes rules on ethical journalism out the window, directly calling for intervention by the ruling party in their own labour dispute.

The Alliance Partners' Secretariat had already issued a press statement denouncing "the intransigence by those driving retrenchments' - as if their own Parliament, SIU, Auditor-General and Treasury hadn't insisted on these.

Less than cryptically, the Minister of Communications and Digital Technologies, Stella Nadabeni-Abrahams posted a meme on social media, 'I like it when arrogance breeds a mess". No doubt emboldened by such support from a Cabinet member, we saw, incredibly, the Deputy Board Chairperson, Mamudupi Mohlala, come on air and openly identify as a member of a so-called "Board minority" that is anti-retrenchment, laying bare voting numbers underlying board decision-making on the retrenchment issues. She has insisted on her right to freedom of expression, others have pointed out her clear breaches of fiduciary duties as a board member in doing so.

The responses to these scenes have shown, all too clearly, the fault-lines of our democracy.

In her first official response to the unfolding crisis, the Minister issued a statement on Wednesday morning in which she boldly stated as a matter of fact that this will be "a period of intervention by the Department and Parliament".

Our courts have taken a strong stand against government interference in the affairs of the SABC.

The SABC is not just another SOE where government can ride roughshod over management and the Board. In a precedent-setting case brought by civil society and spear-headed by our two organisations, the High Court pointedly held: "The Minister, as the representative of the sole shareholder and not a member of the board, does not have the right to act on behalf of the SABC or to manage its business or affairs" [at paragraph 122]. It goes without saying that Parliament, too, lacks such rights either.

Another respondent was the Parliamentary Portfolio Committee on Communications - which sat from 19:00 into the early hours of this morning to deliberate solely on this issue. It was unedifying to say the least.

Ruling party MP after ruling party MP kept insisting that the SABC goes back and "consults" with staff, with the Minister, with the committee and bizarrely, with its Board Minority faction. It was a circus.

READ | Opinion: Managing the SABC into the ground:- A long-term exercise in venality and stupidity

Knowing that their position was clearly illegal, MP after MP tried to split definitional hairs to try to paint themselves as not breaking the law: "We are not interfering, we are intervening" was a common refrain - they have taken their cue from the Minister.

The country's labour laws were drafted by champions of labour and their rights. They, to a very large extent, were drafted specifically to protect labour, collective bargaining. Exhaustive consultation is woven into the fabric of the laws.

If there had been insufficient consultation on the part of the SABC, every person opposed to retrenchments would be in court right now and they would win.

They are not in court. Why? Because this is, clearly, not a winning argument. And yet it persists. To what end?

None of those who are calling for more "consultation", in fact, wants more consultation. They want capitulation: the capitulation of a Board, duly appointed by Parliament, which has taken decisions in accordance with the voting procedures set out in the Broadcasting Act, which require resolutions to be passed by a majority vote. And, importantly, capitulation by what is, arguably, the most capable management team in operation in any public institution in the country.

The bottom line is this: There is a disagreement on retrenchments between the Board and Management of the SABC and some of the staff (EFF members outnumbered staff at the recent anti-retrenchment "staff protest" by at least 10 to one), the Minister and the ANC-dominated Parliamentary Committee. That disagreement has been clear for years. And having gone through all the legally-required consultations processes there is, still, a disagreement.

And so, the question required to be answered by every South African is this: In such a situation, who should win? The Board and management of an independent public broadcaster? Or the ruling party politicians in Parliament and in the Executive and their supporters among the staff and the so-called minority Board faction? If your answer is the latter, you are, quite simply, siding against the basic tenets of public broadcasting and, more broadly, of freedom of expression itself.

It really is that simple.

This is a BRIGHT LINE in our democracy, it is crossed at our nation's peril.

We live in a world where facts and fiction get blurred
In times of uncertainty you need journalism you can trust. For only R75 per month, you have access to a world of in-depth analyses, investigative journalism, top opinions and a range of features. Journalism strengthens democracy. Invest in the future today.
Subscribe to News24
Related Links
'They are killing us' - SABC staff uncertain about the future
OPINION | The SABC needs to be saved but hard decisions also need to be made
DEVELOPING | SABC retrenchments: Sanef wants meeting with public broadcaster amid staff protests
Next on News24
OPINION | In the darkness: The reality of the forgotten 'free'