Towards the partial decriminalisation of the sex trade 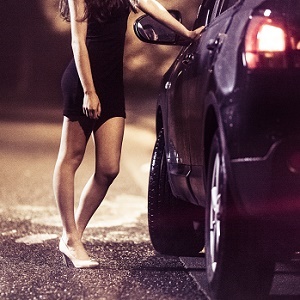 Twenty two years ago Theresa "Trish" van der Vint said goodbye to the other women in prostitution who were exploited alongside her until late in the afternoon on a tree-lined stretch of Old Faure Road near Eerste River in Cape Town.

Most of them were older and went home to take care of their children but 16-year-old Trish stayed on the beat a bit longer. As dusk fell that Saturday, a man stopped and picked her up. Once she was in his car, there was no way out.

A few hours later her body was found lying half-naked in the sand, covered with branches, near a footpath close to Macassar beach. Her legs had been spread apart, her skirt pulled up and her jacket twisted around her neck and face. She was the 19th victim of the Cape prostitute serial killer. Murdered on May 15, 1996, Trish was his last victim – and also his youngest.

In 2011 police found Wendy Riketso's body stuffed in a drain near Wessels Street in Pretoria. Her Nigerian boyfriend claims she ran away from home and entered street prostitution when she was just 15. Sources confirm that her pimp has tried to kidnap her on several occasions.

Last year, the South African painter Zwelethu Mthethwa was convicted of murdering Nokuphila Kumalo in 2013. And in January this year another 20-year-old woman, Siam Lee, went missing from what is believed to have been a brothel in Durban North. Her charred body was discovered two days later on a farm in New Hanover in the KwaZulu-Natal Midlands. Philani Ntuli, the man accused of her murder, is said to have been her last "customer".

South Africa is making strides towards potentially enacting strong legislation on the commercial sex trade in the months to come. The South African Law Reform Commission has issued a report, which recommends partial decriminalisation – known as the Nordic or Equality Model of sex trade policy – as a preferred approach.

As a sex trade survivor myself I have seen that we are being listened to more and more too. However, we are continuing to fight on other fronts to ensure our voices are heard in all aspects of this ongoing debate.

The system of prostitution is itself an embodiment of violence and sexual exploitation. It is a cause and consequence of gender inequality and a violation of our basic human rights. Neither myself nor the many sex trade survivors I know woke up one day and "chose" to be prostituted. It is no coincidence that the majority of individuals in prostitution in South Africa are poor black women. Prostitution was "chosen" for us for many reasons, including our colonial past, apartheid, poverty, past sexual and physical abuse and other inequalities which put us into vulnerable situations.

Members of the public often judge us as "whores" or think we make a lot of money. In reality we have been dehumanised, humiliated and stripped of our dignity. Many of us who were – or continue to be trapped – in the sex trade have been severely injured by the pimps, the men who buy us – and even sometimes by the police. Many of us suffer ill-health and mental trauma, unwanted pregnancies, cervical and throat cancer, as well as HPV, HIV and other sexually transmitted infections.

I know many women who were even murdered while in prostitution. Sometimes people inaccurately believe that decriminalising or legalising the sex trade means that violence – including murder – will decrease under such an approach, but the opposite has proven to be true.

In Germany, 55 prostituted individuals were murdered by sex buyers since all aspects of the sex trade were legalised in 2000. In Sweden, where the Equality Model was pioneered in 1999, there have been no murders at all by sex buyers of people selling or sold for sex over the last 19 years.

The full decriminalisation of the sex trade would not make life safer or better for those who are bought, sold and exploited in the trade but would rather give a licence to pimps, sex buyers and brothel keepers to further exploit prostituted women while making a fortune out of their exploitation.

The only way of dealing with this crippling scenario is to listen to survivors and enact the Equality Model – the only approach that is founded on the principle of gender equality – and which could offer a lifeline to those countless individuals who continue to be trapped in the South African sex trade.

We live in a world where facts and fiction get blurred
In times of uncertainty you need journalism you can trust. For only R75 per month, you have access to a world of in-depth analyses, investigative journalism, top opinions and a range of features. Journalism strengthens democracy. Invest in the future today.
Subscribe to News24
Related Links
Sex work: MPs hear arguments on stance to keep criminalisation
'Jesus was the first to decriminalise sex work' - banner at Cape Town church
Parliament's women's caucus to host sex work summit
Next on News24
Kyle Cowan | Minister Mkhize, it’s time to trust South Africans with the truth around Covid-19