Celebrating Christmas the way it's meant to be 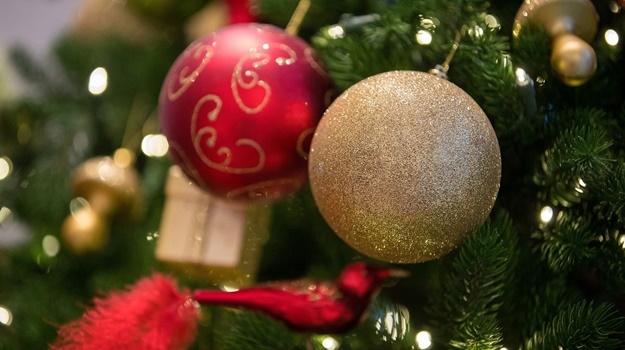 I was standing in the queue at Woolworths (Country Road) in Sandton yesterday when I overheard the following conversation:

"Kian, stop that or I will call Santa!"

"Noooo," screamed Kian, who looked to be around 4 years old.

"Well, then stop running around or you will leave me with no choice!"

Unhappily, Kian slunk into the line and stood next to his mom in defeated silence. You could almost see him counting the years before he would leave to go to a boarding school in the Natal Midlands.

I turned to look at the mom. She was blonde with an almost see-through complexion. She was either visiting from Illovo or the UK. She was dressed in khaki pants, a white shirt with a pastel pink cardigan flung effortlessly around her shoulders – as if she had just remembered to take it off the seat of her white Range Rover. She wore flat Todds in pastel blue.

She had never had a weight problem.

I am Jewish. I am deeply respectful of other religions. I feel strongly that Christians need to take back Christmas from a "PC" world that has made them apologetic around the celebration of the festival and of their faith.

We sadly live in a world of "Season's Greetings!" or "Compliment of the season!", just in case someone is offended by the exclusionary nature of the term.

Last year I wrote a piece suggesting that Christians take back Christmas. I commented that Christians are the most persecuted religion globally and that I believed that it was time that this changed. Change, I believe needed to come from pride in the celebration of the festivals. And why not start with Christmas? Why not start with dropping the "Season's Greetings" nonsense and begin with "Merry Christmas!"

I assured readers that my children will not feel excluded simply because they are Jewish. They will not feel marginalised. In fact, it's probably a brilliant lesson for them to learn – the lesson that not everything is about them and that there is a place to be happy for others.

The response to the article was mixed. Whereas some were encouraged by what I had written, others were not. What followed in certain groups was an in-depth discussion about the accuracy and the legitimacy of the Christmas holiday. The fact that it might have had its roots as a pagan festival bothered a few commentators and the commercialisation of the season annoyed many.

It was quickly pointed out that Santa was a Coke marketing symbol and that the Christmas trees had their roots (so to speak) in Egypt before being adopted by the Germans who brought them indoors in order to remind them that even in the depth of winter, there are evergreen trees and so life will endure.

I could hardly believe it. "So what?" I wanted to scream. Surely the festival is about the celebration of faith? Surely, it's about reaffirming belief in what the religion stands for and not about the details and historical accuracy?

Surely, it's about family and getting together and food and warmth and love and all those good things? Surely, it's about annoying parents and irritating children and cousins that you have no desire to see, but then when you do you have the best time together – as only cousins can?

Why, for God's sake, does it need to be debated into a state of cold intellectualism?

I was initially irritated with Kian's mom. Because at first I thought she was using Santa for all the wrong reasons. And then I thought about it further and realised that it's just the opposite.

Santa and Christmas are clearly an important part of their lives and her threat endorsed that. And that is pretty cool. I just hope that Kian, my little buddy gets what he was hoping for.

We live in a world where facts and fiction get blurred
In times of uncertainty you need journalism you can trust. For only R75 per month, you have access to a world of in-depth analyses, investigative journalism, top opinions and a range of features. Journalism strengthens democracy. Invest in the future today.
Subscribe to News24
Related Links
Looking in the light for things lost in the dark
A president for grown-ups
Who looks after the interests of Palestinians?
Next on News24
Howard Feldman | Rampahosa, like Hamlet, is the prince of procrastination