OPINION: What politicians could learn from Nando's latest ad

We are more robust than you imagine, and we are capable of laughing at the most challenging of subjects, writes Howard Feldman.

The reasons behind the profound success of the new Nando's advert are worth noting. Launched this week, the advert has nothing to do with chicken and everything to do with what it means to be a South African. It pokes fun at stereotypes, takes aim at everyone and shows that together, we are funnier.

The short video features a group playing "Mzansipoli" a fictional game that is loosely based on Monopoly. Participants are able to utilise "white privilege" to get out of jail time, play the "race card" when necessary and allows players the option as to whether to pay for their e-tolls. When it comes to Eskom it's clear that no one knows what is going on there.

It is social commentary at its best and provides lessons that politicians the world over should note.

Here are a few takeaways (if you will excuse the expression).

This year's Al Jazeera interview with former speaker Baleka Mbete had South Africans cringing. She illustrated an embarrassing disconnect from the real issues of the country. She came across as either hopelessly naïve or astoundingly dishonest. Maybe even both. In doing so she also signalled that the ANC (or her faction at least) was not prepared to take responsibility for their role in the corruption that has almost destroyed the country.

Across the water in the United Kingdom, the recent BBC interview with Prince Andrew did the same. In a conversation that was designed to clear his name and explain why he was not to be associated with known sex offender and paedophile Jeffrey Epstein, he achieved the very opposite. He came across as cold, uncaring, unsmart and even guilty. At no time did he express any care for the victims of the abuse or any sensitivity towards the issues.

Both these interviews illustrated a disconnect. And both were failures.

Nando's is a South African success story. Much loved, it is also their cheeky and often provocative marketing approach that has not only become part of their brand identity, but has endeared us to the brand. They have taught us to expect edgy from them and that expectation has positioned them to be able get away with things that others might not.

Sadly, Mzansipoli is not a real game. It is not available for purchase and we cannot gather for an evening of fun. But that doesn't matter, because what Nando's created and what they captured through this advert is something that all South Africans, and all politicians should learn from.

Related Links
OPINION: Nobody sees colour in the dark
OPINION: 'Cancel culture' is killing humour and personality
OPINION: We can celebrate the Boks and still be worried about SA
Share
Next on News24
OPINION | Bye buy: The coffin business and Takealot 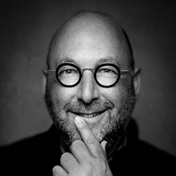 Here are your Lotto and Lotto Plus results
Full list of lottery results
Lockdown For
DAYS
HRS
MINS
Voting Booth
A few positive Covid-19 cases have been confirmed at two SA rugby franchises.. Should teams proceed with return to training protocols?
Please select an option Oops! Something went wrong, please try again later.
Yes, SA rugby is already behind the eight ball compared to New Zealand and Australia
13% - 186 votes
It’s too dangerous, the country is only now heading into the Covid-19 storm!
41% - 564 votes
Get the ball rolling, Covid-19 is here to stay as the 'new normal'
46% - 633 votes
Previous Results
Podcasts
PODCAST | THE STORY: What next for Gauteng as it overtakes Western Cape as SA's Covid-19 hotspot