The ANC must learn South Africans are not naïve 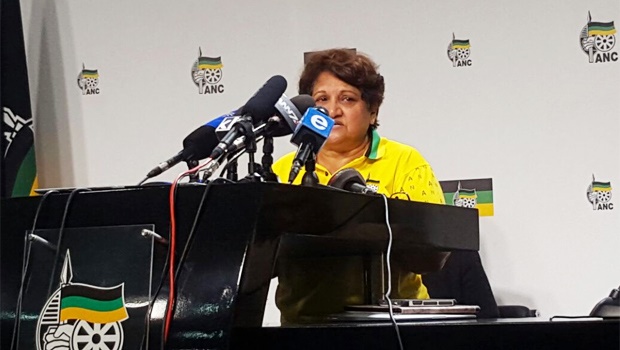 It is a grave irony for Jessie Duarte to label the media arrogant, when the behaviour of the ruling party could well be summed up in a description that utilises that very word, writes Howard Feldman.

South Africans are not as young as we used to be. Whereas it might be true that most of us look more youthful in the warm glow of candlelight (courtesy of the ANC aesthetic department), the reality is that we are much older, significantly less naïve and way more cynical than we once were.

The consequence is that we are quick to pick up whatever is placed in front of us, and we are likely to interrogate the offering before taking it on board.

Expressed another way, when we hear a politician laugh, we now understand, thanks to Jacob Zuma, that it is most likely not funny. At least, not to us.

This week saw Jessie Duarte, deputy secretary general of the ANC, throwing a media related tantrum. Apparently, she was unhappy with the tone or the question of eNCA reporter Samkele Maseko, who she accused of "attacking" her. The diatribe included calling him arrogant and said that he "had a habit of intimidating everybody, a habit of making people feel you are the lord of the media".

How she, and anyone else, chooses to respond to a journalist is, needless to say, her business, but she should not be fooled into thinking that this approach will be without consequences. South Africans are only too aware that were it not for the media, there is a strong likelihood that state capture would not have been uncovered and that the next Gupta wedding would be taking place at Gold Reef City courtesy of the tax payer.

The media has been, to a large extent, the foot soldiers in the war against corruption.

It is further a grave irony to label the media arrogant, when the behaviour of the ruling party could well be summed up in a description that utilises that very word. The exposure of the brazen looting, and systematic destruction of the law enforcement agencies, the heartless disregard to the plight of the poor and the vulnerable in our society as well the plundering of resources should have the ANC hanging their heads in collective shame. To label the media arrogant is to project on them the very thing that they are most guilty of.

This in no way means that the media or the press is without fault, but fair criticism and comment needs to focus on the product of their work and not that you don't like their questions. Or style.

The ANC and all contending parties need to understand the following:

- South Africans no longer assume anyone is perfect. Perfection is not an expectation, or even an aspiration. What is needed rather, is honesty, authenticity and integrity. It starts and it ends with that. The most magnificent policy and most efficient implementation becomes useless without this.

- Parties cannot only value a free press in theory, or when it works for them. A truly free press is one of the cornerstones of any democracy and although it might be painful at times, we need to protect it and remain grateful for it. The intimidation of journalists by any political party needs to be condemned. Never call a journalist a "bully" for doing their job. It will do the party no favours.

- We know that there is conflict within most political parties. Instead of pretending that the organisation is more united than melted cheese, tell us where the conflicts lie. You will be amazed how much we can handle.

More than anything, recognise that South Africans have grown up. We might still dream of rainbows, but we understand that there is a possibility that we will need to endure a storm before it becomes visible.

We might need hope and we definitely need to believe in the future, but it doesn't mean we are prepared to continue to delude ourselves along the way.

We live in a world where facts and fiction get blurred
In times of uncertainty you need journalism you can trust. For only R75 per month, you have access to a world of in-depth analyses, investigative journalism, top opinions and a range of features. Journalism strengthens democracy. Invest in the future today.
Subscribe to News24
Related Links
I'll vote for hope, if you ask me to
It is possible to smile in the dark
On Marelize, Woolworths water and young people who inspire us
Next on News24
Howard Feldman | The past might have seemed brighter - but right now is better