The maze of ambiguity in our political economy

There is a safe ambiguity in economics that has long buffered the political world from being held accountable to their policies and public rhetoric.

Even as we draw toward the ANC elective conference in December, very few ideas are advanced from the leading candidates around the economy. There is though, a strong line of populism that requires that political gain is anchored on satisfying the broader expectations of the voting base.

As the sun sets on Zumanomics, the past few years had some anti-elitist ideas like the recent radical economic transformation bunter. The Black Industrialist idea has now taken a back seat to the new wave, however if it was well intended, it is perhaps worth a revisit to clear SA’s economic discos.

As defined by the Department of Trade and Industry (DTI) the black industrialist programme refers to black people directly involved in the origination, creation, significant ownership, management and operation of industrial enterprises that derive value from the manufacturing of goods and services at a large scale.

For the programme to work three things stemming from the concept description are critical, namely the performance of the manufacturing sector, economic drivers behind industrial enterprises, and drivers of large scale productions.

South African manufacturing remains an inadequate contributor to both employment and GDP. Whilst the average middle income country yielded a manufacturing share of GDP at 21.2%, the estimate for upper middle-income economies was 22.5% according to the World Bank. However popular the idea may remain, the size of the sector and the sectors prospects are not big enough to include the marginalised public. South Africa is more a post-industrial country today, than it was before 1994, with a new bouquet of challenges.

Innovation is a critical driver behind manufacturing enterprises

South Africa by virtue of a bigger services sector finds itself in the innovation driven space. This requires production and dissemination of knowledge as key driver of economic benefit. Businesses or enterprises in the manufacturing space, need to compete using the most sophisticated production processes and by innovating new ones.

Black Industrial development should in earnest start with the production of black PhDs, but South Africa is facing a broader challenge in the production of PhDs in general. SA produces 28 PhD graduates per million of the population per year, while UK produces 288, the US 201, Australia 264, Korea 187 and Brazil 48. This further indicates how programmes and ideas cannot be engaged in isolation.

According to the World Bank South Africa has tripled R&D investment since 1994, but the total number of fulltime equivalent (FTE) researchers increased by only 33%.
South Africa has approximately 1.5 FTE researchers per 1000 employed. Countries with a similar ratio of R&D to GDP expenditure are Portugal (4.8) and Italy (3.6). Current PhD graduates per annum is sitting just under 2000 (the NDP says this needs to be 5000).

If colonialism has ever been lamented, it is in its abstruse form that it has remained ignored. The innovation chasm in South Africa’s context refers incongruity between the domestic market for medium to high technology products and services to local research, leading to extensive importation of technology and intellectual property. The results, being a nation depending on foreign markets for innovative ideas driving the economy today.

The second side to the coin on the innovation chasm is the gap we have as a nation between researched ideas and those that realise maturity. Maturity in this case, being large scales of production and manufacturing.

This also requires creating an innovation-friendly regulatory environment, strengthening of the production of human capital and the institutional environment for knowledge development, and getting industry to look at South Africa’s knowledge centres for innovation instead of outwardly in line with international trends and standards.

Where is our hope?

Despite critical vices as noted above, there are circumstances where having a black industrialist programme finds fit with the local economy. The first area is within areas where we are yet to develop capacity to process primary resources, like in the Bio-economy space, where we are exporting a significant chunk of our Biomass and importing a significant portion of pharmaceuticals.

The other area is within the military products, where South Africa needs to develop sovereign IP in the defence of the country. In such areas and many related ones, establishing a new class of black industrialists is pragmatic.

These layers and other layers of insight informing economic ideas is part of the open inquiry that we are yet to hold politicians accountable to. The next two years leading to the national election in 2019, dictate that we lift the level of debate in SA to issues informing the future of the country.

These should in the immediate future place an expectation on the leading candidates for the ANC presidency to reveal their worth to the candidacy by speaking frankly on the economy and clearly on building the path towards a winning nation.

- Tshetlhe Litheko is a passionate South African with two decades of experience in the socio-economic development space. He is currently employed as an industrial researcher in South Africa’s biggest state owned research group. Follow him on Twitter: @tshetlhe

We live in a world where facts and fiction get blurred
In times of uncertainty you need journalism you can trust. For only R75 per month, you have access to a world of in-depth analyses, investigative journalism, top opinions and a range of features. Journalism strengthens democracy. Invest in the future today.
Subscribe to News24
Related Links
'This fool is misinformed' - Shaik lambastes Malema over Indian comments
Eastern Cape plans to buy less red meat from other provinces
Pravin Gordhan warns recovery from corruption may take 10 years
Next on News24
LANDISA | "Don’t call me mummy": The day my mother left me 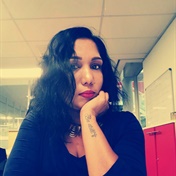 R500k for one Daily Lotto player!
Full list of lottery results
Lockdown For
DAYS
HRS
MINS
Voting Booth
When planning for the Black Friday sales do you:
Please select an option Oops! Something went wrong, please try again later.
Save, research and plan ahead, preparing to make the most of it?
8% - 906 votes
Wait and see what looks like a good deal on the day?
14% - 1702 votes
Have no interest in spending more money this year?
78% - 9377 votes
Previous Results
Podcasts
PODCAST | POLITICS UNMUTED: When prophets and politics collide