ANC election: Drama till December, then what? 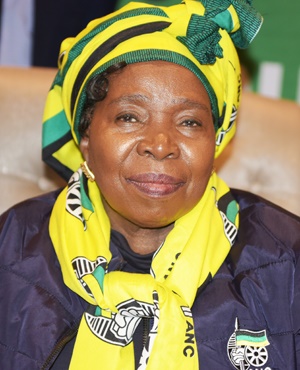 Most of us are so obsessed with the drama of the ANC’s leadership battle that we don’t think enough about what is likely to happen after the December election and what the outcome would mean for the 2019 general election.

That is, if the conference is indeed going to take place, or if it does, whether it would not be undone by violence or legal battles.

The weekend’s violence at the Eastern Cape ANC conference and the legal challenges to leadership structures in at least four provinces could be a taste of what we can expect in December.

We can accept that there are only four serious candidates with a realistic chance to get elected: Nkosazana Dlamini-Zuma, Cyril Ramaphosa, Zweli Mkhize and Lindiwe Sisulu.

Ramaphosa and Dlamini-Zuma are the frontrunners, but Mkhize could potentially overtake them as a reconciliation candidate, while Sisulu could play a decisive role if she were to join the slates of either Ramaphosa or Mkhize as candidate for deputy president.

Ramaphosa seems to be ahead in the stakes with surprisingly strong pockets of support in KwaZulu-Natal and solid support in the Eastern Cape, Gauteng and the Western Cape, although with the apparent manipulation of the branches and members this doesn’t seem to mean much.

But what impact would the different candidates have if they’re successful?

Dlamini-Zuma is the only candidate from the Zuma/Gupta camp.

Everything she has said during her campaign thus far indicates that she’s aligning herself with the new Zuma populism of expropriation of land without compensation, nationalisation of the Reserve Bank and radical restructuring/redistribution of ownership, structures and institutions.

She’s not known as a radical, but she has clearly made a calculated decision that joining the rent-seeking patronage camp of President Jacob Zuma would be her best chance to get elected.

Her cheering commando consists of the ANC Youth League, the Women’s League, the MK Veterans Association, the club of rural premiers from the Free State, Northwest and Mpumalanga, the Gupta-owned media and the Black First Land First gang.

Her campaign manager and/or spokesperson is the thoroughly discredited Carl Niehaus, lately an MKVA leader, and indications are that she is getting financial support from Zuma’s state capture partners.

So even if she did comprehend the sheer madness of nationalisation, land grabs and radical redistribution rather than strong economic growth, she would find it impossible to go against the grain of those to whom she is now beholden.

(That is, of course, if she as new ANC president is going to insist, as the other three would do, that Zuma be redeployed a la Mbeki early in 2018. There is indeed a chance that she would, I’m told.)

Unlike Dlamini-Zuma, Ramaphosa, Mkhize and Sisulu agitate loudly against state capture and corruption and argue for inclusive economic growth and an effective, accountable state.

To make this a reality, the new president will have to make very deep cuts.

The boards of all the bigger state owned enterprises will have to be sacked and replaced, as would the heads and top structures of the National Prosecuting Authority, the Hawks, state security, crime intelligence and the South African Revenue Service.

If these people remained in their positions, the structures and culture of patronage, rent-seeking, corruption and state capture would continue to wreck South Africa and further cripple the economy.

To be frank, even Finance Minister Malusi Gigaba would have to go. The more we learn about his role, witness his inability and/or unwillingness to act against state capture and as more evidence unfolds that he has actually been overseeing the capture of the national treasury, the clearer it becomes that he simply cannot oversee a rebuilding of a growth economy.

His deputy, Sfiso Buthelezi, has an even more suspect track record.

But if all these people are to be fired early in 2018, there will definitely be a massive fight-back that can paralyse the government and the governing party.

It could even lead to violence and instability perpetrated by the likes of the Youth League, MKVA and BLF.

Whoever wins in December will know that the ANC’s chances of getting more than half the votes in the 2019 general election are getting slimmer by the day.

How will the different candidates react to that?

Continue with the present cheap populism of making promises that can never be kept and face a popular revolt after 2019?

Keep the ANC together at all costs and perpetuate the paralysing divisions in the party?

Or take the risk of acting decisively and restore the integrity of the government and rebuild the ANC even if some resist?

The result of the leadership election will also have an impact on the ANCs choice of coalition partner to govern after 2019. Will it be the EFF or the DA?

Or will the party split in two in December?

If the future of our democracy and economy were not at stake, I would have said: sit back and get the popcorn ready, the next few months are going to be very dramatic.

We live in a world where facts and fiction get blurred
In times of uncertainty you need journalism you can trust. For 14 free days, you can have access to a world of in-depth analyses, investigative journalism, top opinions and a range of features. Journalism strengthens democracy. Invest in the future today. Thereafter you will be billed R75 per month. You can cancel anytime and if you cancel within 14 days you won't be billed.
Subscribe to News24
Related Links
'Boer bullies' will cost white people dearly
Zuma, Guptas at the heart of SARS rot
Ramaphosa sealed his own fate - and ours
Next on News24
Unsure who to vote for? These are your options

3 bag the Daily Lotto jackpot!
Full list of lottery results
Voting Booth
As a parent, what do you struggle to find money for?
Please select an option Oops! Something went wrong, please try again later.
Nappies, they cost too much
6% - 256 votes
Formula and food, it's getting so expensive
18% - 694 votes
Creche and school fees are a struggle every month
76% - 3009 votes
Previous Results
Podcasts
PODCAST | The Story: What is behind Khayelitsha's recent mass shootings?