It is possible to be part of a plastic free world 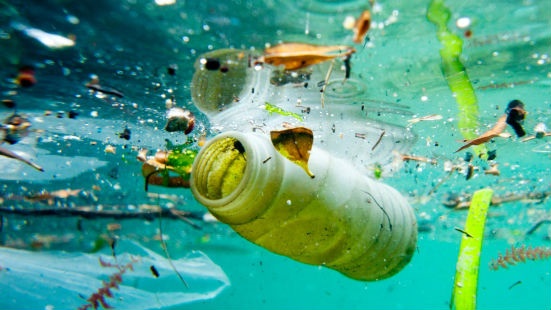 In June I saw another tragic story of a sperm whale that died in Thailand. Veterinarians told the harrowing story of how much she suffered as she vomited up five plastic bags, while they tried in vain to rescue her.

During her autopsy they found another 80 plastic bags amounting to 8kg in her stomach. She got so blocked up by the bags that she could not eat and eventually starved to death.

This was the last (plastic) straw for me. I immediately committed to move to a plastic free life – or as close to one as I can be. About two months later, I am almost there, although it has been much more challenging than I initially thought.

I have to admit that at first I became totally overwhelmed. Once you become aware of plastic you realise just how it has invaded every aspect of our lives even though it is often totally unnecessary. Why, for example, do we need to wrap toilet paper in plastic? Or vegetables such as potatoes, onions and beetroots? Why do we need the little plastic covers on the box of tissues? I could go on and on.

Some of the steps I took only involved small changes. Saying no to straws, never using plastic shopping bags, always having a travel mug and water bottle in the car and handbag… these were merely a question of discipline.

Other grocery items proved more difficult. I now buy only loose fruit and vegetables, but of course have to ensure that those who weigh or pack them do not pop them into those little flimsy plastic bags. The problem is that unless I go to my local community market the plastic free variety is limited.

Other produce like rice, pasta and milk had me at a loss for a while. Then I discovered the lovely Nude Foods Supermarket in Cape Town. The owners are committed to a plastic free world. You buy or take your own glass containers and everything is weighed. Milk and cream are also sold in glass containers which they will take back if you end up with too many. Let’s hope that similar shops will appear all over the country.

So that was my grocery cupboard sorted.

Then I tackled my cosmetics. A bit of internet research led me to a range of environmentally friendly skin products called Eco Diva. I love the products but more importantly they were happy to refill any containers and gave me discount for re-using the containers.

What my two months showed me was that with a bit of effort and creativity it was possible to radically reduce my plastic consumption. I once calculated that I saved 21 bags on a busy day of grocery and clothes shopping.

It therefore came as no surprise to me that that South Africans consume on average 2kg of plastic per person per day (almost the same as the USA), making us the 11th biggest plastic polluter in the world.

Being committed to eradicating plastic actually made me far more conscious of my shopping habits and even though the market and Nude Foods shop might be more expensive per unit than the average supermarket, I found that I bought less and wasted less, thus ending up saving overall.

Despite my best efforts I’m not 100% plastic free. My dog’s raw food still comes in plastic pouches and I don’t think that will change easily. And, of course, I have plastic in my car, phone, laptop, etc. That, I have no way of solving but then again I don’t throw any of those in my bin on a weekly basis.

It is true that every one of us can make a huge difference and supermarkets will change if enough of us protest and complain about the unnecessary use of plastic.

However, to make a real difference we urgently need regulations by the government. It was Valli Moosa who years ago took the courageous step of introducing a levy on plastic shopping bags. At the time consumers and the industry shouted blue murder. Yet, we all adjusted – to the point where we don’t even notice the 55 cents anymore. So it is clearly time for more stringent regulations.

Not to punish people or the industry, but because it is the right and necessary thing to do. Eight million tons of plastic waste is deposited into our oceans every year – equivalent to one dump-truck of plastic dropped into the oceans each minute. It is estimated that at this current rate, by 2050 there will be more plastic by weight in the ocean than fish.

According to WWF, 94% of litter washing up on South African beaches is made of plastic, of which 77% is packaging. The amount of litter washing up daily in Table Bay has tripled from 1994 to 2011, far outstripping the 60% growth in Cape Town’s human population over the same period.

If we don’t do anything our oceans will die and in addition to the tragedy of losing marine life the economic benefit from fishery and tourism will be destroyed.

It is also important to note that increasingly micro-plastic is finding its way into our water supply and into our bodies, which could have devastating long-term health implications for all of us.

Of course the industry will put up a massive fight, but government should not let that deter them. They should look at countries like Rwanda, Bangladesh, China, Taiwan, Macedonia and Kenya who amongst other banned plastic bags completely.

Humans are adjustable and inventive. We don’t need these single use plastics – we can find other alternatives, as I have proven in my own household. The whales and other marine animals have no options when it comes to their environment, nor can they adjust their lifestyles to accommodate the mountains of plastic they have to swim in.

If we want our grandchildren to still be able to look at whales and penguins outside of museums we have to urgently take drastic action.

- Melanie Verwoerd is a former ANC MP and South African Ambassador to Ireland.Disclaimer: News24 encourages freedom of speech and the expression of diverse views. The views of columnists published on News24 are therefore their own and do not necessarily represent the views of News24.

We live in a world where facts and fiction get blurred
In times of uncertainty you need journalism you can trust. For only R75 per month, you have access to a world of in-depth analyses, investigative journalism, top opinions and a range of features. Journalism strengthens democracy. Invest in the future today.
Subscribe to News24
Related Links
'AfriForum is taking us to the edge of the abyss'
How imminent is an amendment to the Bill of Rights?
Surviving the pre-election chaos
Next on News24
Melanie Verwoerd | We need investment - not exploitation Lucky Thursday for 3 Daily Lotto players
Full list of lottery results
Lockdown For
DAYS
HRS
MINS
Voting Booth
Who do you think is going to win the 2020 US election?
Please select an option Oops! Something went wrong, please try again later.
Biden is going to take it
47% - 10300 votes
It's four more years for Trump
53% - 11518 votes
Previous Results
Podcasts
PODCAST | POLITICS UNMUTED: Money for nothing, but how do we correct the corruption ship?