Melanie Verwoerd: The sound of silence and caramelised snakeskin 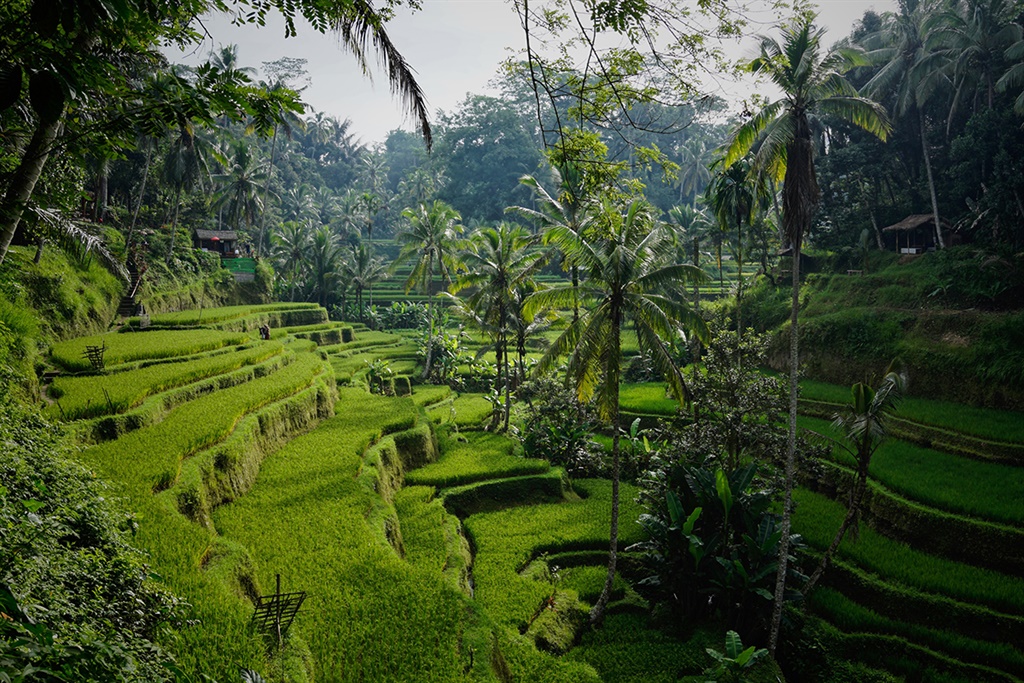 All of us need some time out and time not only to slow down physically, but also mentally. As much as our bodies need to occasionally detox, we also need an occasional mental and spiritual detox, writes Melanie Verwoerd.

Any idea what the rarest commodity in the world is? No, it is not some mineral, or exotic animal, or even water…

These days it is almost impossible to find silence unless you make a huge effort. Just think about it. When last did you spend a few days with only your own thoughts? No TV or Netflix, no phone, not even a cat or dog to talk to. Just you…

I recently travelled for almost 24 hours to do exactly that. When I decided to go to a silent retreat in Bali for five days, family and friends were sceptical. "You are definitely going to be kicked out," said a family member; a sentiment shared by the rest of the doubting Thomases.

Okay, it is perhaps understandable given that I do (and always have) made a living out of talking, but it could be exactly because of my noisy occupation that a few days at The Bali Silent Retreat Centre appealed to me so much.

This simple retreat is based in the rural, north-west of Bali close to the mountains. The scenery is simply breath taking, with rustic wooden huts surrounded by rice fields. Although guided meditation and yoga are available, there is no obligation to do anything. There are very few rules: no phones (there is in any case no reception or Wi-Fi), no smoking, no food in the huts (since it attracts mice which in turn attract snakes) – and of course, no talking.

Contrary to my family and friends' predictions, I had no problem being on my own in silence. However, being amongst people (at mealtimes, for example) and not saying a word was rather difficult at first. It was challenging to be with people for five days without having a clue where they were from, what their names were or what they did for a living. It became a little personal game to try and guess from body language where people were from and whether they were friendly, based on whether they made eye contact and smiled, or not.

There were a few other challenges. The huts were open at the top and despite having a mosquito net, the mozzies and I had an epic re-enactment of the Battle of Blood River every evening. (They won.) Despite loving the African bush, the Indonesian sounds at night were deafening and kept me awake for a long time. Initially the darkness made me feel a bit unsafe – occupational hazard of being South African, I guess.

Then there was the episode with caramelised snakeskin. Every day, delicious vegetarian food was served, buffet style. Next to the table there was always a black board identifying the different dishes by number. The second morning at breakfast, I scanned the board: 1) spinach frittata, 2) kitchree, 3) caramelised snakeskin… My brain froze. "WHAT?"

I swirled around to have a look at the table. There was the egg thing at No 1, the kitchree at No 2, and something white and leathery floating in a brown syrup at No 3. It didn't look like snakeskin to me, but then again, I have never had snakeskin – caramelised or otherwise.

My brain – which had finally started to slow down – went into overdrive. "I thought this was a vegetarian place, how can they kill snakes? Did one of them accidently follow a mouse into a hut and that was the end of him or her? No… that can't be right either. Maybe I should ask someone? Shit! I can't, I'm not allowed to speak!"

After a few minutes of frantic mind activity, I decided to just skip No 3 at the table (and not even look at it again). I turned back to the board to read the rest of the items, in the hope that they would be less exotic.

The next line read "…fruit".

I paused. My eyes went up to No 3 again.

Turns out someone had a bit of  sense of humour – with "fruit" written very small on the next line and a smiley face next to it. Phew!

Dietary mishap aside, this retreat was one of the most amazing five days of my life. Within an hour, I was walking slower and treading softer in order not to make a noise. By the second day my brain started to calm down and by day four, I started to have brief moments of non-thinking.

I ate slower – much slower and not only tasted the food properly, but ate significantly less. Because I slowed down, I started to notice little flowers and little insects. I heard the birds singing and the beetles buzzing. I even stopped panicking when I didn't have my phone in my hand.

All of us need some time out and time not only to slow down physically, but also mentally. As much as our bodies need to occasionally detox, we also need an occasional mental and spiritual detox. It is extraordinary the level of mental clarity that I got from only a few days of silence.

Of course, not many people can go to Bali and finding silence in our townships and populated areas is almost impossible. But, just switching off the TV, phones and computers for a day every now and then will help. Getting up early before family and the rest of the neighbourhood rises can also be a very special and quiet time. Every person will differ in how they seek silence, but seek it we all must.

Leaving the retreat was tough, but I decided to go back next year and do at least 10 days.

Ja, family, I can hear you all groaning in disbelief.

We live in a world where facts and fiction get blurred
In times of uncertainty you need journalism you can trust. For only R75 per month, you have access to a world of in-depth analyses, investigative journalism, top opinions and a range of features. Journalism strengthens democracy. Invest in the future today.
Subscribe to News24
Related Links
Melanie Verwoerd: Our response to the Springboks victory shows we're more united than divided
Melanie Verwoerd: Worried about SA? These entrepreneurs will give you hope
Melanie Verwoerd: Why #ImStaying in South Africa
Next on News24
Melanie Verwoerd | Will a defiant Jacob Zuma go down in history alongside PW Botha?