What will it take to bury white racism? 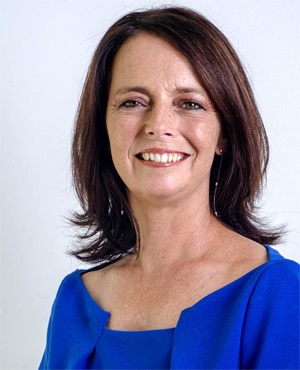 It seems as if 2016 is going to end very much as it started – with horrific racial incidents. Shortly after new year’s day Penny Sparrow’s racist tweet about African people on the beech in Durban hit the headlines. Now, as the year is drawing to a close, another unspeakable act, this time by two farmers close to Middelburg, came to light.

It took me a long time to summon enough courage to watch the video on YouTube showing the two men, Theo Martins and Willem Oosthuizen, forcing Victor Rethabile Mlotshwa into a coffin. Apparently his “crime” was that he took a shortcut over the farm and therefore trespassed. Just reading about it filled me with an emotional cocktail of intense fury and sadness. Fury at the despicable deeds of these men and sadness for Victor Moltshwa’s fear, pain and humiliation. Eventually, I watched it ... and I felt physically sick. Watching and listening to Victor’s fearful whimpers as the lid of the coffin was pushed down on him with threats of a snake and setting the coffin alight, my feelings of fury and sadness reached new heights.

“How is it possible that a human being can see someone in such fear and just continue to inflict more pain and suffering?” I wondered, not for the first time. “How does humanity get so lost in some people that it gives them such sadistic pleasure to humiliate, hurt and scare another human being?” Of course the answer is that they do not see the other person as a human being or at least not as a human equal to themselves. It would be impossible to continue with such cruelty if they did – because then they would have seen the eyes or face of a brother or father or uncle in the the eyes or face of people like Victor Mlotshwa.

There’s more to this story
Subscribe to News24 and get access to our exclusive journalism and features today.
Subscribe
Already a subscriber? Sign in
Next on News24
Melanie Verwoerd | Should local elections be postponed?

3 scoop the Daily Lotto jackpot
Full list of lottery results
Lockdown For
DAYS
HRS
MINS
Voting Booth
How has the delay in schools' opening impacted your life?
Please select an option Oops! Something went wrong, please try again later.
It's a disaster! We're struggling to manage work and kids at home
39% - 477 votes
It's a struggle, but we learnt lessons from last year's closures
19% - 232 votes
It's a relief, this second wave is bad and kids need to be at home
41% - 501 votes
Previous Results
Podcasts
PODCAST | MISSING MATTHEW EPISODE 3: Decades of false starts add to a family's despair