Where has our brilliance gone? 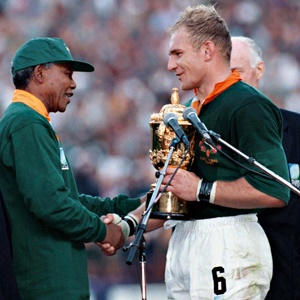 In sports, you need one or a few moments of brilliance to win a tough game.

Regardless of the literal definition of a moment, – just a second – fans typically want consistency of brilliance. The more they are exposed to brilliance, the more they want and expect it. It explains why best performing teams generally fill up stadiums.

Even when it is regularly repeated in different forms, brilliance is perceived momentarily in that we look at it in the context of the time when it happens. But it is the enduring excitement it brings long after the moment itself that actually matters. The same would apply in the life of a nation.

Now to the nub of the analogy.

When President FW De Klerk announced the unbanning of liberation movements and the unconditional release of political prisoners including Nelson Mandela, it was a moment of brilliance.

It didn’t matter that it came from an apartheid leader, or that it was long overdue. But it was a brilliant thing despite the jeering benches of the Nat backbenchers in the apartheid Parliament.

Remember the brilliant picture of Mandela and Winnie Madikizela-Mandela after he was released from prison? Poignant. The signature of freedom that summarised the outcome of a long struggle.

When in 1994, millions of South Africans joined snaking queues, hunger pangs notwithstanding, to cast their vote for the first time, it was a moment of national brilliance. So it was when Mandela took the oath of office and began the project of national reconciliation.

When the modern Constitution of the Republic was signed into law, we shattered with our brilliance whatever doubt doomsayers might have had about an African country’s willingness to be governed not by impulses of rulers, but by the rule of law.

When we won the Rugby World Cup (twice) and the Africa Cup of Nations, there was a national feeling that we could not have asked for more to lift the national mood. Nothing more brilliant than seeing Springbok captain Francois Pienaar and Mandela lift the cup. Mark Williams’s brilliant goal at the Afcon final is etched on the minds of South Africans.

When union leader James Motlatsi, mining mogul Bobby Godsell and Labour Minister Tito Mboweni joined hands and toyi-toyied to London to stop the rampant selling of gold to protect jobs in South Africa’s mining industry, there was a sense that when the national interest is under threat, our collective brilliance buries short-term differences.

When the Constitutional Court first ruled against Mandela’s administration, he accepted the outcome and implemented the judgement in a manner befitting of a brilliant master of statecraft.

When President Thabo Mbeki delivered the speech “I am an African”, few doubted that we had a brilliant leader who could think and was full of imagination.

When, on many occasions, Archbishop Desmond Tutu called our politicians to order, and threatened to pray for them, he did so with the necessary emotional brilliance you would expect of a caring Arch.

When Mandela, Mbeki and President Jacob Zuma travelled the continent not to seek guns (as Mandela once did) or seek refuge (as Mbeki and Zuma once did in exile), but to help the continent find peace, it was a case of our brilliant capabilities going beyond borders to export a version of our peaceful transition to democracy.

Who would forget the brilliant Mandela act, holding hands with Marthinus van Shalkwyk, a former Nat, in front of the Burundi parliament after transitional negotiations in that country, to demonstrate that it’s not impossible to work with a former enemy?

When Mbeki toured the major capitals of the world debating solutions to global problems with presidents from bigger countries, there was no doubt that it was a mark of brilliant representation of a country willing to punch above its weight in international relations.

When Mark Shuttleworth inserted himself into a rocket and disappeared into space, and returned safe with tales of his adventures, there was a feeling that our abilities have no boundaries.

When Siphiwe Tshabalala scored the opening goal of the 2010 Soccer World Cup, hosted on African soil for the first time, it was the kind of brilliance that evoked a deep sense of national pride that whet the appetite to be champions.

When Oscar Pistorius ran with able-bodied athletes and won, there was a sense that we are a country of abilities, not disabilities.

When South Africa was chosen to host the Square Kilometre Array, an international effort to build the world’s largest and most sensitive radio telescope to help better understand the history of the universe, it signified our willingness to embrace scientific progress. What brilliance!

Siya Xuza, a young man from Mthatha, showed the world how brilliant we can be when he invented at Harvard University a fuel cell that could solve the problem of diminishing power in cellphone batteries.

When the National Planning Commission consisting of South Africans from different sectors produced the National Development Plan, a long-term vision for the country, there was a demonstration of our willingness to make compromises and think about the bigger picture.

When Thuli Madonsela, a soft-spoken but powerful leader, took on politicians who thought public office was private property, we and many around the world could not get enough of her brilliance.

When political parties put aside their differences to focus on rebuilding the SABC, through a transparent process, there it shows that we still have it within us to be brilliant.

Having mentioned a sample of the many moments that represent the greatness of our nation, I’m afraid the moments of brilliance are drying out. We began to be our own worst enemy, reversing instead of building on our brilliance. We need to rediscover our abilities to dream big. To amaze. To be exceptional. We need to take stock.

We seem to have dropped the ball. We were not at the top yet. But on the rise, we definitely were. We set high standards. But somewhere along our upward trajectory, we plateaued to ordinariness and began a regress. We need to rediscover our brilliance.

- Follow Mpumelelo Mkhabela on Twitter.Disclaimer: News24 encourages freedom of speech and the expression of diverse views. The views of columnists published on News24 are therefore their own and do not necessarily represent the views of News24.

We live in a world where facts and fiction get blurred
In times of uncertainty you need journalism you can trust. For only R75 per month, you have access to a world of in-depth analyses, investigative journalism, top opinions and a range of features. Journalism strengthens democracy. Invest in the future today.
Subscribe to News24
Related Links
Zuma's main gripe with Mbeki
Will the SACP finally come to the party?
Does SA need to review its foreign policy?
Next on News24
Mpumelelo Mkhabela | Budget blues: Mboweni and Ramaphosa need to reconcile their views 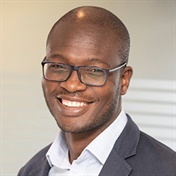 2 bag the Daily Lotto jackpot
Full list of lottery results
Lockdown For
DAYS
HRS
MINS
Voting Booth
When planning for the Black Friday sales do you:
Please select an option Oops! Something went wrong, please try again later.
Save, research and plan ahead, preparing to make the most of it?
8% - 876 votes
Wait and see what looks like a good deal on the day?
14% - 1643 votes
Have no interest in spending more money this year?
78% - 8993 votes
Previous Results
Podcasts
PODCAST | POLITICS UNMUTED: When prophets and politics collide