Zizi Kodwa, the ANC’s head of presidency (a mighty fancy title) and for years the party's master spin doctor, recently wrote an opinion piece in the Sunday Times where he flimsily contended that the governing party is not on trial in Zondo's commission of inquiry into state capture.

But with every new witness and each passing day at the commission's hearing in Parktown, Johannesburg, Kodwa's argument becomes increasingly hollow. The ANC would have South Africans believe that the establishment of the inquiry is thanks to the ANC's "determination to stay the course and cleanse our institutions and organs of state of corrupt practices". Kodwa argues that the commission "may lay bare" conduct of some of its own members, but that it has nevertheless issued a general call to its own to cooperate with the inquiry. He then declares that South Africans "pretend not to remember" that Chapter Nine institutions "were created by the ANC as governing party".

Where to begin, especially after Monday's testimony by Ian Sinton, Standard Bank's former general counsel? He went into great detail, laying bare the ANC and its government’s concerted efforts to strong-arm the bank into reversing its decision to close the Guptas' bank accounts.

We all knew the broad outlines of events: the banks deciding to close the Gupta accounts, the Zuma Cabinet's attempts to overturn the decision and the resulting confrontation when Finance Minister Pravin Gordhan went to court to try and obtain an order to confirm his functions as member of the national executive. But Sinton's testimony has exposed to what lengths the governing party went in order to protect a family that latched onto the state like a bloodthirsty parasite to a meek host.

For the ANC to summons the Standard Bank leaders to its Luthuli House headquarters to explain their decision is quite stunning – a political party, albeit the governing one, intimidating a private company to overturn a commercial and legal decision. The ANC delegation was led by Gwede Mantashe, then-secretary general, and assisted by Jessie Duarte, his deputy, and Enoch Godongwana, the party's head of economic transformation. After Mcebisi Jonas, Themba Maseko and Vytjie Mentor's state capture revelations in March and April 2016, Mantashe said ANC members should bring evidence of state capture to him and that he would investigate. Nothing came of it. And Duarte's son-in-law, Ian Whitley, was sent to National Treasury as part of the Guptas' delegation when the assault on National Treasury exploded into the open in December 2015.

How can the ANC not be on trial? The party, its leadership and its famed "deployees to government" were all of one mind and singular purpose in the strategic and often crude ways in which it facilitated, enabled and advanced the Guptas' interests. The Standard Bank team that went to Luthuli House should probably have told the ANC to sod off, but went there out of a measure of respect for the organisation and was promptly asked if it took instructions from Stellenbosch and whether it was part of "white monopoly capital".

How can the ANC not be on trial?

Sinton told Deputy Chief Justice Ray Zondo that he hadn't often seen his boss, chief executive Sim Tshabalala, angry but that day was one of those rare occasions. Mantashe, Duarte and Godongwana's approach seems to be copied straight from the Bell Pottinger playbook drawn up by Duduzane Zuma.

And if the ANC's direct involvement wasn't enough, the farce which was the "inter-ministerial committee" led by Mosebenzi Zwane - then-minister of mineral resources, but in actual fact nothing more than minister of Gupta affairs - compounds everything. Zwane ordered the Standard Bank leadership to a meeting in Pretoria where he proceeded to threaten the company by saying he could change laws and that the bank must remember it operated courtesy of a banking licence issued by government. And who was part of the "inter-ministerial committee"? Mzwanele Manyi, an alleged "ministerial advisor" but incidentally also a Gupta vassal and acolyte.

How can the ANC not be on trial? The organisation was wholly involved in the creation of the shadow state. Its leaders apparently helped the Guptas wherever they could, its most powerful deployees intervened on their behalf. The commission of inquiry was not instituted by choice or a civic sense of duty, Kodwa will be advised to remember. It was forced on then-president Jacob Zuma by the High Court after he and his party resisted all efforts to investigate state capture. And the pious manner in which he seeks to remind South Africans about the party's gracious gift to the nation of Chapter Nine institutions is, at best, disingenuous. The ANC was the single biggest opponent of the Public Protector's investigation into state capture, and before that into Nkandla.

The fact that a commission of inquiry has been constituted is not because of the ANC, it is despite of the ANC. And given the depth of its involvement in state capture not only is it in the dock, the ANC is the main accused.

We live in a world where facts and fiction get blurred
In times of uncertainty you need journalism you can trust. For only R75 per month, you have access to a world of in-depth analyses, investigative journalism, top opinions and a range of features. Journalism strengthens democracy. Invest in the future today.
Subscribe to News24
Related Links
The spectacular unraveling of AfriForum
State capture commission can work, but Zondo will have to run tight ship
ANALYSIS: What now for Shaun Abrahams?
Next on News24
Pieter du Toit | Why Cyril Ramaphosa needs to urgently reset and relaunch his stuttering presidency 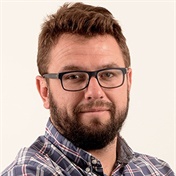 1 person scoops the Daily Lotto prize
Full list of lottery results
Lockdown For
DAYS
HRS
MINS
Voting Booth
When planning for the Black Friday sales do you:
Please select an option Oops! Something went wrong, please try again later.
Save, research and plan ahead, preparing to make the most of it?
7% - 983 votes
Wait and see what looks like a good deal on the day?
14% - 1866 votes
Have no interest in spending more money this year?
79% - 10492 votes
Previous Results
Podcasts
PODCAST | POLITICS UNMUTED: When prophets and politics collide