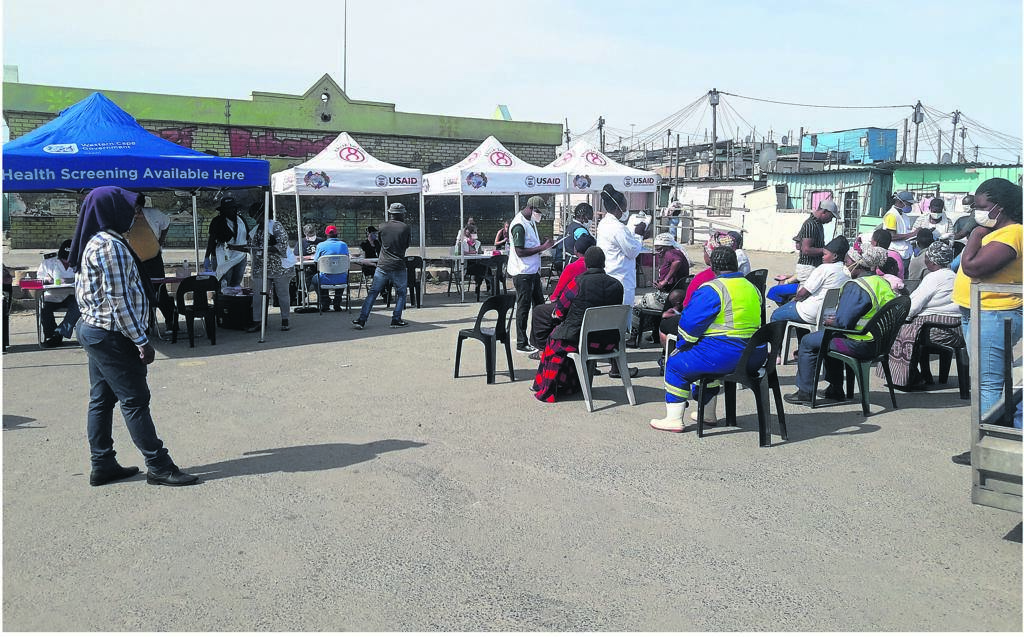 Hundreds of people from ward 89 gathered near a popular water station at France informal settlement, in Site B, on Friday 17 April for Covid-19 screening and testing.

This was organised by the provincial department of health and the Doctors Without Borders.

At least 1 472 people were screened and 270 people were found to have some of the symptoms of the coronavirus but only 57 people were tested.

Ward councillor Monde Nqulwana said the objective is to flatten the curve of the pandemic in Khayelitsha.

He described the initiative as part of the awareness campaign against the pandemic. “We are screening people and those who have symptoms are referred to the mobile clinics for testing. There were no people who tested positive,” said Nqulwana.

He stated that he is not satisfied with the period the health practitioners spent in the area. “Because the doctors are working against time, they weren’t able to screen all the people. We had to turn back people who were interested to be screened,” he said.

Resident Nokuthula Gquka (39) said she is happy that she got tested and the result was negative.

“I’m so worried that the number of people infected by the coronavirus in Khayelitsha is increasing daily. We are living in dense areas and it is easy for the virus to spread quickly,” she said. She urged people to obey the law and stay indoors.

Khayelitsha District Hospital communications officer Sithembiso Magubane said the department is happy with the response from the community. “It shows that they are interested and concerned about their lives. People want to be screened and tested,” said Magubane.

However, he stated that they are facing a challenge of some people who are still hesitant to come and test because of all the fake news on social media.

“Some people are reluctant to test because of the fake news regarding the coronavirus that has been circulating on social media. But, as a department we are trying our best to inform and educate the communities about the pandemic,” he said.