Air quality act to be discussed 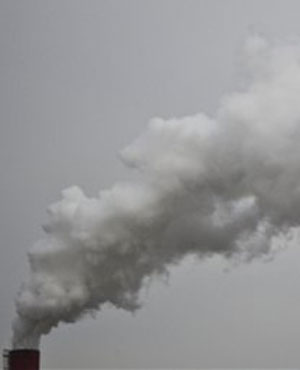 Cape Town - Public hearings are to be held on planned changes to atmospheric emission levels, as set out in a government notice issued last year, Parliament's environmental affairs portfolio committee announced on Monday.

"[The committee] will be holding public hearings on the potential or unintended consequences of the proposed amendments to the listed activities listed under section 21 of the National Environmental Management: Air Quality Act, 2004," it said in a statement.

Interested stakeholders were invited to submit written comments not later than 11 April.

"Public hearings are targeted for week of the 16 April... Specific dates and times will be provided after the deadline has been met," the committee said.

General Notice 964 of 2012 was issued in November by Environmental Affairs Minister Edna Molewa.

In it, Molewa said it was her intention "to amend the list of activities which result in atmospheric emissions which have or may have a significant detrimental effect on the environment, including health, social conditions, economic conditions, ecological conditions or cultural heritage".

According to the notice, existing plants must comply with minimum emission standards by 1 April 2015, although application may be made for an extension.

We live in a world where facts and fiction get blurred
In times of uncertainty you need journalism you can trust. For only R75 per month, you have access to a world of in-depth analyses, investigative journalism, top opinions and a range of features. Journalism strengthens democracy. Invest in the future today.
Subscribe to News24
Related Links
China wrestles with cleaner environment
Molewa: Green is the future
Next on News24
Thousands of dead seal pups wash ashore in Namibia, says conservancy group