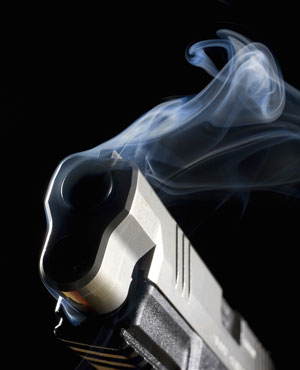 "The rangers and poachers exchanged fire and two poachers died from their wounds," Mabasa said.

"The third suspect managed to escape. These are the first fatalities in the park this year."

The rangers found firearms and an axe at the scene.

We live in a world where facts and fiction get blurred
In times of uncertainty you need journalism you can trust. For only R75 per month, you have access to a world of in-depth analyses, investigative journalism, top opinions and a range of features. Journalism strengthens democracy. Invest in the future today.
Subscribe to News24
Related Links
More rhino poached in Namibia
3 suspected rhino poachers killed in Kruger
Anti-poaching ops gets results
Next on News24
Thousands of dead seal pups wash ashore in Namibia, says conservancy group