US duties on solar products will cause 'serious harm': China 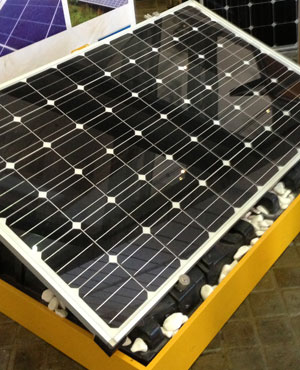 Beijing - A US trade panel's move to impose import duties on solar products made in China and Taiwan will cause "serious harm", Beijing said on Thursday, warning of the decision's global repercussions.

The statement from China's Commerce Ministry came one day after the US International Trade Commission paved the way for duty orders on imports of certain crystalline silicon photovoltaic products, saying that they were being dumped and unfairly subsidised.

"The US side's findings ignore the facts and legal regulations," China's Commerce Ministry said in a statement posted on its website, calling the move "a breach by the US of its obligation to comply with World Trade Organisation rules."

"The abuse by the United States of trade remedy measures causes serious harm to Chinese companies as well as to the interests of US consumers and industry," the Commerce Ministry said.

It added that China "will consider working within the WTO framework as well as the American judicial system to exercise its rights and protect its own interests".

The ITC decision came a year after the US Commerce Department launched the probes on imports of certain crystalline silicon photovoltaic products from China and Taiwan, another round in trade conflicts between the world's two largest economies.

At issue are imports of products that include crystalline silicon photovoltaic cell, module and panels, imported as separate components or integrated with other products.

The value of the solar product imports under investigation was more than $2.1bn in 2013, with an estimated $1.5bn in imports from China and $656.8 million from Taiwan, according to the Commerce Department.

The probe was requested by a large US solar manufacturer, SolarWorld Industries America, of Hillsboro, Oregon, a unit of German solar giant SolarWorld AG.

In its statement, China's Commerce Ministry argued that the move would "hinder further co-operation as well as the development of the new energy industry in the US and around the world."

The Chinese government expresses "serious concern" over the decision and "urges the US to strictly abide by international rules," it said.

Also on Wednesday, the US Commerce Department said it would set large import duties on car and light-truck tires made in China, saying producers were dumping them into the US market.

Most of the dozens of companies affected by the ruling will face duties of 27.72%.

China's Commerce Ministry did not immediately respond to the announcement.

We live in a world where facts and fiction get blurred
In times of uncertainty you need journalism you can trust. For only R75 per month, you have access to a world of in-depth analyses, investigative journalism, top opinions and a range of features. Journalism strengthens democracy. Invest in the future today.
Subscribe to News24
Related Links
We are in for years of loadshedding - expert
Car park solution for flexible green energy
Breakthrough in solar energy research
Next on News24
Thousands of dead seal pups wash ashore in Namibia, says conservancy group

Lucky Thursday for 3 Daily Lotto players
Full list of lottery results
Lockdown For
DAYS
HRS
MINS
Voting Booth
Who do you think is going to win the 2020 US election?
Please select an option Oops! Something went wrong, please try again later.
Biden is going to take it
47% - 10301 votes
It's four more years for Trump
53% - 11518 votes
Previous Results
Podcasts
PODCAST | POLITICS UNMUTED: Money for nothing, but how do we correct the corruption ship?