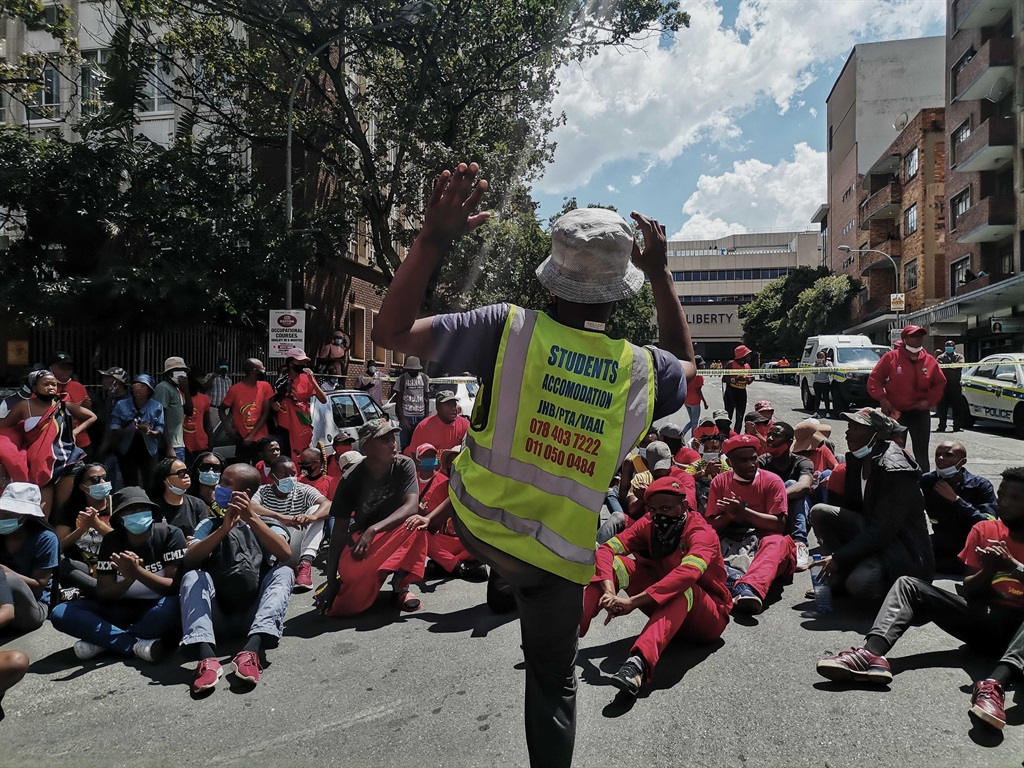 Students in Braamfontein gathered in the precinct to protest against financial exclusion at universities on 10 March 2021.
PHOTO: Kayleen Morgan, News24

What news: Last Wednesday, students held peaceful protests in Braamfontein against the non-registration of students who have historical debt at Wits University.

What we heard: According to Nkululeko Tselane, an FMF activist who protested for access to education in 2016, nothing has changed; people are still being shot at for exercising their right to protest.

In quotes: "[For] me, the most concerning and upsetting [thing] is that we have seen little change in how to address protests. The response is always the same, which shows how structural the issues are," he told News24 in an interview.