As Trump and Biden battle it out how did Kanye's run for president go? 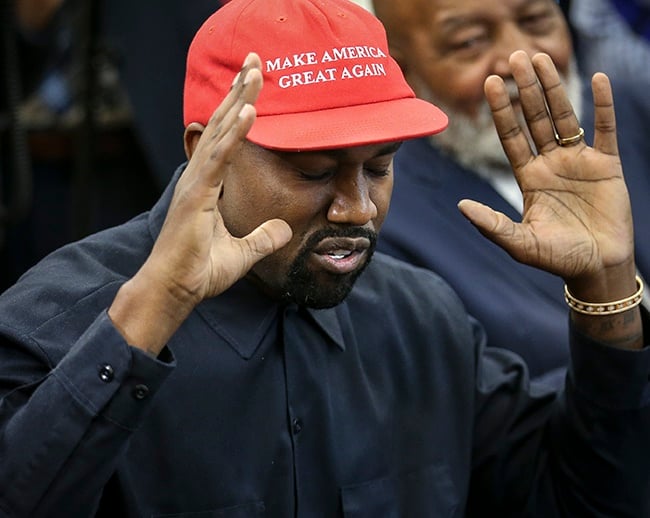 In case you forgot, Kanye West also ran for president of the United States.

The 43-year-old, who entered the race in July, appeared on ballots in only 12 states.

By Wednesday afternoon, while the race for president was still hotly contested, Kanye conceded defeat with nearly 60 000 votes.

"Welp, Kanye 2024," he tweeted followed by a dove of peace emoji. He later deleted the tweet and replaced it with a similar message but this time without the word "welp" - typically used to express resignation or disappointment.

On Tuesday Kanye, still optimistic, tweeted that he would be voting for the first time in his life and it would for someone he "truly trusts". Himself.

Click "Read More" for Kanye's full election results and to see where he got the most support.

We live in a world where facts and fiction get blurred
In times of uncertainty you need journalism you can trust. For only R75 per month, you have access to a world of in-depth analyses, investigative journalism, top opinions and a range of features. Journalism strengthens democracy. Invest in the future today.
Subscribe to News24
Related Links
Kanye West gifts Kim Kardashian a lifelike hologram of her late father Robert Kardashian
Kanye West fires back at Jennifer Aniston after she tells fans not to vote for him
Kanye West's scathing response to Issa Rae's SNL joke about his presidential run
Next on News24
Hillary: The must-watch docu-series amid America’s political mayhem 2 bag the Daily Lotto jackpot
Full list of lottery results
Lockdown For
DAYS
HRS
MINS
Voting Booth
When planning for the Black Friday sales do you:
Please select an option Oops! Something went wrong, please try again later.
Save, research and plan ahead, preparing to make the most of it?
8% - 877 votes
Wait and see what looks like a good deal on the day?
14% - 1653 votes
Have no interest in spending more money this year?
78% - 9034 votes
Previous Results
Podcasts
PODCAST | POLITICS UNMUTED: When prophets and politics collide