EDITORIAL: Be afraid. Be very afraid 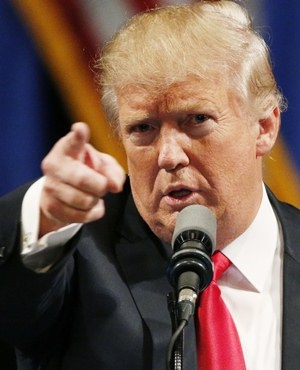 For South Africans who stress out about the troubles and weak leadership of our head of state, it is hard to imagine that any president could be worse than Jacob Zuma.

He is incompetent, lacks any vision or plan, is morally deficient and ultimately cares about only one person: Jacob Zuma.

But new US President Donald Trump appears hellbent on taking the mantle from Msholozi.

Because he is the leader of the world’s foremost superpower, Trump could inflict far greater damage, not only to Americans, but to the rest of the world.

The son of immigrant parents who came from Europe to chase the American Dream, Trump openly hates immigrants (especially if they are not white) and is waging a war against them, forgetting that he is also a beneficiary of the system.

At the stroke of a pen, Trump has made official his hatred of Muslims, banning citizens from seven predominantly Muslim countries from setting foot in the US.

Building a wall on the Mexican border to close off his neighbours – whom he considers rapists and criminals – has become a pet project that he is prepared to pursue at all costs, regardless of the human and financial consequences.

He is stirring on a new US nationalism that is not too dissimilar to how Adolf Hitler sought to rally the Germans in a manner that only resulted in hatred and the subsequent killing of millions of people.

His victory in the November presidential election has also emboldened right-wingers, racists and fascists throughout the world, who were the first to congratulate him and are now convinced that European voters will emulate the US’s rightward shift.

Trump might argue that he is only implementing his election promises, but what the world has seen in the last week has been an impetuous megalomaniac, obsessed with TV ratings, and taking revenge on opponents and critics.

In a blow for women all over the world, he has reinstated the global gag rule, which prevents foreign organisations that receive US money from talking to women about abortion.

This could lead to the exponential increase in dangerous, illegal abortions across the world.

His readiness to trample on human rights is evidenced by his embrace of torture and his willingness to bring back the dreaded waterboarding and other practices that were abandoned by his predecessors.

We live in a world where facts and fiction get blurred
In times of uncertainty you need journalism you can trust. For only R75 per month, you have access to a world of in-depth analyses, investigative journalism, top opinions and a range of features. Journalism strengthens democracy. Invest in the future today.
Subscribe to News24
Related Links
Zuma ‘likely to vote for Kenyan’ at AU. Here’s why
Tips for Trump: From SA political leaders
Trump vs Africa: how the continent can counter destructive policies
Next on News24
Cyril Ramaphosa | The ANC is 'accused number one' for corruption