Our leaders are the real problem 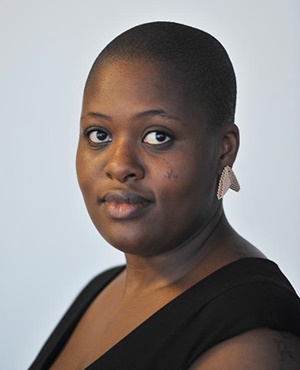 It is clear that we are deep in crisis regarding how to transform South Africa’s public tertiary education system.

Even more concerning is the dearth of leadership within tertiary institutions and government, the two bodies which have – intentionally or unintentionally – together created the current calamitous situation.

Last week, two statements made by ANC ministers hinted at a governing party that is neither able nor willing to drive a much-needed transformation programme.

Higher Education Minister Blade Nzimande accused protesting students of being “demanding” and having “ulterior motives”, while ANC secretary-general Gwede Mantashe said he would shut down universities for a protracted period to teach students a lesson.

This is disappointing and concerning, because what other programmes will be abandoned?

What about the majority of young people who do not even get to matric, who are neglected by the current discourse, whose issues are far more complex?

In its failure to prioritise funding of higher education in a way that recognises South Africa as a predominantly poor country with massive inequality, government gave universities the cue to act in ways that are contrary to what the current social context needs, and in ways they argue are justified.

In addition, the state and public universities invoke “institutional autonomy” as and when it suits them, instead of asking if the current form of autonomy works for our contemporary needs.

Before 1994, this autonomy was in response to a need for universities to function without the dangerous overreach of the apartheid state.

Where does it fit in now? What is working and what is not are some of the questions we should have been trying to answer long before #FeesMustFall.

There is even less leadership from so-called thought leaders, people with platforms.

Until last year’s #FeesMustFall protests, many of them had no idea what section 29(1) of the Constitution said.

Instead, they printed and repeated inaccuracies informed by their own middle classness or by the conviction that “we dealt with this” when it was obvious that they had not, or by the belief that access to higher education would not be so pressing this year.

On the news website The Daily Vox, Jared Sacks wrote:

“The problem is not the students, but the ruling class: the Mantashes, Benatars, Prices and Jansens of the world.”

And what does it mean that many of those who presided over the creation of the current crisis are the same people entrusted with a transformation agenda that extends beyond fees?

We live in a world where facts and fiction get blurred
In times of uncertainty you need journalism you can trust. For only R75 per month, you have access to a world of in-depth analyses, investigative journalism, top opinions and a range of features. Journalism strengthens democracy. Invest in the future today.
Subscribe to News24
Related Links
‘No free education, no education’ could destroy a generation – Adam Habib
Stop the war on knowledge
Radebe vague on varsity fee talks within Cabinet
Next on News24
Cyril Ramaphosa | The ANC is 'accused number one' for corruption