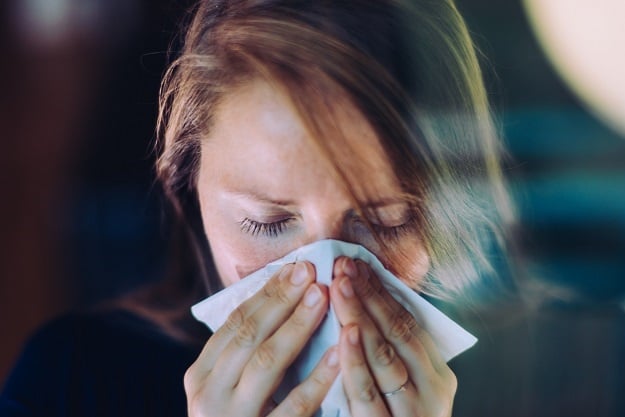 A woman sneezes into a tissue.
Getty Images

Every year, for the past 36 years, the flu season started around mid-July.

This year, most likely due to Covid-19 prevention measures, no influenza has been detected by three sentinel surveillance programmes, which are designed to monitor influenza outbreaks annually.

According to a short article in the July 2020 monthly communique published by the National Institute for Communicable Diseases, after an initial outbreak of two strains of flu in the Western Cape early this year, only one case of flu has been detected in Gauteng in the week ending 14 June.

The author is Professor Cheryl Cohen, the co-head of the Centre for Respiratory Diseases and Meningitis, one of the country's foremost epidemiologists.

Cohen co-authored a study in September 2019, which found that, on average, 10 million South Africans were infected with the flu each year.

In an April interview with News24, Cohen warned that the flu season would cause a "sea of respiratory illness" that would make detecting Covid-19 cases much harder.

READ | NICD's top epidemiologist: How the Covid-19 pandemic is evolving and why we should be concerned

"Over the past 36 years, the influenza season has started in week 28 (week ending 12 July). This year, the various hygiene and physical distancing measures being implemented to reduce SARS-Cov-2 virus transmission has likely played a role in interrupting influenza virus interruption," Cohen wrote.

This appears to be largely down to global travel bans implemented to halt the spread of Covid-19.

We live in a world where facts and fiction get blurred
In times of uncertainty you need journalism you can trust. For only R75 per month, you have access to a world of in-depth analyses, investigative journalism, top opinions and a range of features. Journalism strengthens democracy. Invest in the future today.
Subscribe to News24
Related Links
EXPLAINER | Why Covid-19 is called a pandemic and why it’s not just the typical flu
Covid-19 deaths: SA's funeral parlours resort to using makeshift mortuaries
Cabinet 'disappointed' by Covid-19 related corruption
Next on News24
News24's Out of Order Index: Concern over quality of service delivery stats on municipal health