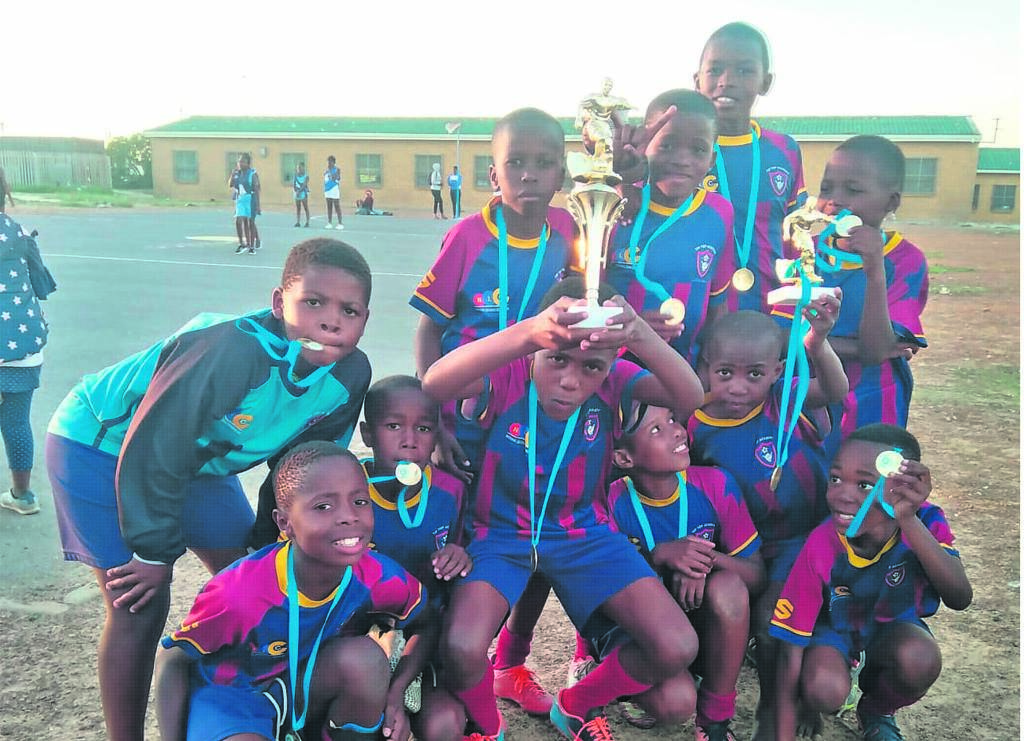 Tip-Top players from Endlovini celebrate after thrashing Morning Stars 3-1 in the u-12 division.

In an effort to keep the children away from the street during the Easter weekend members of Making Sport Brilliant Club (MSB) from Endlovini informal settlement organised an Easter Tournament for juniors.

The tournament which was held at Luleka Primary School in Harare started on Saturday 27 March and concluded on Monday 5 April. A total of 41 teams from different divisions participated in the tournament. Only eight teams for u-10, 10 teams for u-12, 13 teams for u-14 and 10 teams for u-16. All the teams were from Endlovini, Harare and Ekuphumleni.

MSB spokesperson Siyabulela Mehlonkomo said it is the first time their club is organising a tournament during Easter. “We started this initiative of organising a tournament last year September on Heritage Day. This is our second tournament that we organised as a club,” said Mehlonkomo, adding that their aim is to organise tournaments on each and every holiday. He said they believe that a child in sport is a child out of court. “We are trying to build friendship among children. And encourage them to be involved in sport,” said Mehlonkomo.

“The first prize was a trophy and gold medals and second prize were silver medals in all groups. Tip-Top u-12 coach Zola Sizani praised the organisers for doing a splendid job. “It was a great experience for the boys. They performed very well,” said Sizani.

He highlighted the “small tournaments” as motivating for the players. The Endlovini based team thrashed Morning Stars from Harare 3-1 in the final. “We were leading 3 to nil in the first half. My boys were a bit shaky, especially at the back in the second half and Stars managed to score a goal,” said Sizani. He urged parents to go to stadiums to support their children.

We live in a world where facts and fiction get blurred
In times of uncertainty you need journalism you can trust. For only R75 per month, you have access to a world of in-depth analyses, investigative journalism, top opinions and a range of features. Journalism strengthens democracy. Invest in the future today.
Subscribe to News24
Next on News24
Killings causing panic