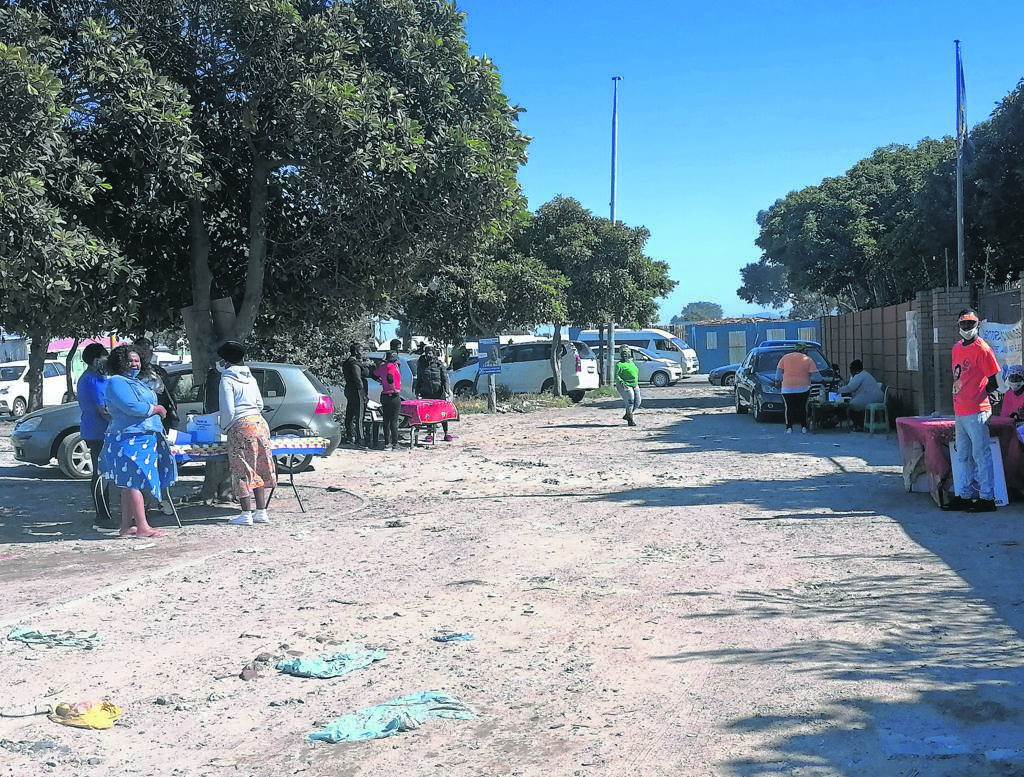 Some of the political party tables outside the Lutheran church in Marcus Garvey. PHOTOS: UNATHI OBOSE

When City Vision visited some of the voting stations yesterday it was quiet, with police keeping an eye on the proceedings. In Ward 88 at least six voting stations were opened, with 18 768 people expected to cast their votes.

Voters expressed optimism about the way the Independent Electoral Commission (IEC) employees worked. They praised them for being disciplined and for enforcing Covid-19 regulations.

“IEC employees were friendly,” said Khuthala Bobotyane (36) from Marcus Garvey. “They guided us on what to do.” She said that she was pleased to see the presence of the police at the station.

Bubele Ngavu (43) from Kosovo said he was impressed by the level of maturity displayed by political organisations contesting the elections. “I thought there will be a chaos between these party members. I saw ANC and EFF members dancing together,” said Ngavu, adding he is hoping their votes will bring change in their area. “We need a councillor that will serve the community instead of his or her party. There is little development in Kosovo, and the conditions that we are living in are bad.”

Counting was expected to start immediately after the stations closed, the results expected today.