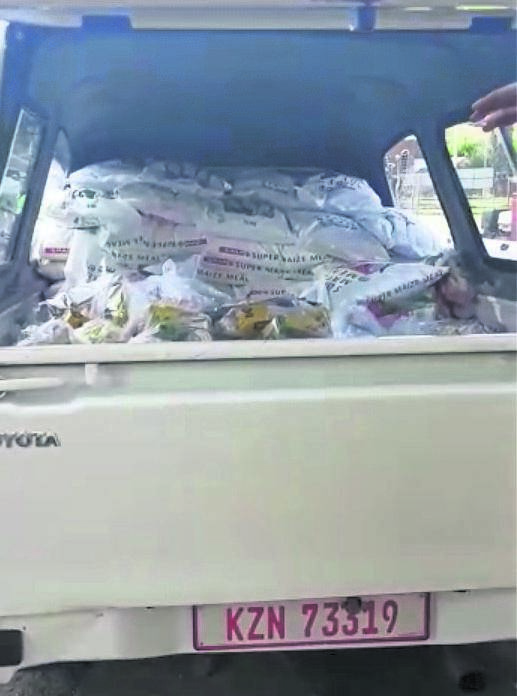 photo: suppliedSome of the food parcels loaded in a bakkie belonging to the Department of Social Development.

AS political parties are gearing up for the by-elections scheduled to take place today, damning allegations have been made against senior politicians accused of using food parcels to secure votes.

The allegations surfaced last Friday after a video was posted on Facebook showing cars belonging to Sassa officials transporting food parcels to uMvoti Fire Station. It’s alleged that the food parcels were meant to be distributed at the ANC Siyanqoba rally at Nhlalakahle on Sunday.

Chairperson of Abantu Batho Congress (ABC) Fanozi Sheik said the ANC has in the past mislead voters by handing over food parcels during door-to-door campaigns.

There’s more to this story
Subscribe to News24 and get access to our exclusive journalism and features today.
Subscribe
Already a subscriber? Sign in
Next on News24
WATER RELIEF PROJECT to create job opportunities