The accused in the Vicki Terblanche murder case in the Gqeberha Magistrate’s Court during an earlier appearance. From left: Reinhardt Leach, Dylan Cullis and Arnold Terblanche.
Photo: CANDICE BEZUIDENHOUT

Almost one year before her murder, Vicki Terblanche had tried to commit suicide as a result of allegedly being verbally, emotionally and also physically abused by her estranged husband, Arnold Terblanche, who is one of the three accused in her murder case.

In addition, one of Terblanche’s previous spouses (he had been married three times) was admitted to a psychiatric hospital, allegedly also due to abuse suffered at his hands.

These are only a few of the details that emerged from the opposing bail affidavit compiled by investigating officer, Colonel Kanna Swanepoel, that was read into the record during the continuation of the bail applications of Reinhardt Leach (32), Vicki’s boyfriend and Terblanche (55).

Their co-accused, Dylan Cullis (24), has opted to not apply for bail at this stage.

The twists and turns relating to alleged mastermind, Arnold Terblanche

During this court appearance, the state unpacked details surrounding the murder as contained in the affidavit, that reminds one of a horror movie with several twists and turns.

The affidavit alleges that Terblanche was the mastermind behind the murder, did everything in his power to make life difficult for Vicki and wanted to portray her as an unfit mother who was addicted to drugs.

This is despite the fact that Vicki allegedly underwent four drug tests during the divorce proceedings, all of them being negative.

He had also allegedly been involved in numerous extramarital affairs and placed his assets, worth millions, into the names of family members and his current girlfriend, who is still legally married to someone else, in order to diminish his financial profile to avoid paying maintenance for Vicki, after she filed for divorce in December 2020, court documents claim.

The information read into the record added that Terblanche allegedly bribed an 18-year-old family member to make an affidavit saying that he had received drugs from Vicki. In order to get the young man to do this, claims are made that Terblanche bribed him by buying him a car and threatened him that his father would lose his job if he did not make the affidavit.

An interim High Court order issued on May 11 this year, determined that, pending the finalisation of the family advocates’ inquiry to determine who would receive custody of the child, Terblanche and Vicki would have joint custody of the child. It was also determined that Terblanche had to pay Vicky R18 500 a month for maintenance, R3 500 towards maintenance for their son, he had to rent a property for Vicki (that she shared with Leach), pay R1 250 for water and electricity, as well as the WiFi at the residence and insurance on her car.

“Terblanche was becoming progressively more agitated with the fact that the deceased would not agree to a divorce on his terms.

“He went as far as to offer a family member of the deceased R50 000 in cash to convince the deceased to agree to the divorce, but the deceased was not prepared to give up custody of their son,” the affidavit read.

Swanepoel’s affidavit further read that Leach is a role-player in the abalone industry and runs a criminal enterprise.

Leach is described as possibly being a psychopath, as he pretended to be in love with Vicki, whilst spying on her and reporting her every move to her estranged husband, even taking pictures of her notes to her legal team to keep Terblanche updated.

Swanepoel stated in the affidavit that numerous messages have been sent between Leach and Terblanche and calls were made between the two.

Leach also at one point apparently told Terblanche in a message that they might have to start using a spare phone to communicate.

It is claimed that Leach saw the deceased as a “cash cow” to fund his illicit abalone dealings and that he is also a drug addict as dagga and Tik were found in his car at the time of his arrest.

After the first telephonic conversation between Leach and Terblanche, allegations were made that Vicki was “out of it” (drugged) “at the present moment,” which lead to Terblanche’s attorneys contacting Vicki’s attorneys. Shortly after Vicki was contacted by her attorneys regarding these allegations, she sent a video clip of herself perfectly healthy with her domestic worker. She later also sent a picture of herself at the nail salon.

“This is a vital piece of evidence as it shows that the allegation that she was a drug addict is a blatant lie. The source of this rumour is Leach and Terblanche.” 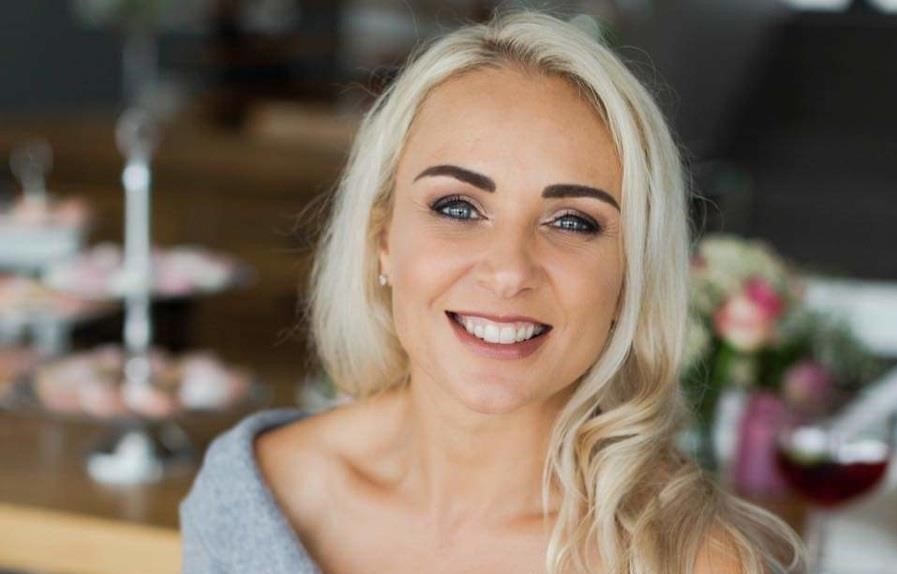 According to the affidavit, Leach recruited Cullis and another accomplice to assist with the murder. The day before her murder, it was found in a WhatsApp message that Leach told Terblanche to get him a fast car as he needed to fetch something in Cape Town to “do the job for him.” He allegedly also said that the car needed to be fast in case someone chases him and he needed “ysters” (firearms).

During the night of the murder on October 18, it is alleged that Leach crushed a large quantity of Percocet tablets, mixed it with a fizzy drink similar to Berocca and gave it to Vicki. After wanting to vomit, Cullis allegedly took Vicki to lie down and turned her on her side whereafter she was allegedly suffocated by Leach.

Afterwards, Percocet tablets were left in the house to allegedly create the impression that Vicki was an addict.

It was later revealed that on October 20, Terblanche allegedly asked his girlfriend to phone the police and complain about barking dogs at Vicki’s residence. Since she was out of town, she instructed her mother to do so. When no one responded to this “complaint”, the girlfriend’s sister allegedly called the police the next day to complain about domestic violence at the residence.

“She gained access to the complex under the cover of being an estate agent. She met up with the SAPS members [at the residence] but seeing that neither of the parties involved in the so-called domestic violence was present, they refused to enter the residence. It was clearly necessary for the SAPS to find the staged scene,” the document read.

“It is clear that a ‘scene’ had to be staged to create the impression that the deceased went off the rails with drug use and is now missing."

This was Terblanche’s elaborate scheme to blacken Vicki’s name.

“Unfortunately, for the accused, this plot was thrown out the window when Cullis decided to point out the shallow grave where the deceased was buried.”

The ‘joyride’ with Vicki’s body

Swanepoel’s affidavit claimed that after Vicki was killed, Cullis and another implicated man changed her clothing as she had urinated on the clothing at the time of the murder.

“The next day, they allegedly wrapped her body in the bedding from the spare room, loaded her into the boot of a BMW vehicle and as they explored various options to get rid of the body, including setting it alight, to dumping it at a municipal waste site, a witness was approached to get rid of the body, but refused. Meanwhile, Leach, Cullis and the implicated man allegedly went to ride go-carts at the William Moffett Centre, leaving Vicki’s body in the vehicle."

After Leach allegedly recruited someone from Greenbushes to dig a “big hole” and paid him in cash, Vicki’s body was dumped in the shallow grave on the night of October 20, 2021.

Whilst travelling to Greenbushes, it is alleged that Leach contacted Terblanche and said that Vicki was no longer a problem.

The investigation is ongoing and other people of interest have been identified.

The bail application was postponed to tomorrow (Tuesday, November 30).

We live in a world where facts and fiction get blurred
In times of uncertainty you need journalism you can trust. For only R75 per month, you have access to a world of in-depth analyses, investigative journalism, top opinions and a range of features. Journalism strengthens democracy. Invest in the future today.
Subscribe to News24
Next on News24
SAPS give final salute to K9 hero who drowned during the EL floods last week