Check in on urban renewal progress 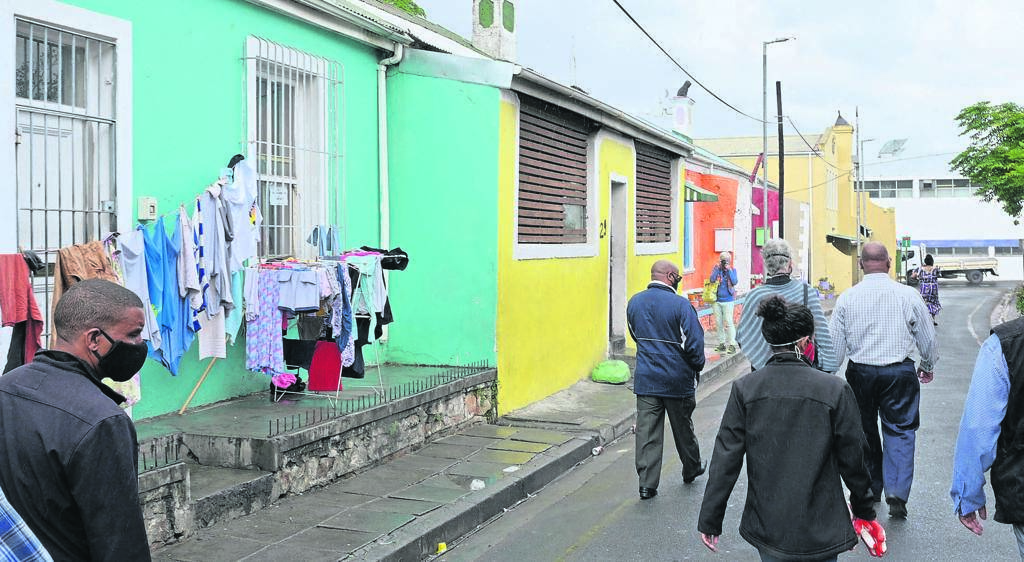 Mayor Dan Plato, joined by City of Cape Town Mayco members, city officials and those involved in the renewal of Wynberg, on a walkabout of the Wynberg CBD area on Tuesday 9 March.

Wynberg residents must have felt a sense of déjà vu when they spotted Mayor Dan Plato hitting the pavement on Tuesday 9 March. Less than two weeks ago, the mayor joined The Wynberg East Neighbourhood Watch (WENW) on patrol of these same streets but this time around he was leading a walkabout as part of the Mayor’s Urban Renewal (MURP) and Visible Service Acceleration (MVSA) programme.

Wynberg is one of the 23 precincts in the City of Cape Town undergoing renewal from a R200 million allocation for various projects that are under way. The MVSA project aims to fast-track efforts to improve the quality, safety and the environment of communities in the identified precincts.

Plato declared the area as part of MURP shortly after he conducted a walkabout – arranged by councillor for ward 62 Liz Brunette – through Wynberg CBD on Thursday 23 May 2019. The MURP was established on Wednesday 7 August 2019 (“Urban renewal nearing”, People’s Post, 29 October 2019).

Although a lot has been achieved since then (“Progress in urban renewal”, People’s Post, 16 February), this was the first time since Plato’s inspection of the CBD almost three years ago that he witnessed the programme’s results first-hand.

“Today I am pleased to actively participate in the renewal programme in Wynberg. As a City, we view the renewal of areas and communities as important vehicles to deliver proactive service delivery and maintaining spaces for public enjoyment,” Plato said.

Brunette explains that the MURP area coordinating team meets once a month.

“On-site inspections add enormous value to the discussions by all participants,” she says.

Asked how the impression of Wynberg CBD on Tuesday compared with that of three years ago, Brunette says the overall impression is a much cleaner Wynberg, especially the CBD and public transport interchange (PTI). Gutters and sidewalks are much cleaner, she says, “thanks to the MURP and Wynberg Improvement District (WID) cleansing team, who supplement the service provided by the City’s solid waste cleansing 24-hours a day”.

Brunette adds the solid waste collections and solid waste cleansing trucks can now travel through the streets in the PTI without being obstructed by taxis.

“This is as a result of the newly appointed business precinct manager (BPM), Mr Dwynn Fruen, and his discussions with the taxi associations. Mr Fruen has a hands-on approach to the problems and he interacts well with City officials, taxi associations, Prasa and the police.”

Two MVSA projects completed in Wynberg include the road resurfacing project and the R350 000 road line and signage refresh. Streetlights have also been replaced with LED lights. Ongoing initiatives are the R1.3 million public safety officer and the solid waste project.

“For the first time since I was elected as the ward councillor, additional law enforcement officers and public safety officers patrol the streets, especially at the PTI, around Wynberg station and at the Wetton Road bridge,” she says.

A project set to commence this month is the upgrading of the Brodie Road parking area.

“Trading bays have been re-painted by the WID and the Informal Trading Unit,” Brunette adds.

The refuse bins from Grand Central are another concern. “The bins are put outside the property before collection time, which attracts hungry and homeless people.”

Ebor Road also remains a challenge. “Ebor Road from and parallel to the Main Road is occupied by homeless people camping on sidewalks in front of the businesses, which discourages potential customers.

“The property owners of problem buildings and buildings with problems in Ebor Road are occupied by tenants who do not add value to the area and impact on the businesses,” Brunette concludes.

R209k for two Daily Lotto jackpot winners!
Full list of lottery results
Lockdown For
DAYS
HRS
MINS
Voting Booth
As a child or as an adult, have you ever been a victim of bullying?
Please select an option Oops! Something went wrong, please try again later.
Yes, at school
55% - 3562 votes
Yes, at work
17% - 1121 votes
No, I've never experienced this
27% - 1766 votes
Previous Results
Podcasts
PODCAST | MISSING MATTHEW EPISODE 3: Decades of false starts add to a family's despair