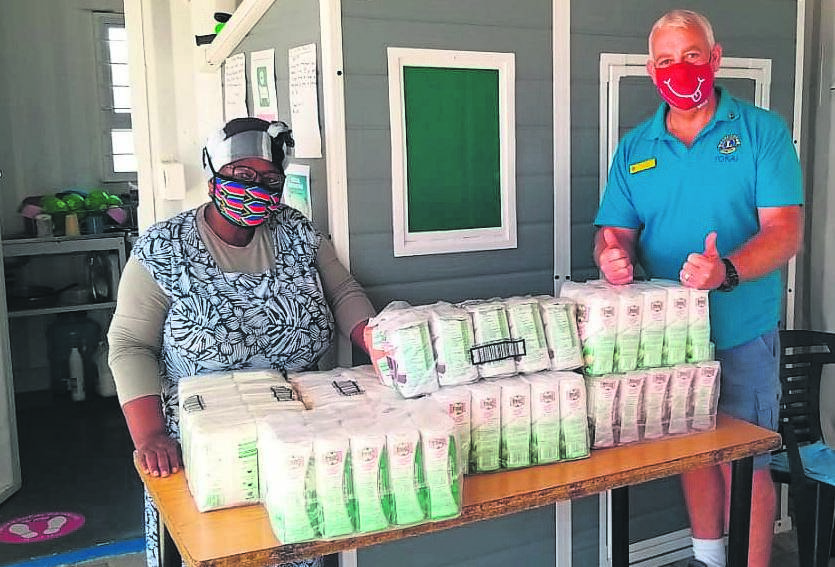 With the early childhood development (ECD) centres feeling the effects of the Covid-19 pandemic, the subsequent lockdown and the tightening of finances from parents, the Lions Club of Tokai set out on a mission to assist.

“The Lions Club of Tokai started 2021 with a desire to create something new to run alongside the food parcels and soup kitchens currently on the go. We started talking to contacts in the community to find out what was missing,” explains Jules Flanagan, marketing manager at the club.

She says the most consistent feedback they received was regarding the dire situation most ECD centres were finding themselves in.

“They were struggling due to dwindling numbers of children attending, parents had lost their jobs and couldn’t afford to send their children, or parents were working but just struggling to pay, or other family members were taking over the care of the children to reduce costs. This has an impact on the running of the centres and funds were tight,” she continues.

But as expressed by Learning in Reach founder Leanne Reid (“The plight of children on the flats”, People’s Post, 2 February), ECD centres are critical for children’s development, especially on the Cape Flats where these centres provide food, solace and development.

“Many of the ECD centres we spoke to had stopped providing breakfast for the children as they could no longer afford to with less money coming into the centre.

“They were reverting to a lunchtime meal only, and some even had to ask parents to send the children with their own lunch as they couldn’t afford to give any meals to the children,” says Flanagan.

Tokai Lions realised this was a way they could really help make a difference and so the Food for Thought project was created.

With this in mind, the club began funding four ECD centres at the end of January, catering for 150 children in Westlake and Vrygrond who would get porridge every morning, five days a week, for six months.

The project and feedback were so positive that the club increased their work to include a further 150 children and another four ECD centres in Steenberg and Retreat, also for five days a week for six months.

“Feedback from the ECD centres has been incredible,” Shanel Matambo, one of the teachers at Sunbeam Educare in Westlake, says.

“They had already finished by the time I could take the photo. Loving it. Sleeping better at nap time and not so hectic during the morning.”

With their goal to continue this for the rest of the year – that is 75 000 bowls of porridge provided to young learners – Tokai Lions has embarked on a fundraising campaign.

Tokai Lions president Charles Flanagan says: “We are so excited about this new project and love the results we are hearing from the ECD centres. We are confident of raising enough further funds to continue this for the whole of 2021 and would be so happy to be able to do that.”

Every day ke payday for Daily Lotto players
Full list of lottery results
Lockdown For
DAYS
HRS
MINS
Voting Booth
As a child or as an adult, have you ever been a victim of bullying?
Please select an option Oops! Something went wrong, please try again later.
Yes, at school
55% - 4604 votes
Yes, at work
18% - 1502 votes
No, I've never experienced this
27% - 2313 votes
Previous Results
Podcasts
PODCAST | MISSING MATTHEW EPISODE 3: Decades of false starts add to a family's despair