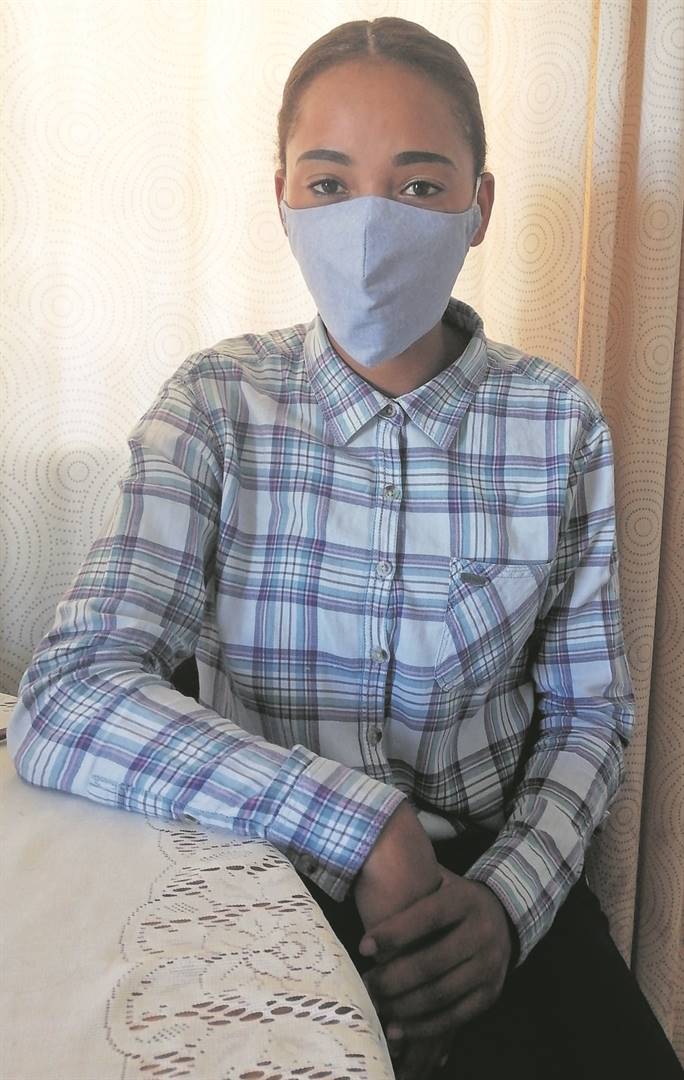 Nicole Malgas says she is still traumatised by the incident. PHOTO: KAYLYNNE BANTOM

A 21-year-old Factreton woman says she is grateful to be alive and safe after she narrowly escaped what she describes as an attempted kidnapping.

But Nicole Malgas admits she is disappointed in local police who did not take her statement when she went to report the case.

Malgas says she still has nightmares of the incident which took place on Wednesday 21 October in broad daylight on the corners of Bunney Street and Avro Avenue, Kensington.

“I was walking with my phone in my hand, I just texted my friend when suddenly a man came up from behind me. He was holding me from behind, then a scuffle broke out us between us. I was shouting for people to assist but no one was around.”

She explains that a white Polo with three male occupants arrived and the man she was scuffling with tried to pull her towards the car. “One of the occupants in the car opened the door telling the man whom I was fighting with to come, that’s when I knew they were together.”

Malgas says two women in a vehicle saw the commotion and came to her rescue.

“That’s when the guy grabbed my phone and disappeared in the vehicle. I thank God those women arrived when they did, or else who knows what those men would’ve done,” explains an emotional Malgas.

She says she’s convinced that it wasn’t just a robbery. “I had a bag with my laptop and other valuable things with me that he could’ve taken, but he pulled me toward the car instead. I’m just glad God gave me the strength to fight him.”

Ghyreya Slarmie, one of the women who came to her rescue, says: “Myself and two of my colleagues were in the car driving in Bunney Street when we saw a man attacking the young woman. He had his arms around her. My colleague hooted, to get him to stop, we shouted at him. That’s when he saw us and then grabbed her phone.”

Slarmie confirms that the suspect got away in a white Polo.

Malgas, who is a second year business management student at Pearson Institute of Higher Education in Claremont, says police did nothing to assist her when she went to lay a complaint.

“I went to the station still in a frantic state. I was assisted by a man in civilian clothing at the station. I don’t even know if he was a police officer. I explained to him what happened, all he said was that I need to get some number from Cell C so that I can have my phone blocked and so that he can open a case.”

She says she doesn’t believe the officer took her seriously.

The spaza shop owner of Muhammad and Sons, who wants to remain anonymous, says CCTV footage from his store shows how a man runs towards a white Polo that then speeds off.

Patrick Malgas, the victim’s father, says he is angered that his daughter was treated this way at the police station.

“They didn’t ask her what happened. They were more concerned about her phone that is missing. Is the cell phone more important than my daughter? If police took her seriously they can prevent this from happening to another person.”

WO David Stemmet, operational support head at Kensington police station, says: “There is no incident reported where a Polo was involved.”

Stemmet did not respond to questions as to why the officer did not assist the victim. He says: “Should this victim want to lay a formal complaint regarding the officer’s behaviour, please refer her/him to Capt Ruiters (vispol head).”

According to Stemmet all members (men and women) are trained to deal with emotional victims. He adds that the station has a victim support room which is fully operational 24/7.

Erika Isaacs, community policing forum chair, advised residents to be vigilant and aware of their surroundings. She says people should rather walk in groups.

Isaacs also made an appeal to residents to join the area’s local neighbourhood watches.