Golden Arrow buses on fire at the Blackheath depot in Cape Town.
PHOTO: Supplied by City of Cape Town

The City of Cape Town said a radio controller reported that two stationary buses near a boundary wall were up in flames at 04:50, just ahead of the day's commute. 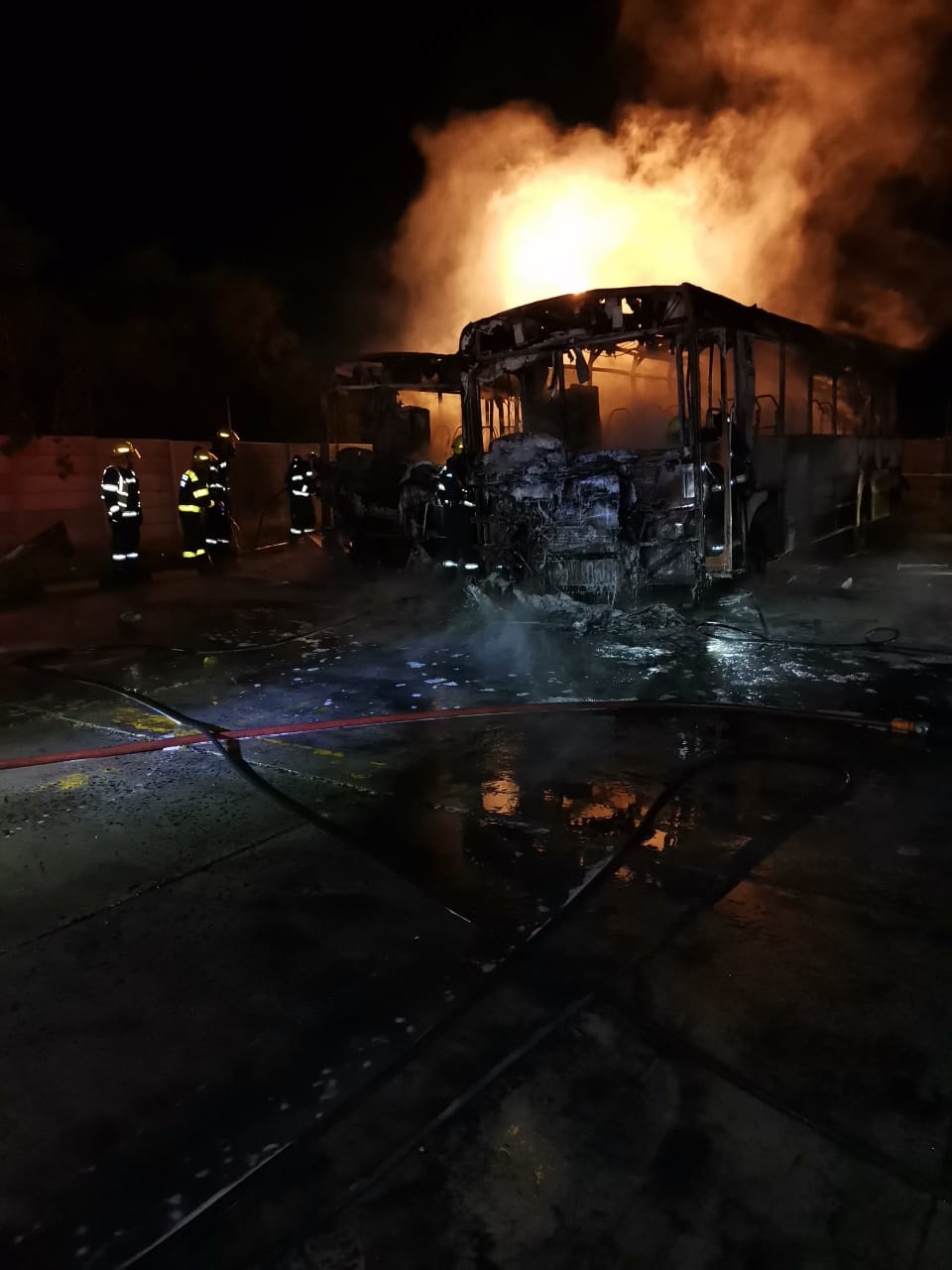 Golden Arrow buses were torched at the Blackheath depot in Cape Town.
Supplied PHOTO: Supplied by City of Cape Town

"The officers investigated and found no signs of protesters or suspicious activity in and around the facility," the City said.

GABS spokesperson Bronwen Dyke-Beyer said nobody was injured during the attack and preliminary investigations did not indicate arson, but a forensic investigator would do an in-depth report on how the fire started on one bus and spread to another.

"We would like to ask the media and members of the public to please refrain from spreading fake news from unverified sources, which causes panic and can lead to actual incidents of vandalism as seen in other provinces. Golden Arrow is operating a full service, but is working closely with the authorities."

She said now more than ever they needed to get people to work and to vaccine appointments.

"We are currently the only stable operator in the Cape Metropole and it is essential that we are able to continue operating."

Public transport is under the whip in Cape Town, with limited taxi services in some areas after a spate of fatal shootings over a route dispute.