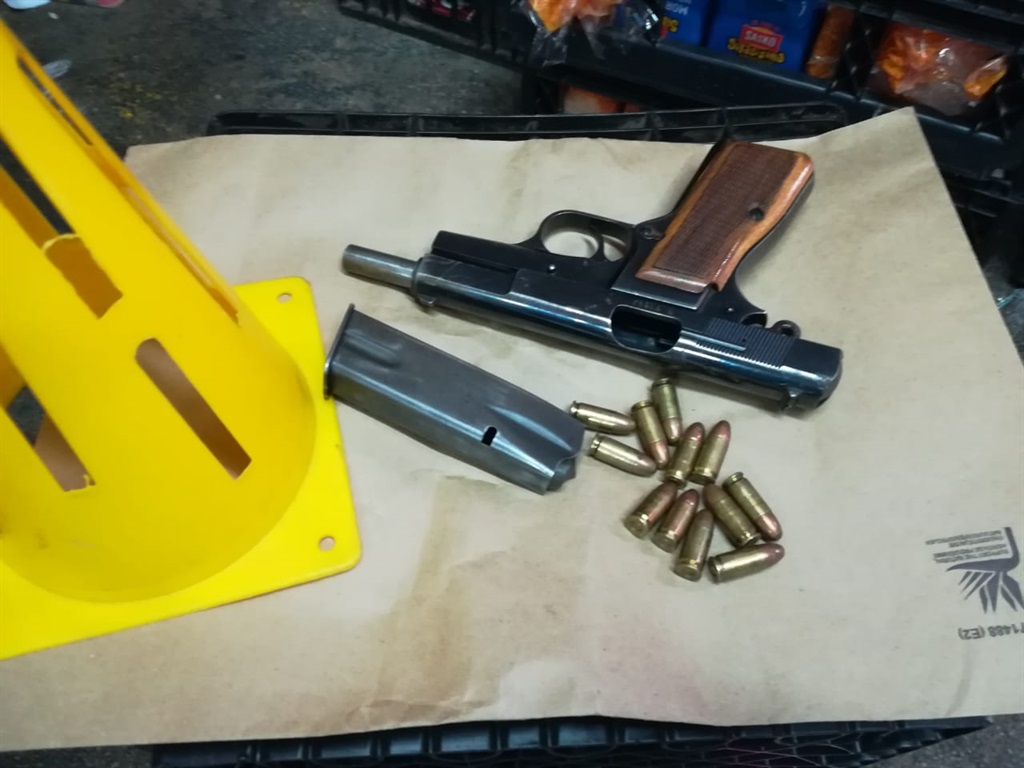 A stolen gun and ammunition were found at a spaza shop in the Eastern Cape.
PHOTO: Supplied by SAPS

Two men, aged 32 and 45, were caught by surprise when Anti-Gang Unit (AGU) members searched their shop in Bethelsdorp in the Eastern Cape on Sunday afternoon.

"The members proceeded to the shop and, upon conducting a search, a 9mm pistol was recovered under the counter, sandwiched between the bread," Naidu said.

The two men were arrested on a charge of illegal possession of a firearm and ammunition. The firearm was reported stolen in Kabega Park in October 2015.

They will appear in the Port Elizabeth Magistrate's Court on Monday.

Here are your Lotto and Lotto Plus results
Full list of lottery results
Lockdown For
DAYS
HRS
MINS
Voting Booth
When a Covid-19 vaccine for under 16's becomes available, will you be taking your children to get it?
Please select an option Oops! Something went wrong, please try again later.
Yes, immediately!
38% - 4083 votes
I'll wait to see how others respond
26% - 2777 votes
No, I don't think they need it
36% - 3920 votes
Previous Results
Podcasts
PODCAST | MISSING MATTHEW EPISODE 3: Decades of false starts add to a family's despair