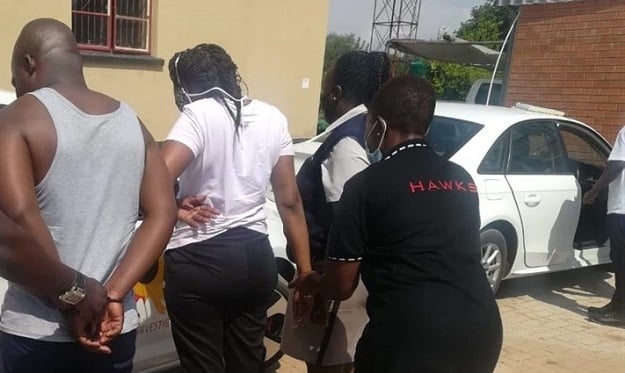 Three Home Affairs officials, aged between 30 and 42, were nabbed for corruption in a sting operation in Jane Furse.
Supplied

Three Limpopo officials employed by the Department of Home Affairs were arrested by the Hawks on Tuesday for corruption after allegedly demanding a bribe instead of arresting a man found to be in the country without the necessary paperwork.

The three, aged between 30 and 42, were nabbed in a sting operation in Jane Furse on Tuesday.

"Instead of arresting him, the officials allegedly demanded a R10 000 gratification for his freedom. The amount was reportedly reduced to R4 000 and it was paid by the victim to the suspects."

The incident was reported to the Hawks who nabbed the three suspects after they "swiftly conducted an investigation".

The trio will appear in the Motetema Magistrate's Court on Wednesday.

We live in a world where facts and fiction get blurred
In times of uncertainty you need journalism you can trust. For only R75 per month, you have access to a world of in-depth analyses, investigative journalism, top opinions and a range of features. Journalism strengthens democracy. Invest in the future today.
Subscribe to News24
Related Links
ANC MP Bongani Bongo, 10 others accused of 'dubious land deals' totalling almost R124m
Husband, 4 others remain behind bars for alleged hit on Polokwane businesswomen
Eastern Cape traffic cops and driving school owners arrested for alleged licence scam
Next on News24
LIVE | Covid-19: Booze sales are not being banned from 15 December as fake circular makes the rounds