ANC affirms support for Zondo: 'He will assert the judiciary's independence,' says Gungubele

The ANC and Minister in the Presidency Mondli Gungubele have come out in defence of President Cyril Ramaphosa's appointment of Raymond Zondo as the next Chief Justice.

They say, under the Zondo's leadership, the judiciary will further assert its independence.

In a media statement released by the ANC on Friday, the party welcomed Zondo's appointment to the position of Chief Justice of the Republic of South Africa, saying:

We are confident that under the leadership of Justice Zondo, the judiciary will continue to assert its independence and give a progressive interpretation of the provisions of the Constitution championing the rights of all South Africans and ensuring equal access to justice.

Gungubele, while addressing the media in North West on Friday, said: "We have got confidence in Judge Zondo, there are no scandals around his name.

"He has done his job with excellence as far as I am concerned. He was a judge in the Labour Court and delivered respected judgments. He is respected in the entire judiciary community," said Gungubele.

Both the ANC and Gungubele said that, in terms of Section 174(3) of the Constitution, it was the president's prerogative to appoint the Chief Justice - but, in the interests of "deepening the country's constitutional democracy", Ramaphosa sought a more inclusive and consultative process.

"We commend the president for the open, inclusive and transparent process that he followed in making nominations for the position of Chief Justice to the Judicial Service Commission (JSC). Allowing the public to nominate and comment on the nominees has contributed to giving meaning and content to the induction that 'the people shall govern'," read the statement by ANC national spokesperson Pule Mabe.

Gungubele concurred, saying: "The man [Ramaphosa] upon whom the power is invested has taken the decision to appoint Zondo.

"It's unfortunate that, in SA, we have got some parties which are, in my view, very sickly. The most disappointing of this is when parties, that have got an opportunity to be a part of the process, express their views, The president exercises his authority, they then go and insult the president in the street," said Gungubele.

He said the president "has also indicated an intention to nominate a woman in Justice Mandisa Maya to be a Deputy Chief Justice".

The ANC also welcomed "the indication by President Cyril Ramaphosa that he intends to nominate Justice Mandisa Maya for the position of Deputy Chief Justice once a vacancy arises in the position". 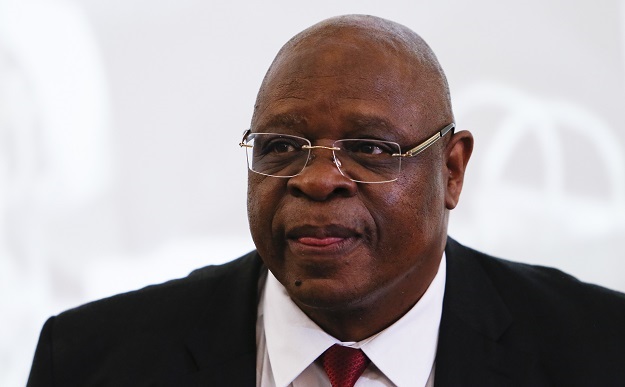 Ramaphosa had come under fire from some, including the EFF, for not appointing Maya, despite the JSC recommending her.

The ANC reiterated its conviction "that the judiciary and institutions charged with promoting and protecting democracy should be strengthened and continually transformed more effectively to discharge their constitutional duties" - and that Zondo was the right choice to ensure this.

Meanwhile, the General Council of the Bar of South Africa (GCB) congratulated Raymond Zondo on his appointment.

"The GCB assures Chief Justice Zondo of its ongoing support for the administration of justice, the independence of the judiciary, respect for the judicial process and for the rule of law," the GCB said in a statement.