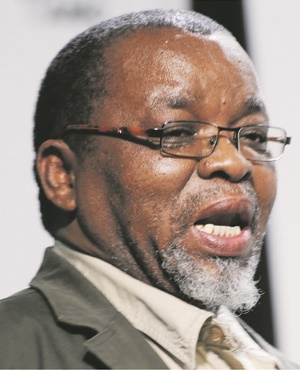 Johannesburg – African National Congress regions and provinces will be cut out of the nomination process in an attempt to tighten the party's electoral process ahead of a fierce leadership battle at its December conference.

The party announced on Monday that branch nominations for leadership positions will be submitted directly to a national electoral commission that will be made up of veterans and members of the national executive committee (NEC).

Regions and provinces will only be allowed to observe the nomination process.

Branches will make their nominations and the results of that process will be sealed in an envelope and sent directly to the national electoral commission for consolidation.

Party secretary general Gwede Mantashe said this was to stop regional and national structures from tampering with branch nominations resulting in slate nominations.

"In fighting slates we needed to do something that will ensure that branches are given the right to nominate.

READ: The ANC's war against integrity and honest politics

"When you nominate in the branches, we seal those envelopes, take them to a central point nationally sealed as they are and they will be opened at that point so that you don't have consolidation of nomination at regional and provincial level, which basically tampers with the nominations of the branches," Mantashe said.

He was speaking at a media conference following an NEC meeting last week that proposed a timetable toward the elective conference scheduled for December 16-20 in Gauteng.

The ANC has faced calls for a more transparent electoral process as past elective conferences were plagued by claims of factionalism, vote-buying and limited access to results.

"The reason we took that decision is if we don't do that, we are going to have a nomination driven by slates, and if we are fighting slates we must take action," Mantashe said.

At its 2015 national general council, the party decried gatekeeping at branch level that saw dissenting members excluded from meetings.

READ: ANC is not corrupt - Mbete

Mantashe said all members who can prove their membership will be allowed to participate in branch meetings.

"Anybody who is a member in good standing by the 30th of April will be allowed to participate in the life of the organisation in branch general meetings," Mantashe said.

Membership audits are set to be done during May and June and members excluded can file their objections in July and August.

The ANC is heading for what is expected to be a tight race with lists led by several party leaders doing the rounds.

But the official nomination process is expected to start after the June policy conference.

"Anything that you see now, belongs to what we call speculation... All those are just dreams, until branches of the ANC nominate," Mantashe said.

We live in a world where facts and fiction get blurred
In times of uncertainty you need journalism you can trust. For only R75 per month, you have access to a world of in-depth analyses, investigative journalism, top opinions and a range of features. Journalism strengthens democracy. Invest in the future today.
Subscribe to News24
Related Links
Claims about 'black ops' campaign serious - Mantashe
ANC is not corrupt - Mbete
Ramaphosa on the campaign trail in George
Next on News24
LIVE | Covid-19 in SA: 210 new infections as death toll rises by 7