The family of murdered Hout Bay boy Sibusiso Dakuse will have to endure another Christmas without answers to what happened to the budding young singer.

Theirs will not be a festive season with Sibusiso singing Christmas carols in the voice that showed so much promise that his primary school teacher insisted he start lessons at the Kronendal Music Academy in Hout Bay.

The trial of the man accused of his murder, Hout Bay basketball coach Marvin Minnaar, wrapped up for the year on Thursday, but the family has come no closer to finding out what happened to their little boy.

Minnaar pleaded not guilty to kidnapping, raping and murdering 12-year-old Sibusiso, and is currently on trial in the Western Cape High Court.

The trial has been harrowing for his family, who have ensured somebody is in court every day to honour Sibusiso's memory.

His father, a taxi driver, sat looking exhausted at times, given the extremely early start to his day to ferry commuters around Cape Town and the late nights taking them back home again.

They have had to listen to unbearable testimony on the findings of the post-mortem conducted on his body after police officers finally found him lying face down in a bed of reeds.

He is thought to have been raped and then strangled.

Sibusiso disappeared on 26 February 2020, and Minnaar is believed to have been the last person to have seen him alive.

He invoked his right to silence, but his fellow basketball coaches Bryn Mbulawa and Ronald Nengomasha testified that Minnaar told them he had walked with Sibusiso to Clicks on the day he went missing.

They said he had asked Sibusiso to go with him to fetch medicine for his father.

Without Minnaar's testimony or any explanation of his plea, it is up to the State to figure out why he asked Sibusiso to go with him and how he knew the boy.

Minnaar told his fellow coaches that he parted company with the boy at the Hout Bay police station, a well-known landmark right next to Imizamo Yethu, where the coaches and Sibusiso lived.

Beyond that, the coaches said they did not know any more about Sibusiso other than that he was not a player for the Hout Bay Snipers basketball team.

The team was thrust into the limelight when Sibusiso went missing, and Minnaar was later arrested.

During his testimony, Mbulawa recalled the years of planning and the determination to get the club off the ground after noticing how many spectators he and his friends were drawing when they played casually in the car park of the Hout Bay Sports Club.

They went from fun after-work exercise among friends to a fully-fledged club with a proper court, with Minnaar considered one of the most valuable members of the club. He put in a lot of time, volunteering, helping with kit and refreshments, and was eventually given a shot at coaching.

He coached the under-12 and under-14 squads, and the teams grew to join the regular fixtures of the Cape Town basketball circuit.

However, Sibusiso was not one of the players nor a spectator. He was a regular at the Kronendal Music Academy - hence the mystery of how he came to be walking with a basketball coach. 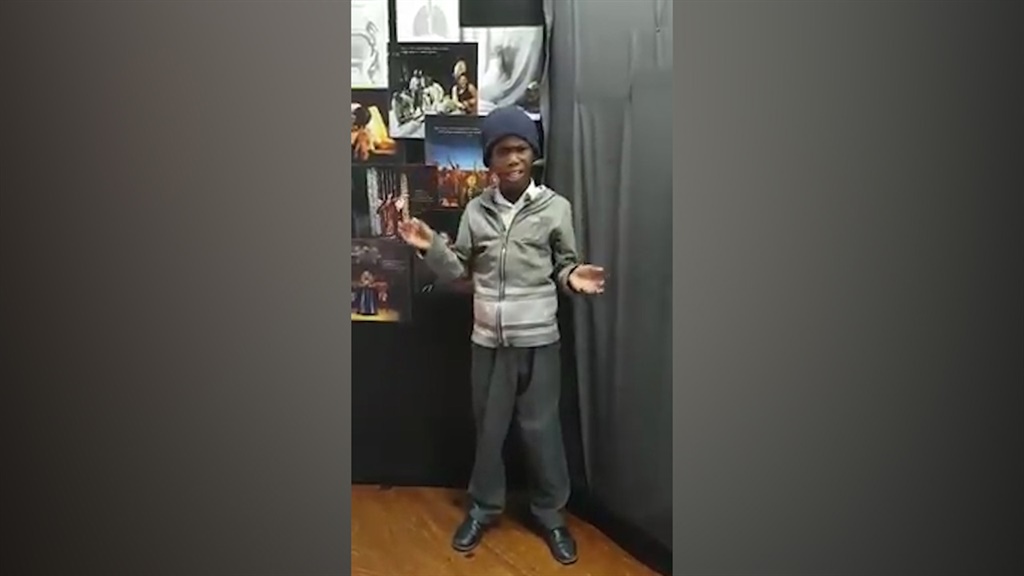 Sibusiso Dakuse reciting a poem at the Kronendal Music Academy before he was murdered in Hout Bay.
Supplied PHOTO: Dwyn Griesel

On Thursday, Nengomasha reiterated how Sibusiso's family managed to retain their composure when they asked Minnaar if it was true that he walked with Sibusiso to Clicks on the day he went missing.

He said that although he could tell that the family was anxious and possibly even suppressing anger over the boy's disappearance, they managed to keep calm and polite as they asked Minnaar to go and tell the police what he knew.

This would be their first proper clue.

"When you come making a noise, it doesn't solve anything," said Nengomasha.

Minnaar is also understood to have been captured on CCTV near the reeds where Sibusiso was found. This week, the prosecutor Nadia Ajam, asked the court to seal new footage that had been given to the State and alluded to the possibility of another adult being captured with a different child but did not elaborate further.

The court this week heard poignant testimony on the repeated calls for Sibusiso over a megaphone in Imizamo Yethu in the hopes that he would be found alive.

On 28 February 2020, all available uniformed police officers fanned out on foot patrol to look for the little boy, walking through bushes and reeds until two officers saw what everyone was dreading: the sight of his small body cradled in a bed of reeds on Kronendal Farm off Manchester Road, with his clothing, toilet paper, and small underpants with the word "Happy" on the waistband, scattered around.

The court is winding down for recess, and the presiding officer, Judge Constance Nziweni, will resume with the trial on 20 February.

Nziweni will also be presiding over the trial of the three men accused of murdering Cape Town lawyer Pete Mihalik when it resumes in January, so an earlier date was not possible.