Artist claims he is the rightful designer of SA's flag, takes Nathi Mthethwa to court An Eastern Cape artist is claiming to be the rightful designer of South Africa's flag.
Getty Inages

An Eastern Cape artist who claims to be the rightful designer of South Africa's flag has dragged Sport, Arts and Culture Minister Nathi Mthethwa to the Gauteng High Court in Pretoria to compel him to provide details of how the flag was created.

Thembani Hastings Mqhayi, 56, has for years claimed the man credited for the design of the flag, Frederick Brownell, stole his designs and submitted them as his own.

Brownell died in May 2019, aged 79, and was hailed as a hero after having served at the National Archives of South Africa as the State Herald between 1982 and 2002.

Mqhayi is a senior government employee at the Eastern Cape Department of Arts and Culture in Makhanda as a manager of cultural affairs.

In court papers, Mqhayi claimed that the flag was one of five different original designs he submitted in early 1994 to the office of the Department of Sport, Arts and Culture.

He said this was after he heeded a call from then-president Nelson Mandela, who publicly called on artists and citizens to submit their designs for the future flag of the new democratic South Africa.

In an affidavit, Mqhayi said:

I did not keep a copy of any of the designs that I sent to the office of the first respondent.

"I submitted five different original designs, and one of my designs was later adopted and used to create the flag, as we know it," read Mqhayi's affidavit.

In the affidavit, which was filed as part of his court application, he said:

Unfortunately, I also never received any credit for my work, and to date, the design of the flag has been credited to the then-State Herald, the late Frederick Brownell, who was also part of the panel that chose and was said to have recommended the chosen design of the new national flag to the president.

The minister of sport, arts and culture is the first respondent while the State Herald is listed as the second respondent in the court application.

In his affidavit, Mqhayi said he submitted the five designs through the main branch of the Post Office in East London.

In a statement, Mqhayi's spokesperson, Bandile Magibili, said the court action came after Mthethwa, the State Herald and the State Attorney failed to disclose pertinent information surrounding the development of the flag. 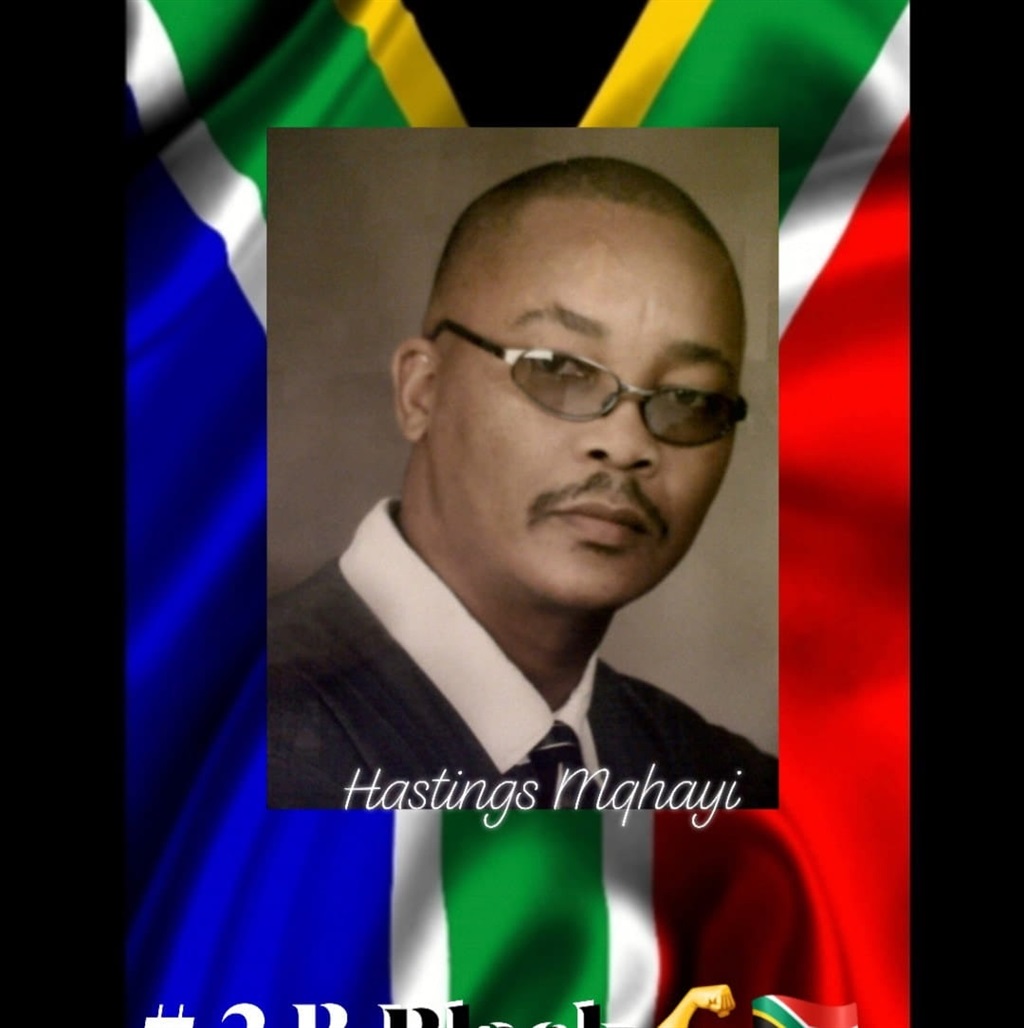 Magibili said Mqhayi's attorneys submitted a request for information through the Promotion of Access to Information Act (PAIA) in July 2021, but this was ignored.

Mqhayi wants the court to compel Mthethwa to disclose:

"Minister Nathi Mthethwa had 30 days within which to respond to Mr Mqhayi's PAIA request and/or file a request for an extension of the time frames.

Minister Mthethwa did not file any request for the extension of time, nor did he respond to the request, and in terms of section 27 of PAIA, same is deemed as a refusal by the office of the first respondent to respond to the PAIA request, and hence the reason for this application," Magibili said.

Mthethwa's office could not immediately comment to News24's questions. Their response will be added once received.

Read more on:
department of arts and culturenathi mthe­thwaeastern cape