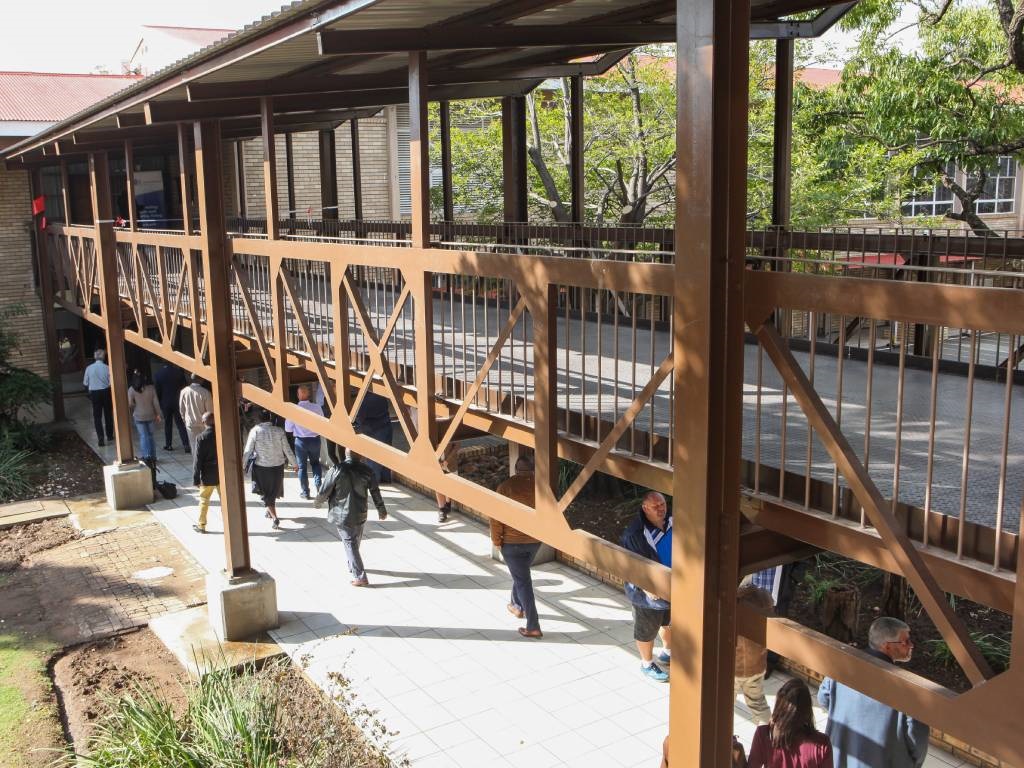 Seven months after a hate speech court order, the families of the children who died when a bridge collapsed at a Gauteng high school finally have complete apologies from Black First Land First (BLF) leaders.

In March, the Equality Court ordered BLF national spokesperson Lindsay Maasdorp and former deputy secretary Zwelakhe Dubasi to pay the families of three of the children who died at Hoërskool Driehoek R50 000 each.

It is unclear if they have paid the families.

The children - Roydon Olckers, Marli Currie and Marnus Nagel - died after a walkway bridge collapsed at Hoërskool Driehoek in Vanderbijlpark in 2019. At least 20 others were injured. Another pupil, Jandré Steyn, also died but the family was not part of the court action.

The Equality Court ruled that Maasdorp and Dubasi's comments were hate speech and ordered them to apologise to the families within 30 days, through the South African Human Rights Commission (SAHRC). They were also ordered to delete their posts.

Dubasi was the only one who stuck to the court deadline. He sent his apology to the SAHRC on 28 April.

In it, Dubasi said: "Upon reflecting on my conduct, I fully take responsibility for the comments made as hate speech and would like to apologise unconditionally to the South African Human Rights Commission."

He said his apology was meant to "restore peace and promote social harmony in the broader society".

"I am acknowledging the harm done and apologise unconditionally as a right and critical step in making proper amends for the wounds I inflicted on the families of the deceased children, human rights commission and broader society."

Maasdorp, on the other hand, only apologised this week.

I, Lindsay Maasdorp, want to apologise to all South Africans, acknowledging that my comments were hate speech and that they were wrong to publish and post.

He said he would also desist from publishing such comments in future.

After the Hoërskool Driehoek bridge collapse, Maasdorp, on his Twitter account @BLF_Lindsay, responded to another user, who said the children's deaths were not a sad issue.

"Siyanda Gumede is correct! God is responding, why should we frown on the ancestors petition to punish the land thieves including their offspring? (sic)," Maasdorp posted.

"I celebrate the death of our enemies, their children, their cats and dogs. That is our position," Maasdorp also said in a newspaper interview.