Boeremag family can use laptops to study while behind bars, High Court rules Three sentenced prisoners have been granted permission to use of their personal computers in their cells, without the use of a modem, for as long as they remain registered students with a recognised tertiary institution in South Africa.

This, after Justice and Correctional Services Minister Ronald Lamola, and the correctional services department failed to convince a full Bench of the Gauteng High Court in Johannesburg to overturn a 2018 ruling by the same court that granted three former Boeremag members - Dr Lets Pretorius and his sons, doctors Johan and Wilhelm Pretorius - permission to keep their laptops in their cells for study purposes.

The court also ruled that the men's computers should be made available for inspection at any given time by any representative of the department.

The three are in prison for an early 2000 plot to violently overthrow the government. Claudia Mokone was killed when a piece of steel landed in her shack during a Boeremag bomb attack. Since the application was brought, Lets Pretorius was released on parole in 2020 with one of his sons Kobus - who was said to be a bomb manufacturer. "The education policy of the department infringes on those rights without justification, which means they unfairly discriminate against the respondents as envisaged by the Promotion of Equality and Prevention of Unfair Discrimination Act.

"These infringements do not serve a purpose that is considered legitimate by all reasonable citizens in a constitutional democracy that values human dignity, equality and freedom above all other considerations."

They (the infringements) impose costs, especially for the respondents, that are disproportionate to the benefits that it obtains. The court a quo was therefore correct in its finding that the said policy constitutes unfair discrimination and that the relevant provision should be reviewed and set aside.

The department argued that if the three were granted permission to use their laptops, along with modems, to access their study material, it would pose a security threat to the prison facility.

At the time of the application, Pretorius and his sons were postgraduate students while they were held at the Zonderwater Correctional Centre in Cullinan. 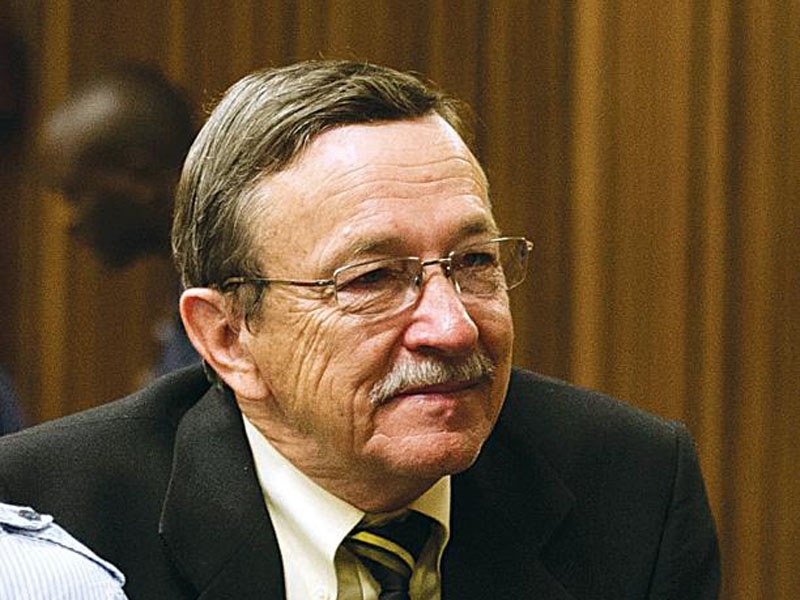 They were allowed access to their personal computers and laptops only from 07:00 until 14:00 on weekdays, and only in the communal computer room during "open time".

"Additionally, their 'open time' would regularly by reduced by them having to attend to ablutions, have breakfast, and receive visitors.

"The respondents were not permitted access to, or allowed to, utilise their computers or printers whilst locked up in their cells, which adversely affected their scholastic performances as post-graduate students, who needed access to their study material, so the respondents argued, for longer periods."

The three inmates said that when they could not access their computers, they had to write assignments and thesis by hand and later type them out which meant that they fell behind on their assignments.

"All of this hampered and impeded, unnecessarily so, their studying and their studies, which resulted in delays in the completion of their courses of study," the court said.

Editor's note: A previous version of this story said that the Constitutional Court ruled on the matter. This was incorrect. The error was rectified to correctly attribute the judgment to the Gauteng High Court. News24 apologises for the error.