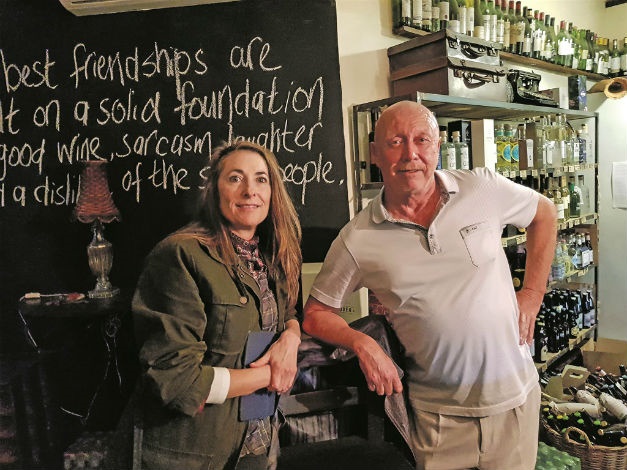 The co-writer of The Lost Boys of Bird Island, Chris Steyn, has taken a polygraph tests following concerns regarding the factual accuracy of the book.

News24 previously reported that the book detailed how three former National Party ministers, including one who is still alive, were allegedly central figures in a paedophilia ring that operated during apartheid.

Investigations into the authenticity of the claims were reportedly conducted by private investigator, Wouter de Swardt, on behalf of the Human Rights Commission; Jacques Pauw, an investigative journalist at Vrye Weekblad and best-selling author; and Derek Watts of M-Net's Carte Blanche.

In an email to publisher Maryna Lamprecht of Tafelberg, a subsiduary of NB Publishers, sent two weeks before his suicide and four days before the book's publication, Minnie wrote: "We have no concrete evidence that any of the three ministers sexually assaulted any of the victims [mentioned in the book]," Vrye Weekblad reported.

Steyn, however, is sticking to her guns.

"I have taken a 'lie detector' test following claims that I fabricated allegations in The Lost Boys of Bird Island.

"My polygraph examination was conducted by Raymond Nelson, past president of the American Polygraph Association (APA) - currently serving as an elected member of the APA Board of Directors," Steyn said in a statement sent to members of the media.

"Mr Nelson has published more than 150 scientific studies and instructional articles on all aspects of the polygraph test, and has given training at schools and conferences internationally.

"Mr Nelson has testified as an expert witness on polygraph and psychotherapy matters in a number of court cases, as well as arbitration hearings, military courts, and administrative law courts.

"Mr Nelson is the recipient of several awards, including the Cleve Backster Award and Leonard Keeler Award from the American Polygraph Association, and the prestigious Max Wastl Award President's Award for Distinguished Service from the American Association of Police Polygraphists," Steyn said.

Steyn said Nelson, who was on a lecture tour in South Africa, administered the polygraph examination in April in the office of Ben Lombaard of LieTech Polygraph and Forensic Services in Cape Town.

According to Steyn, the results of the polygraph test were as follows:

Question: In your book Lost Boys of Bird Island, did you fabricate any of your reported information sources?

Answer: No. (No significant reactions indicative of deception)

Q: Did you falsify any of the allegations you wrote about those persons in your book Lost Boys of Bird Island?

Q: Regarding your book Lost Boys of Bird Island, did you falsify any of the reported allegations about those persons?

Q: In your book Lost Boys of Bird Island, did you include any of those allegations without an actual human source?

"It is the expert opinion of Mr Nelson that I was truthful when answering 'no' to the above questions about whether I falsified any of the allegations or information sources in the book," Steyn concludes.

Tafelberg Publishers said in a statement: "NB Publishers maintains that the information contained in the book is credible and in the public interest. Many key aspects of the investigation have been confirmed by members of the media who had independently investigated the allegations following the book's publication."

UPDATE | Media24 has apologised for the publication of defamatory statements regarding Mr Barend Du Plessis in the books "The Lost Boys of Bird Island" and "Die Seuns Van Bird Island" and for the emotional harm that the publication of the books may have caused the Malan and Wiley families. Follow this link to the relevant apologies.
We live in a world where facts and fiction get blurred
In times of uncertainty you need journalism you can trust. For only R75 per month, you have access to a world of in-depth analyses, investigative journalism, top opinions and a range of features. Journalism strengthens democracy. Invest in the future today.
Subscribe to News24
Related Links
Report on alleged Bird Island paedophile ring leaked
Getting to the bottom of what happened on Bird Island
Jacques Pauw rages about 'deceitful' response from Bird Island co-author Chris Steyn
Next on News24
LIVE | Covid-19 in SA: Infections rise by 16 366