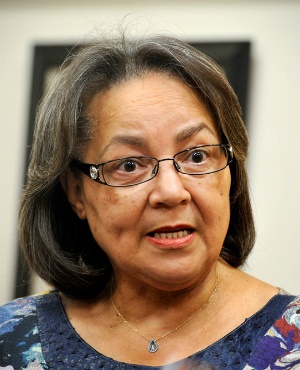 This comes following months of serious claims and counterclaims, involving allegations of intimidation, criminality and misconduct, being exchanged between some of the City of Cape Town’s most senior staff, including De Lille.

On Sunday the DA's federal executive met to discuss reasons she submitted detailing why she should not resign as mayor.

The infighting and decision by the federal executive comes as Cape Town officials grapple to deal with the worst drought experienced in more than a hundred years.

De Lille has recently come under fire, facing several allegations levelled at her by colleagues.

READ: 5 scandals that have recently rocked the City of Cape Town

Her response about why she should not resign was in relation to a report based on the findings of a subcommittee, headed by parliamentary whip John Steenhuisen and established by the DA's federal executive to look into tensions and political management in the City of Cape Town.

Allegations against De Lille, contained in a confidential report independent investigation, by Bowman Gilfillan Attorneys and which was commissioned by the City council, were also expected to be dealt with during the federal executive meeting on Sunday.

The fallout as a result of all the claims and counterclaims has resulted in disintegrated relationships within the City of Cape Town’s leadership.

The Bowman Gilfillan report, which the City is yet to make public, hinted at this.

A section of a report appears to refer to a 42-page affidavit by Craig Kesson, the executive director in De Lille's office.

Kesson's affidavit, which was made public in November, contained shocking allegations against De Lille, including that she planned to publicly discredit a senior city staffer, who questioned alleged tender irregularities, and asked that a report into a possible R43m loss regarding another tender be made to "go away".

A section of the Bowman Gilfillan report said: "Special attention will need to be given to the extent to which the allegations made by [Kesson] and the manner in which they have been prepared and presented by him have damaged relationships within the City administration."

The Bowman Gilfillan report found that De Lille may be guilty of gross misconduct.

This because, according to the report, City manager Achmat Ebrahim had said she advised that he need not report to the City council allegations of misconduct against the commissioner of the transport and urban Melissa Whitehead.

These allegations related to alleged irregularities involving payments to the companies Volvo and Scania for bus chassis.

The Bowman Gilfillan report said a forensic report presented prima facie evidence that "the Commissioner (Whitehead) was involved in irregular expenditure in relation to payments in the aggregate amount of R43 801 807.06 made to Volvo for 29 bus chassis."

Last Friday during a confidential council meeting an investigation into De Lille was ordered because of the allegations stemming from Ebrahim's claims.

Both Ebrahim and Whitehead were given until last Friday to submit reasons as to why they should not be suspended.

We live in a world where facts and fiction get blurred
In times of uncertainty you need journalism you can trust. For only R75 per month, you have access to a world of in-depth analyses, investigative journalism, top opinions and a range of features. Journalism strengthens democracy. Invest in the future today.
Subscribe to News24
Related Links
Top city executive threatens to sue embattled Cape Town Mayor De Lille
Is it the end of Patricia de Lille?
City of Cape Town saga - Will De Lille survive the weekend?
Next on News24
LIVE | UK confirms first 2 cases of Omicron variant

2 bag the Daily Lotto jackpot!
Full list of lottery results
Lockdown For
DAYS
HRS
MINS
Voting Booth
The EFF has voted with the DA to ensure they now govern Johannesburg, Tshwane and Ekurhuleni. Was this:
Please select an option Oops! Something went wrong, please try again later.
A brilliant strategic move by the DA not to make formal coalition agreements
24% - 1645 votes
A brilliant strategic move by the EFF to force the DA to negotiate with them
16% - 1092 votes
A recipe for disaster and five more years of unstable local government
59% - 3983 votes
Previous Results
Podcasts
PODCAST | The Story: New era in South African politics dawns - leaving ANC to lick its wounds