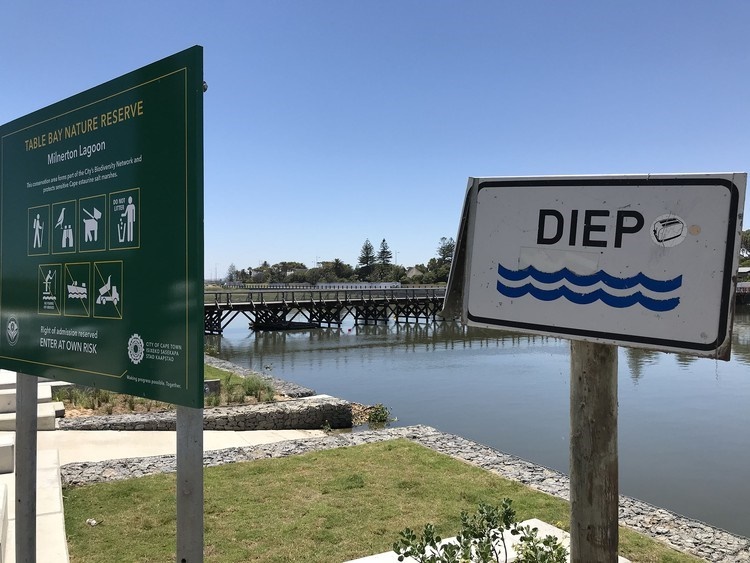 Civic groups and academics have raised the alarm over a proposed by-law which will restrict water quality testing at nature reserves run by the City of Cape Town.
Steve Kretzmann, GroundUp

A proposed by-law drafted by the City of Cape Town contains provisions preventing anyone - including civil society organisations and scientific researchers - from independently testing the water quality in City-run nature reserves without written authorisation, GroundUp reports.

One civic organisation believes this is counter to the constitutional right to a healthy environment and also impedes the right to access to information.

The Draft Nature Reserves By-law aims to control activities in 23 nature reserves across the city as well as control access, research and monitoring.

Concerns have been raised with a section dealing with research and monitoring as it places encumbrances on independent monitoring of water bodies and species populations in important ecological sites.

In February, a concerted civil action was taken to obtain regular water quality data on extreme pollution of the Milnerton lagoon which forms part of the Diep River estuary.

Section 21 of the draft by-law states no person may "carry out scientific or general research or undertake monitoring projects" without written authorisation from the City.

Anyone violating these conditions would be liable to a fine and failure to comply could result in the person's vehicle being impounded.

As it stands, the by-law could be used to prevent the independent monitoring of water quality to ensure the results are in line with those obtained by the City.

"It could be used to prevent civilian oversight of such populations and allow pillaging of natural resources as has occurred elsewhere," said the Milnerton Central Residents Association.

Even if permission for research was granted by the City, the requirements imposed were "cumbersome and unreasonable on independent interested environmental groups whose activities pose no risk", the association said.

It added the section was also "contrary to the principal of inclusion, transparency, and the City's policy of encouraging co-operation with residents".

Senior Professor Leslie Petrik of the University of the Western Cape chemistry department said it seemed the City's plan was "to let the fox guard the hen house".

Petrik as well as retired Stellenbosch epidemiologist Dr Jo Barnes and Associate Professor Lesley Green of the University of Cape Town have previously been accused by the City of making "a habit of detonating unsubstantiated bombshells in the media".

This followed a number of articles highlighting pollution on Cape Town's coastline and in the Kuils River which receives discharge from the Zandvliet sewerage works in Macassar.

Petrik said: "It has been a battle to get the City to own up to the huge contamination of our beaches, rivers and estuaries."

She added were it not for the Organisation Undoing Tax Abuse assisting in Milnerton, the pollution of the Diep River "would have been downplayed and swept under the carpet".

"Until recently, the City claimed the pollution in the Diep River was due to an algal overgrowth," Petrik said.

"Citizens have a constitutional right to a safe environment and access to information that will materially influence their choices, to avoid harm. The by-law in my view is a sneaky way to gag our and other independent voices and punish us."

Also at issue was the period given by the City for the public to comment on the by-law. It posted the invitation to comment on its website on 24 February, with the period for comment closing 20 days later on 16 March.

But the City contends that its public participation "took place from 1 February 2020 to 16 March 2020" which was within the stipulated 35-day period, saying "various advertisements and a media releases were issued".

The Mayco member for spatial planning and environment, Marian Nieuwoudt, denied claims the draft by-law aimed to stop, restrict or prevent research within its nature reserves.

"The requirement for researchers to obtain landowner permission to conduct research and monitoring has always been [and is currently] in effect. All requests received are evaluated by the biodiversity management branch's ecological management committee.

"This is to ensure that research is conducted responsibly and provides important input into the management objectives of the nature reserve and/or environment concerned," said Nieuwoudt.

Water bodies in certain nature reserves are subject to periodic incidents of pollution.

Zandvlei Nature Reserve was closed or partially closed at least five times in 2019 due to sewage spills, and water quality in the Diep River and Milnerton lagoon, which falls within the Table Bay Nature Reserve, has deteriorated to the point where the provincial authorities issued a warning to the City last month.

It is uncontested that with less rainfall in summer, the Diep River becomes little more than a channel for discharge from the Potsdam waste water treatment works combined with flows from contaminated storm water drains.

The Cape Town Water and Sanitation Department, led by Xanthea Limberg, was given 21 days from 12 February to provide the provincial Department of Environmental Affairs and Development Planning with its short-, medium-, and long-term plans to end the ongoing contamination of water bodies.

The City subsequently released its anti-pollution plans for the Diep River catchment area on 16 March. The province took action after civic bodies elevated complaints to the Western Cape government in December last year.

Additionally, the City has consistently failed to provide publicly accessible results of the monthly water quality tests it conducts on its rivers, canals, and estuaries.

While water quality results have been provided to protected area advisory committees (PAACs) and residents' associations which have requested them, some PAAC members, and chairpersons of both the Milnerton Central Residents Association and Fish Hoek Valley Residents and Ratepayers Association, have said they had to sign terms and conditions, which include not distributing results without the City's permission.

Nieuwoudt said requests to do research or monitoring inside a nature reserve should be sent to the knowledge manager's email at penelope.glanville@capetown.gov.za.

She added proposals would then be considered by the biodiversity management branch's ecological management committee.

We live in a world where facts and fiction get blurred
In times of uncertainty you need journalism you can trust. For only R75 per month, you have access to a world of in-depth analyses, investigative journalism, top opinions and a range of features. Journalism strengthens democracy. Invest in the future today.
Subscribe to News24
Related Links
Covid-19: 'If I use a bucket of water to do laundry, then I have no water to cook, wash hands'
'Where is the water to wash our hands?' - Khayelitsha protesters ask ahead of lockdown
Coronavirus: Cape Town suspends water restrictions for residents in arrears
Next on News24
LIVE | SA to remain on Level 1, govt mulls mandatory vaccinations as 4th wave looms