Cabinet to appeal judgment declaring lockdown regulations for levels 3 and 4 invalid, confident of another outcome 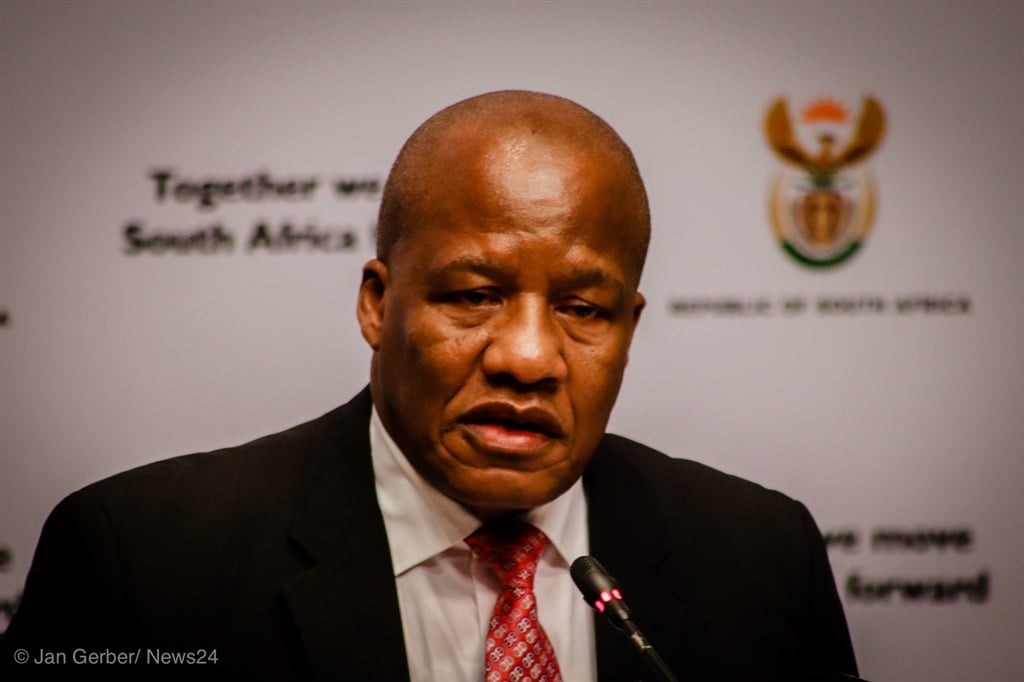 Cabinet on Thursday announced it would appeal the high court judgment, which declared various regulations governing Level 3 and 4 of the nationwide lockdown as unconstitutional and invalid.

Minister in the Presidency Jackson Mthembu said the decision was taken after advice from legal experts.

On Tuesday, Judge Norman Davis found that little or no regard was given to the extent of the impact of the regulations on the constitutional rights of people, and whether the extent of limitation of their rights was justifiable or not.

Davis found that that much of the regulations were irrational, and gave the government 14 days to change it.

Mthembu said Cabinet would appeal through the Gauteng High Court in Pretoria before going to the Supreme Court of Appeal.

"The judgment sought to say regulations Level 4 and Level 3 are invalid - that is the appeal we will be lodging. In our view, those regulations were properly enacted and they served a particular purpose within the framework of our National Disaster Management Act.

"We don't believe that any other court will come to the same conclusion as the Gauteng High Court in Pretoria. That is why we will be starting with the same court," said Mthembu.

He added that they believed other courts would not come to the same conclusion.

The judgment was handed down on Tuesday, following the urgent application brought by the Liberty Fighters Network (LFN) and the Hola Bon Renaissance Foundation.

We are very confident. The articulation of levels within the ambit of Covid-19 were crafted to save lives. That is what we were about
Jackson Mthembu

Davis ordered Minister of Cooperative Governance and Traditional Affairs Nkosazana Dlamini-Zuma to formulate changes to the regulations within 14 days.

Mthembu said they were confident the decisions made by Cabinet on the lockdown regulations were "spot on", and it had managed to save lives.

"We did not do anything that would justify what the court arrived at - that is why we are taking the matter on appeal. We are very confident. The articulation of levels within the ambit of Covid-19 were crafted to save lives. That is what we were about," he said.

Mthembu added that experts from across the globe, including the World Health Organisation, have applauded South Africa's government for its swift action.

"Our decision making was, therefore, spot on. We acted early to put in measures to slow down the virus," he said. He appealed to South Africans to adhere to lockdown regulations, adding that the regulations would remain in force during the appeal process.

"It is not a government matter - it is a matter that all of us South Africans must adhere to, to save lives. All of us must adhere to what the world has coined social distancing."

Related Links
Why lockdown judgment opens up the possibility for more lawsuits against government
Here is what the High Court said about the various lockdown regulations
OPINION | Court throws South Africa’s lockdown exit strategy into disarray. But it got it wrong.
Share
Next on News24
WRAP | Mkhize back-pedals on medical scooters; and Africa could have Covid-19 vaccine by early 2021

Every day ke payday for Daily Lotto players
Full list of lottery results
Lockdown For
DAYS
HRS
MINS
Voting Booth
Have you gone out to eat at a restaurant since restrictions have lifted?
Please select an option Oops! Something went wrong, please try again later.
Yes I have
14% - 1873 votes
No, but I plan to
15% - 2048 votes
No, and I don't plan to
71% - 9615 votes
Previous Results
Podcasts
PODCAST | THE STORY: Will removing statues representing oppression remedy ills of the past?