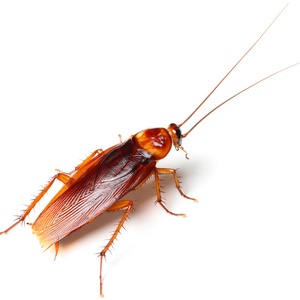 If the summer cockroaches in your home are getting big enough to demand cultery and a napkin, it might be tempting to turn to a range of illegal pesticides to reclaim your territory.

However, the City of Cape Town has warned that getting rid of the cockroaches and their fellow food seekers, the flies and rodents that come with the warmer weather, needs to be done safely.

He said people often did not realise how dangerous certain products were because there either was no package insert, or it was in a foreign language.

He named Two-Step, Green Leaf sachets for cockroaches and flies, Aldicarb, liquid poison mixtures, slug granules and insecticide chalk sticks as some of the products to be particularly careful with.

Badroodien said many of these products were illegal, but they were used because they were cheap and effective, particularly for residents who could not afford to bring in pest control companies.

"Not only are we concerned about how these products keep making their way into the local market, but also about the accidental ingestion, disposal and impact on the environment," he said.

The City's health department is among a number of agencies on the inter-sectoral Pesticide Poisoning Action Group. Other participants are Law Enforcement, Metro Police, the South African Police Service and the Department of Agriculture, Forestry and Fisheries.

The Pesticide Poisoning Action Group conducts regular pesticide raids, combined with education and awareness on the risks of handling illegal pesticides, and how to distinguish between these and legally sanctioned substances.

"We don't disagree that summertime pests are a challenge; rather it’s the way in which they are dealt with that needs attention."

Some tips to keep pests at bay

He said these pests were attracted to household waste, and food that had been left out, including pet food.

Some tips to control the pests include:

Over the course of 12 months in the previous financial year, staff set 110 416 baiting stations for control of rodents.

Residents are advised to contact their local Environmental Health Office or clinic if they have complaints related to rodent activity or any other health risks.

Illegal dumping can also be reported in this manner, or by contacting the City’s call centre on 0860 103 089.

We live in a world where facts and fiction get blurred
In times of uncertainty you need journalism you can trust. For only R75 per month, you have access to a world of in-depth analyses, investigative journalism, top opinions and a range of features. Journalism strengthens democracy. Invest in the future today.
Subscribe to News24
Related Links
Rats still live in Gugulethu settlement's filthy ditches
Illegal dumping near school leads to rat infestation
Rats break into ATM, munch through $18 000 in cash
Next on News24
LIVE | 638 new cases and 125 more Covid-19 deaths in South Africa

Here are your Lotto and Lotto Plus results
Full list of lottery results
Lockdown For
DAYS
HRS
MINS
Voting Booth
When a Covid-19 vaccine for under 16's becomes available, will you be taking your children to get it?
Please select an option Oops! Something went wrong, please try again later.
Yes, immediately!
38% - 4523 votes
I'll wait to see how others respond
26% - 3044 votes
No, I don't think they need it
36% - 4312 votes
Previous Results
Podcasts
PODCAST | MISSING MATTHEW EPISODE 3: Decades of false starts add to a family's despair